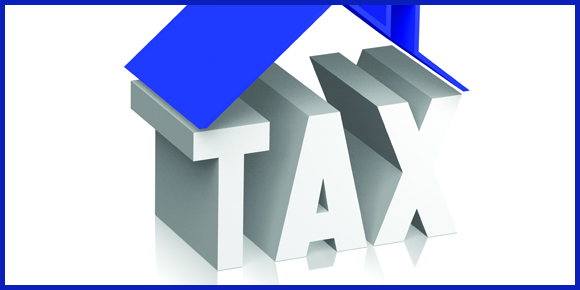 It’s both exciting and nerve-wracking for a family to buy a home. There’s the anticipation of family dinners and fun in the backyard. But there’s also the bill, that big six-digit price tag that will take decades to pay off. Just sign here, here and here for a lifetime of memories and mortgage payments.

Given the wonderful benefits of a family home, and the years of work it takes to pay for it, why would anyone want to make those homes more expensive?

The city of Winnipeg is studying a New Home Tax. That’s not what they call it — they prefer the more spin-able phrase: growth development charges. But it’s money that families would have to give the government when they buy a new home and that’s a New Home Tax.

City hall is spending $225,000 on consultants to do a so-called growth study to figure out how to implement a New Home Tax.

“Growth is placing pressure on public infrastructure and the need for City Council to invest in additional capacity to accommodate growth,” according to the city. “At the same time, the condition of existing infrastructure is deteriorating.”

There’s an underhanded insinuation that families who buy new homes aren’t paying their fair share, but in reality, a big chunk of the price tag for a new home already goes to the government.

According to the Manitoba Home Builders’ Association, here’s the breakdown for a two-storey family home with a purchase price of $444,675: federal taxes — $19,675; provincial taxes — $17,845; and municipal taxes — $4,937. Then there’s another $73,628 to cover infrastructure charges for roads; sewer and water lines; electrical lines; and parks.

Add it up and a quarter of the bill for a new home already goes to government.

The city’s case is based on the constant complaint that it doesn’t have enough money.

In reality, the city is collecting more and more money. From 2012 to 2016, city revenues are rising by 11 per cent, even after adjusting for inflation. Transfers from the federal and provincial governments are up. Property taxes have gone up sharply by 13 per cent. Fees collected by the city have soared by 28 per cent. It’s scary to imagine how much revenues would have to rise in order to satisfy city hall.

On the expense side, the city’s spending has gone up by 17 per cent.

The population is only up 5.5 per cent, so growth isn’t the main issue, especially considering the fact that welcoming more people generally leads to some efficiencies because there are more people to pay taxes and share costs.

For those who aren’t in the market for a new home, there might be the temptation to ignore this issue. That would be a mistake. When city hall spends its way through a New Home Tax, it’s a good bet it’ll come back looking for more new taxes.

City hall thinks taxpayers can always find ways to trim their family budgets in order to pay new taxes. But city hall seems to think that trimming its own budget is an absolute impossibility. This is a hypocrisy that taxpayers simply can’t afford. Taxpayers need to say no to a New Home Tax and tell city hall to trim spending.

(Todd MacKay is the prairie director for the Canadian Taxpayers Federation. This commentary first appeared in the Winnipeg Sun.)