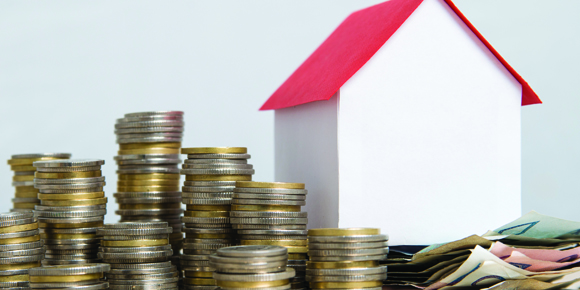 The eve of Canada Day, June 30, is an important date for property owners. It is the due date for your property tax bill.

Of course, many Winnipeg property owners are on the TIPP program where you pay every month with an automatic withdrawal from your bank account. Either way you pay it, it has been increasing the last few years.

In fact, all three of the taxes on your tax bill have been increasing — municipal taxes, school taxes and the frontage levy. Another one that has gone up, which does not form part of your property tax bill, is your quarterly sewer and water bill. And the percentage increases for this one are well above inflation for at least the next three years.

They all add up. While it is true Winnipeg has some of the most affordable house prices in the country, owning a home can be a different story according to the Real Property Association of Canada (RPAC). In their 2015 property tax rate analysis for major cities across Canada, Winnipeg had the highest taxes paid per $1,000 of assessment at $12.49. The average was $8.88 per $1,000. Not surprisingly, the lowest, with its much higher house prices, was Vancouver at $3.54.

This is just one way of looking at property taxes. It is almost certain that the city of Winnipeg would prefer the long-standing  residential property tax, and utility charges comparison that the city of Edmonton did for years and the one the city of Calgary has done more recently. It focuses on Alberta municipalities, but also includes a number of major cities throughout Canada including Winnipeg.

The 2014 property tax survey is based on a representative bungalow or two-storey home, not on the tax rate per $1,000 of assessment value. It also acknowledges the $700 provincial education tax credit all homeowners receive in Manitoba.  For a typical two-storey house, Winnipeg was right around the average for all cities used in the comparison. Some cities, like Vancouver and St.  John’s. were not included for lack of data, but it at least gives you some idea where Winnipeg stands.

If you only look at the municipal tax portion, Winnipeg becomes one of the lowest taxed jurisdictions. It is small consolation, however, when property owners in Winnipeg must pay school taxes (some school taxes are higher than others based on the school division boundaries you fall within), and then factor in the frontage levy which is viewed by many as just another property tax.

Julia St. Michael, the director of research and sustainability for RPAC, was not aware of other municipalities charging frontage levies. And she pointed out that frontage levies are not included in their property tax rate analysis. This RPAC survey also covers commercial tax rates and Winnipeg fares better at around the average for taxes paid per $1,000 charged.

If you disagree with how RPAC does their analysis, one thing you cannot dispute is the percentage change in taxes being charged per $1,000 of assessment. Winnipeg’s taxes in 2015 went up just under three per cent in comparison to 2014 and we know they have increased in 2016 over 2015. We also know RPAC does not take into account our frontage levy, which went up 20 per cent this year to $5.45 a frontage foot.

Saskatoon’s was slightly higher than Winnipeg’s increase, but the majority of other cities saw their tax rate per $1,000 assessment go down in percentage terms, with the average decrease being 1.45 per cent.

Winnipeg needs to be ever so mindful about the cost side of its ledger so that taxes and other charges can be kept in check. Growing the tax base is necessary, but it appears, despite doing that in the last few years, it has not been enough to offset the increasing cost of operating the city.  And we all know infrastructure has not been the only issue of concern to justify higher property taxes. In general, spending has been increasing at a rate whereby property owners will have no choice but to incur higher taxes and fees. Unless more cost-effective measures and controls are implemented to rein in spending, the annual RPAC property tax survey will figure prominently in showing Winnipeg that is not getting its financial house in order.

Higher and newer taxes under consideration, such as the city’s proposed growth fee, are not the answer to attracting more investment and development in Winnipeg. Development will be pushed outside the city boundaries to rural municipalities that are keen to grow their tax base.

In a recent survey conducted by the Angus Reid Institute, Manitobans stood out in making taxes far higher in significance to other provinces. With the exception of the economy, which all provinces gave a much higher rating than all other issues, Manitoba’s rating on taxes was close to health care and the deficit as the top issue.

You have to believe that those Winnipeg homeowners who participated in this Angus Reid quarterly survey didn’t only have federal taxes in mind when rating taxes as such an important issue.