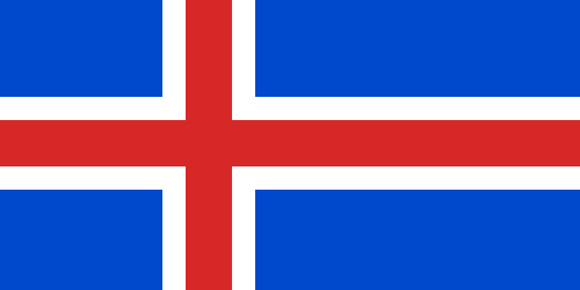 As a young man, I made a trek to Iceland. During my month-long stay, I quickly came to realize that virtually everywhere I journeyed around the island, I was related in some way to someone — some more directly than others.

In the Arnes District, I stayed for a week on the  farm of my grandmother’s sister, although the running of the  sheep-farming operation was in the hands of her son. My grandmother’s sister was my great-aunt, while her son was my mother’s first cousin and I was his second-cousin.

But it was his son — my third-cousin — that I was in the company of for most of the time. He was my age and had the ability to speak English, a blessing for me, since I don’t speak Icelandic. During one conversation, we determined that we both had an interest in sports.

I happened to mention that I liked football and his eyes lit up. He ran into the farmhouse and sprinted back with a round object.

“Let’s kick the football around!” he enthused.

Huh, I thought to myself, what the heck was he doing with a soccer ball. I was talking about Canadian football and its ball that is wide in the middle and tapers to a point at each end.

He saw the confusion on my face and looked somewhat startled. But my surprise was short-lived.

The light bulb moment was at hand. Of course, our game of soccer is football in Europe!

“Sure,” I replied, even though my experience with a soccer ball was limited. In fact, my last exposure with a soccer ball had been in elementary school, during recesses in the winter months, when my school chums and I would kick, but mostly carry, dribble and pass the ball in a hybrid form of Canadian football. A round ball bounces better on a snow-covered playground than a true football.

You can imagine my cousin’s surprise when I tended to pick up the ball and deke around him to score a touchdown.

“You can’t carry the ball,” he scolded. “We can only kick it with your feet. No hands!”

Oops. But I soon got the hang of it, although I couldn’t match his obvious skills — he was a league player.

A pleasant afternoon was passed and then he pronounced that we were going to Reykjavik the next evening to watch how real footballers played. So, the following evening the two of us drove to Iceland’s capital and I saw my very first live “real” soccer game. All throughout the match, he explained the nuances of the game with obvious delight. It was apparent that he and the others in the stands were enthralled with soccer — pardon me, football.

Which brings me to the recent showing of Iceland in the Euro 2016 football championship. It was the spirited enthusiasm of my cousin and others living on the island in the middle of the North Atlantic for what we call soccer that I recalled when watching the matches on TV. Iceland, with just 330,000 people, was by the far the least populated country among the participants in the European soccer championship.

Once I saw how they tied Hungary and perennial soccer powerhouse Portugal and beat Austria, I was amazed. To explain the Icelanders’ showing against such believed-to-be strong opponents, I resolved to text Gunnar Gunnarsson, a family friend who had come from Iceland to Gimli to live for a few years, but returned to Iceland long ago.

He said the tie was not unexpected. “They played the type of game proscribed by coach (Lars) Lagerbaeck and didn’t deviate from it no matter how hard the Portuguese tried their short patterned kicks.

“This is a team that is said to be short on individual superstars, but as a team they’re second to none. Lagerbaeck’s magic paid off. When he took over as coach a few years back, the team was ranked 125th world-wide. They’re now at 34th.”

Gunnar became my go-to guy to explain the Icelanders’ performance on the field and at each stage of their progression up the ladder of soccer stardom.

“What about England?” I asked about the Icelanders’ next opponent.

“If you can play Portugal and Hungary to draws and beat Austria, is there any reason you can’t beat England.

Roughly translated, his last statement means, “Forward Iceland;” Island being the Icelandic word for their country.

Gunnar was right, of course. To the disbelief of the English, the Icelanders prevailed. In the aftermath of the 2-1 loss to the tiny nation, the English coach resigned and the fans pulled out their hair in humiliation that their highly-paid superstars fell to a side that had only a few players in the so-called major professional leagues of Europe. But what Gunnar said was all too true — the Icelanders played as a team and the English lacked cohesion.

But Gunnar was worried about the French. “The French seem to have a bit of what the English were lacking, a reasonably well-organized team,” he texted. “It makes all the difference.”

As it turned out, the French were just too much for the Icelanders, who beat them 5-2. Still, the Icelanders never gave up the battle throughout the match, showing true grit on the field.

“I have to add that if our guys hadn’t let their guard down a bit and played the French with the same abandon as they had as they had all the others, they might well have won the game,” Gunnar commented in another text. “They won the second half 2-1, but lost the first half because they deviated from the game plan of letting the defence anchor and then striking against a frustrated opponent.”

The amazing thing is that the Icelandic fans were far from disappointed by the result. It was England losing and a nation screaming, Why? The fans who saw Iceland lose to the French on French soil — nearly 10 per cent of the nation’s population was there — cheered their heroes and remained long after the French supporters had left the stands to savour the moment. They had made it to the quarter-finals on one of the soccer world’s biggest stages. My guess is they’re no longer ranked 34th in the world.

“I’m really proud of those guys,” Gunnar texted me from Reykjavik. “Really proud!”

His last text said the team was “welcomed by tens of thousands of very happy Icelanders when they came home, deservedly so.”

As a David vs. Goliath story in sports, the Icelanders’ performance at Euro 2016 captivated the world. With Manitoba having the largest population of people with Icelandic heritage outside the North Atlantic country, many keenly watched on TV every game played by the Icelanders. Gimli, where Icelanders settled first in 1875, for a couple of weeks also attracted national media attention.

I should have realized from the example provided by my cousin so long ago that it was just a matter of time that the tiny nation would enthrall the soccer world.