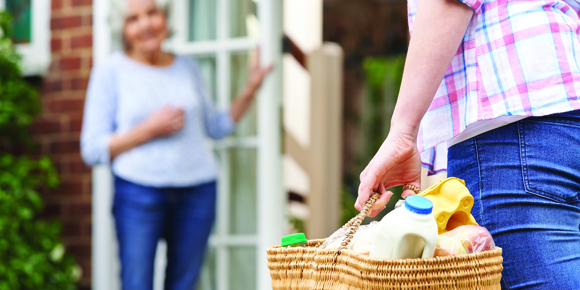 I never liked the TV show, Mr. Rogers' Neighborhood. Maybe, that is because I never really understood what makes a good neighbour until I was confronted by a recent event.

As a REALTOR®, I can talk about many different neighbourhoods in our city. I can say one has large houses on small lots and all you ever see is garage doors going up and down, another is a granola belt, another has too much crime, while another may have too many rentals and another not enough rentals.

I live in a neighbourhood with a claim to fame of being close to the downtown. Yet, where is downtown these days? Is it down a St. James street full of shopping for everything from food to furniture? Or is it Route 90 south with IKEA and the other box stores? Or is it the old definition of downtown where the MTS Centre hosts our hockey team and many concerts?

Each of these areas are considered neighbourhoods and offer different amenities, but one thing they all have in common is that they are made up of neighbours.

I never gave a lot of thought to neighbours, until my attention was recently drawn to this word which has achieved new meaning for me.

In my neighbourhood, there is a website where people post things about their concerns. For example, a shady-looking character who is walking down the back lane while wheeling two bicycles at 3 o’clock in the morning. This form of communication has been effective in catching a number of different criminals.

The real reason for my story is the inspiration I felt when a neighbour checked my sump pump, found an unstable connection in the pipe, went to the building supply store, bought a part and fixed the problem.

On his way out, he noticed a telepost that was not connected to the ceiling. It was hidden behind a shelf that me and the many professionals I have had in my house never noticed. He was able to repair the problem after going to the building supply store.

He is an extremely helpful and kind neighbour. I appreciate that he had the skill set to do the repairs, but I also think that was secondary to the fact that he was being a good neighbour.

I am not suggesting that we all go next door and borrow a cup of sugar or have street festivals every weekend, but I think an awareness of the people who live around us enhances our quality of life. We don’t need to be solely aware of the bad. Neighbours are included in the price of our real estate and are a great asset.

Anyway, this family, who are my new neighbours, are very appreciated.