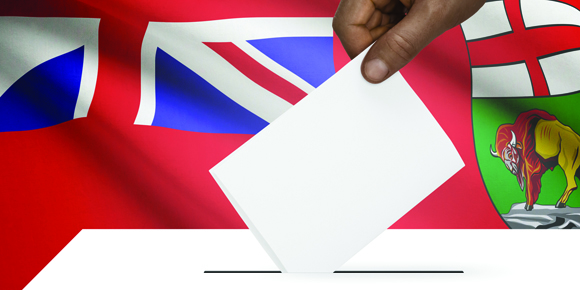 This phrase, which was coined by James Carville, the campaign strategist for Bill Clinton’s 1992 presidential campaign, has since taken on a life of its own.

For industries, such as real estate, there is no question that what happens in a local economy is profoundly important, as the economy has a strong impact on how real estate fares. You only have to look at Calgary’s once booming real estate market to see how the economy can affect real estate. Calgary has seen a complete reversal in its fortunes since the price of oil has dropped and unemployment has shot up, which has resulted in  plummeting real estate sales.

Here is a quote from the Calgary Real Estate Board’s chief economist Ann-Marie Lurie in reference to Calgary’s February housing market activity: “Slow sales and elevated housing inventory has resulted in further price declines. Given the current economic environment, it is no surprise that consumer confidence and housing demand is being impacted.”

Another quote from her, with respect to March sales activity, reinforces the dilemma of a sputtering economy: “With no improvement in the labour market, it’s no surprise that we continue to face downward pressure on housing sales activity and prices. Provincial unemployment rates are at the highest level recorded since the early-’90s.”

So what motivates someone in Winnipeg, where the real estate market is performing reasonably well given better economic conditions and a more diverse and stable economy, to think about Calgary’s woes? What is happening in Calgary is a reminder to Winnipeggers and Manitobans that we should never take our economy for granted when it comes to preserving the value in our homes and real estate in general.

When people start losing their jobs, many invariably are not in a position to hold onto their homes and are forced to sell. Supply, therefore, increases and demand goes down due to a poor economic climate. Consequently, prices drop.

Fortunately for Manitobans, we have not experienced the current ups and downs of some more volatile real estate markets in Canada, but you still need to be mindful of how the economy can affect housing market activity.

All levels of government can, and do, affect how our economy performs.

REALTORS® have been  calling on more affordable housing by lessening the burden of school taxes on property through meaningful reform. It’s clear that how we fund education through property taxes in this province is unfair to homeowners.

And some taxes, such as the land transfer tax, are also particularly unfair to home buyers, especially first-time home buyers.

Home buyers grasp how critical it is to have a well-functioning economy that creates strong employment.

Part and parcel of the job creation objective is making Manitoba an attractive place in which to live and raise a family — one where our young people will stay and help to build stronger communities.

To keep the public informed about the issues leading up to the April 19 provincial election, WinnipegREALTORS® is pleased to sponsor the Winnipeg Chamber of Commerce’s Provincial Leaders’ Debate on Thursday, April 14, at the RBC Winnipeg Convention Centre. The luncheon commences at 11:15 a.m. and runs to 2 p.m. CJOB’s Richard Cloutier will be moderating the debate and will challenge the three main party leaders to share their priorities and vision for our province.

In their own policy symposiums, Realtors discuss what is needed to build a stronger and more competitive economy. In this direction, the Winnipeg Chamber of Commerce has developed a ManitobaBold document, in which they have engaged community leaders to gaze ahead and put forward innovative ideas they feel and believe can make Manitoba a more vibrant place to live and prosper.

Rest assured that the April 14 debate will be an engaging one. It will challenge the leaders on what their plan is to move us forward so that we can enjoy a better quality of life.

All of us need to pay attention to the respective party platforms and get out and vote on April 19.