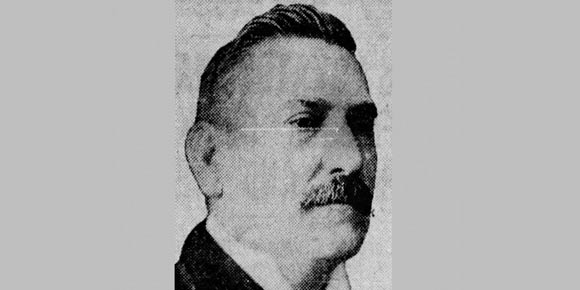 Bizarre would be an apt word to describe the outcome and aftermath of the December 15, 1916, election for a new Winnipeg mayor. In fact, the early days of 1917 could be termed the “Year of the Three Mayors,” a twist on the “Year of the Four Emperors” in Roman history, when four individuals fought a civil war to hold the highest authority in the empire after Nero committed suicide in AD 68. Roman historian Tacitus recounted how in AD 69 four emperors ruled in succession — Galba, Otho, Vitellius, and Vespasian — until the latter emerged as the undisputed leader of the Roman world. In Winnipeg’s year of uncertainty, the three mayors in 1917 were Richard Deans Waugh, David John Dyson and Frederick Harvey Davidson.

The dispute over the outcome of the December 1916 mayoralty race reflected the nature of early civic elections in Winnipeg. It was a time when confusion could reign due to the lack of an official voters’ list, the absence of universal sufferage and the ability to cast multiple votes. It was a system ripe for abuse, which frequently occurred.

Winnipeg’s first election for mayor brought new meaning to the phrase, “Vote early and vote often.” When the ballots were counted on January 5, 1874, Francis Evans Cornish had 383 votes to William Fisher Luxton’s 179. While there were 562 votes cast, there were only 388 qualified electors. Cornish’s total contained 175 votes judged to be “illegal repeaters,” while Luxton’s total had only five repeaters.

The initial result was questioned because the election law allowed one vote per person for each property owned, so multiple property owners voted more than once. Despite the voting irregularities, Cornish was ruled to have successfully become Winnipeg’s first mayor.

Ironically, Cornish had been ousted from the mayor’s seat in London, Ontario, before coming to Winnipeg. His tenure as London mayor ended in 1864 when the council called out the militia to ensure Cornish didn’t resort to some of his old ballot-stuffing tricks.

By the 1916 election, the regulations governing the election for mayor had been reformed by eliminating multiple votes based on property ownership. Still, an individual could vote for an alderman (today’s councillor) in each ward in which they held property.

And in the case of voting for mayoralty candidates, irregularities were often noted, resulting from voters continuing the practice of casting votes in different wards. Without an actual voters’ list, an individual could show up at a polling station in a ward, swear an oath that they were a property owner, cast a ballot for mayor and then repeat the process in another ward.

In other instances, individuals impersonated voters that were out of town on Election Day, taking the oath and casting a ballot. On other occasions, dead people were resurrected and votes cast in their name.

It was essentially an honour system that left a lot of wiggle room for unscrupulous voting practices.

A.A. (Abraham Albert) Heaps, a prominent Winnipeg socialist, who lost the seat for Ward 5 alderman by 59 votes in the December 1916 civic election, provided a letter to the Winnipeg Tribune (published January 3, 1917) that related a series of voting irregularities in his ward.

After obtaining an order by Judge Dawson to inspect the polling boxes in ward 5, he wrote that “the poll book shows that a large number of persons are entered therein as having voted, who did not vote.”

Heaps indicated that T.A. Anderson was entered as having voted, but was sick in bed on Election Day. Mary T. Grasby was not in the city when she was alleged to have voted, since she was then living in Saskatoon. These were just a couple of the numerous examples uncovered by Heaps and his supporters.

“From the above cases it is perfectly plain that marked ballots were fraudulently deposited in the ballot box by the employment of some method which escaped the observation of the scrutineers present.”

While these were obvious irregularities, they weren’t most troublesome from the perspective of outright fraud.

“F.J. Drew, who appears in the poll book as having voted, has been dead for two years. The scrutineers records show that a person appeared and voted in Mr. Drew’s name.”

Heaps said he won’t contest the election of Albert Skaletar in Ward 5, but wanted the irregular practices to receive publicity to gain “the attention of those who desire to see elections conducted as they should be.”

Keeping track of election abuses proved to be extremely difficult and directly contributed to the “Year of the Three Mayors.”

At a candidates’ meeting on December 11, both Dyson and Davidson indicated they supported the Shoal Lake Aqueduct (Tribune, December 12, 1916). The only concern Dyson expressed was with construction defects, which were also mentioned by Davidson.

At the meeting, Dyson said that he didn’t see any immediate prospects of tax reductions for the city’s ratepayers.

“You may expect high taxes because of the patriotic levies the citizens must pay” for the resettlement of First World War soldiers returning to Winnipeg, said Davidson.

“An income tax should be evolved so large corporations would pay their proportionate share of the taxes,” said Davidson. “All are suffering because of the high cost of living, and the city should do all it can to bring to justice the men and corporations who are keeping up the prices.”

Of course, implementing an income tax was beyond the terms of the City of Winnipeg Act.

On December 15, the Manitoba Free Press reported a “regular see-saw” contest between Dyson and Davidson to replace Waugh, the outgoing mayor who wasn’t seeking re-election. The third candidate, R.J. Waddell, was never in the running.

When it came down to the race between Dyson and Davidson, “First one would be in the lead and then the other. Several polls would come in, each giving Davidson a slight majority, and then one would come in with sixty or seventy of a majority for Dyson. The next few polls would wipe this out and again put Davidson in the lead, and the contest was not decided until the very last box had been received and the returns made.”

The last ballot box was received by 11 p.m. According to the Free Press, the final tally was a majority of 66 for Dyson over Davidson, an alderman, and 4,531 over Waddell. But officially, the count became a victory by 18 votes for Dyson. He received a total of 5,009 votes. The Tribune reported that Davidson was actually ahead by 57 votes until the last ballots from the last polling district were counted.

“When the announcement that he was elected came in, Mr. Dyson was loudly cheered by the crowd which gathered at his committee rooms,” reported the Free Press.

Dyson, a local businessman, singled out the work done by the women who supported his candidacy. He said that in the future, women would be filling council seats. Jessie Kirk was the first woman elected to council, winning the Ward 2 election and serving from 1921 to 1922.

Davidson told the press that he was satisfied with the results of the election and would not seek a recount, although rumours began to circulate that the alderman’s supporters would push for such an action.

Just 18 minutes before the Friday, December 29, deadline, an application for a recount was entered by J.W. Morley. The recount was to be conducted by Judge Myers.

“I believe my majority vote will be increased on the recount,” Dyson said at city hall on December 30. “If I am not entitled to the position of mayor (he was then merely the mayor-elect and had not officially taken over the duties of mayor) I do not want it. I have not heard of any valid reason for a recount, but if there is any reason for it I am willing to have the investigation go through to the finish.”

Dyson indicated that he would ensure that his interests were upheld while the recount took place.

Meanwhile, Dyson took up his duties as mayor on January 2 in the presence of ex-Mayor Waugh, who welcomed him to city hall and introduced him to all department heads, which the Free Press declared was a “new precedent.”

“There is no time in the history of the city when we should practice economy more than now,” said Dyson. “All of us are pledged to economy. I hope the work will be carried on in a kindly and co-operative spirit.”

This was a time when the city was engaged in funding the 156-kilometre Shoal Lake Aqueduct to bring potable water to Winnipeg, as well as the construction of the Greater Winnipeg Water District Railway to aid in the aqueduct’s construction.

The Greater Winnipeg Water District, included the city of St. Boniface, the town of Transcona and the municipality of St. Vital and parts of the municipalities of Fort Garry, Assiniboia and East and West Kildonan.

The original cost of building the railroad and the aqueduct was around $13.05 million.

As the new mayor, Dyson automatically would become the chair of the Shoal Lake Aqueduct board, but that depended upon whether the judicial recount upheld his election.