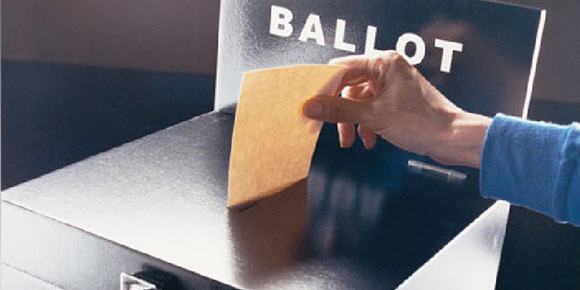 Will 2016 be a repeat of the 1988 provincial election? There are some obvious comparisons, such as polls that showed a resurgence in Liberal support under their new leader Sharon Carstairs, a significant drop in public confidence for the NDP following a long tenure in office (today’s New Democrats have been in power since 1999), and a Conservative Party benefiting from the NDP’s perceived decline under new leader Gary Filmon. While some comparisons may be evident, there is always the unknown factor in any provincial election, and conditions today are somewhat different than was the case in 1988. Still, it’s a fun exercise to look back to the past when considering what may occur in the present.

When Gary Doer was campaigning for the New Democratic Party leadership, some disgruntled NDPers labeled him an opportunist and a “johnny-come-lately.” Adding fuel to the fire was a rumour circulating that Doer had been courted to run for the Conservatives prior to the 1986 provincial election.

The former president of the Manitoba Government Employees’ Association had only returned to the NDP fold in 1986 and was elected as the MLA for Concordia in the same year. Just two years later, Doer was running against stalwart Len Harapiak for the top political job in the province, narrowly defeating his opponent by a 21-vote margin on the third ballot.

The 1988 election was his “baptism of fire” in the normally staid world of Manitoba politics. The election tested his mettle due to criticism that he was leading the party to near oblivion. The handicaps for Doer were a very unpopular previous Howard Pawley NDP government, a resurgence in Liberal fortunes due to Carstairs and the boost given by new leader Filmon at the helm of the Tories.

Just days into the 1988 election campaign, an Angus Reid poll showed the NDP stuck at a pre-leadership convention level of only 19 per cent. Meanwhile, the Conservatives led the polling pack at 43 per cent and the Liberals were at 37 per cent. Other polls showed the NDP falling even further behind.

In urban ridings, where the NDP had been strong in previous elections, the news was mostly all bad — the Liberals had gained significant inroads at the expense of the NDP.

But today’s Liberals, after rising to second place in some polls, are now well back in third position among decided voters. The only area where the party is near the other parties is in Winnipeg, where Liberal support only trails the NDP by four percentage points and the Conservatives are four points ahead of the NDP. Rural Manitoba is another story, as the Tories have a substantial lead over the NDP and the Liberals, although the Liberals are six points above the NDP.

The changing fortunes for the Liberals in 1988 led to some pundits predicting that the party would rise from oblivion to a possible return to power in the province.

“People uncomfortable with Tories and who want to vote against the NDP can now choose a Liberal,” a lawyer told reporter Gerald Flood (Winnipeg Free Press, March 14, 1988).

But there were also individuals preaching caution when making predictions.

“Senator Gildas Molgat,” wrote Flood, “who was leader during the decline and fall of he party, said a major problem of the 60s persists — the fact that Liberal support is spread fairly evenly throughout the province, meaning a significant increase in support does not necessarily translate into seats.”

A Free Press editorial on April 8, 1988, further warned that the polls could not “tell us which party is going to get how many seats on Election Day. They can, however, give us a good, if rough, idea of how the three parties are doing at the moment: The Liberals and their leader, Sharon Carstairs, are steadily increasing their credibility; the Conservatives and their leader, Gary Filmon, are struggling to hold their own and the New Democrats, even with a new leader, Gary Doer, remain in the dumps.”

The view expressed in the editorial may have been a tad generous to the Liberals and somewhat less enthusiastic for the Conservatives who posed the greatest challenge to forming the next government.

But the upsurge in Liberal support was correctly gauged as benefiting from “the massive swing of disgruntled voters away from the New Democrats. They are attracting those voters for two reasons: First, they are not Conservatives and a lot of defecting NDP supporters will be reluctant to swing all the way to the Tories; second, they have earned increased support by running a campaign which, while narrow in scope and occasionally uncertain, leaves a broad impression of honesty and realism.”

It was as the campaign progressed that Doer realized the threat posed by the Liberals and began to fight back. Doer accused Carstairs of voting in the legislature with the Tories on key issues, such as day care, taxes and workers’ rights, “seven-tenths of the time.”

“She was seven-tenths a Tory. Now, she’s ten-tenths a Tory. She’s the ‘yes, me too,’ party, the all-things-to-all-people party. Well, let’s start asking her the tough questions. Where is she going to get the $200 million she agrees with the Tories should be given to the corporations (to abolish the payroll tax).”

His bite wasn’t just reserved for Carstairs. Doer said he had a dream of Filmon being premier and then Prime Minister Brian Mulroney asking him to “jump.” The reply, according to Doer, was “how high.”

Not surprisingly, one of the major issues of today that has been emphasized by Tory leader Brian Pallister was reflected in 1988. “An ability to manage the province’s economy is the most important issue facing voters,” wrote Free Press commentator Pauline Comeau, “and the Conservatives do it best,” according to a survey.

“Competence is what this election is all about,” said pollster Angus Reid.

The April 26, 1988, election results showed Doer had every reason to fear Carstairs and the Liberals, who won 20 seats — 19 in Winnipeg and one in Selkirk —  to the NDP’s 12. Filmon and the Tories claimed 25 seats, forming a minority government.

In 1988, the Conservatives benefited from the split in the centre-left vote between the Liberals and NDP. Today, as long as the polls hold true, there is a possibility that there may be a similar split.

In addition, no one can really argue that present Liberal Leader Rana Bokhari possesses the same experience and political awareness that Carstairs had in 1988, so the fate of today’s Liberals remains a matter of speculation.

In the end, while some comparisons can be made with 1988 (i.e., Premier Greg Selinger’s declining numbers to the advantage of the Tories), the differences between that year’s and this year’s election are also quite evident.