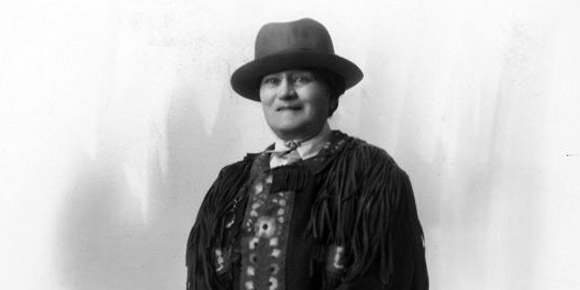 It will be difficult to find an “iconic Canadian woman” appropriate to place on the next Canadian bank note to be issued in 2018 as promised by Prime Minister Justin Trudeau. It won’t be easy due to a lack of deserving women — there certainly are a multitude who are deserving — but because the most deserving Canadian woman has to have died at least 25 years ago, she may be carrying some baggage divorced from the context of her time, but deemed to be of significance today.

For that reason, one of the most famous suffragettes in Canada’s history, Nellie McClung, who helped make Manitoba the first province to grant women the vote in 1916, will have her place on the bank note challenged since she supported the eugenics law that was enacted in Alberta (B.C. followed suit, but Manitoba never passed an eugenics law), which advocated the sterilization of those deemed to be mentally deficient. In fact, many of the first-wave of feminists from her era supported such laws. Canada’s first woman magistrate and a member with McClung on the Famous Five, the five women who successfully lead the movement that had women declared “persons” under Canadian law, Emily Murphy, lectured widely on the dangers of bad genes. “Insane people are not entitled to progeny,” she said.  Irene Parlby, another of the Famous Five, repeatedly called attention to the growing rate at which the “mentally deficient" were propagating.” Her “great and only solution to the problem” was sterilization.

We know today that such laws are preposterous and a violation of basic human rights that the Nazis in Germany took to the extreme by actually killing people they deemed as having sub-par intelligence. Organized murder would not have happened in McClung’s Canada, but sterilization, which was also used in Nazi Germany, was practiced until people came to their senses and recognized eugenics as hogwash. The Alberta law survived until 1972, but well before that people began to acknowledge its stupidity.

But how does that detract from McClung’s and her peers’ other accomplishments, such as promoting equality for women in the workplace and obtaining their right to vote? That remains one of the dilemmas of interpreting history: the widespread belief in eugenics swept the world, including Canada, and was readily accepted as being beneficial for society. Yet, today we know better and wonder how such beliefs ever had an audience. We now have relegated eugenics to the dust bin as “bad science.”

“Whether or not we feel that the heroines of the fight for women’s equality are diminished by their advocacy of a repugnant idea like eugenics will depend not only on our own values of tolerance, but also on whether or not we expect more of our heroes than their own times would allow,” wrote James H. Marsh in the March 6, 2013, Historica Canada article, Eugenics: Keeping Canada Sane.

Personally, I favour the nomination of Ella (E.) Cora Hind as being appropriate for inclusion on a Canadian bank note. She was the first Canadian woman to be recognized as world authority on grain and livestock. Her crop reports in the Manitoba Free Press were noted for their accuracy and had a world-wide following.

John W. Dafoe, the editor of the Free Press hired Hind in 1901, who did not share the Victorian prejudices of his day against women and recognized her stellar qualifications (she was refused a job years earlier by another Free Press editor, but still sent him an article which was published but not accredited) later wrote: “Miss Hind brought to the Free Press a considerable reputation as an accurate and competent reporter of agricultural matters based upon secretarial work done for farming organizations; and her association with the newspaper was at the outset in this branch of newspaper work. But her field rapidly widened until she became the newspaper’s expert authority on agricultural and marketing questions; and the advisor in these fields in the shaping of editorial policies.”

Three years after she joined the Free Press, a crisis in western agriculture arose in the form of black dust disease attacking the wheat crop. Experts from Chicago estimated the crop at 35-million bushels, but Dafoe sent Hind out into the field to make her own report. She came to the conclusion that the crop would reach 55-million bushels.

“This was the joke of the year with the Chicago ‘experts,’” wrote Dafoe, “but when the official figures at the close of the crop year showed a yield of something over 54-million bushels the reputation of Miss Hind as a real expert was made, subject of course to the possibility she might lose it. But in fact she never did.”

Ultimately, Hind’s peers in the press said of her, “The best newspaperman is a woman.”

She had her detracters, but Hind was able to brush them aside in a world then dominated by men and in the process challenged women being only restricted to domestic life.

“The usual statement is that I am a remarkable woman because I can do it; the implication is that the average woman is too dumb to succeed at a man’s task — and I resent that implication, for it is false.”

But, she was not only the first of Western Canada’s renowned female editors, she was also a leader in other fields, such as women’s suffrage. She and Dr. Amelia Yeomans joined together to form the Equal Franchise Club in 1894, and with feminist friends Lillian Beynon Thomas and McClung started the Political Equity League in 1912, which was the driving force behind getting women the vote in Manitoba.

She wrote a regular column for the Free Press supplement, The Western Home Monthly, titled, The Woman’s Quiet Hour, in which she expressed her feminist social and political views, although she started out writing about everyday items such recipes and the latest fashions. Her views would often be criticized as being too radical, but she refused to back down. She wrote her commentary on the “welfare of women in Western Canada” from 1905 to 1922.

Her baggage was favouring all things British and having a disapproval of immigration from other parts of Europe, but she had a practical side. She said, that “they are here and the only wise thing is to make the best we can of them.” She urged other women to “seek to know foreign women,” assist them in learning English, and then place in their minds the “advantages that come to a woman being a Canadian.” Hind may have favoured assimilation (she had no concept of today’s multiculturalism), but she also saw a benefit in their “vast amount of talent lying dormant which we have made absolutely no attempt to develop ...”

Both E. Cora Hind and Nellie McClung have been inducted into the WinnipegREALTORS®-established Citizens Hall of Fame, which honours individuals who have made an outstanding contribution to Winnipeg’s quality of life.

Canadians have until April 15 to nominate an “iconic woman.” For more information, visit the bank of Canada’s website at www.bankofcanada.ca