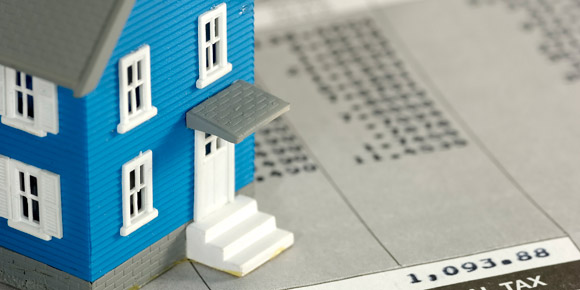 Your school taxes are going up, up, up

We are in the midst of a flurry of activity surrounding city and school division budgets. How these budgets will impact homeowners is yet to be fully determined. However, with the exception of seniors 65 and over, the property tax burden will be higher, depending on where you reside.

This column will focus on school taxes, which were finalized across the province this week. Yet to be finalized is the city of Winnipeg budget that will be passed later this month. A special city council meeting has been called to approve it on March 22, the same day the new Liberal government delivers its first federal budget.

Why are seniors going to pay less property tax in 2016? Manitoba Finance now offers senior homeowners 65 and over a school tax rebate of up to $2,300, as a result, many seniors will pay no school taxes this year.

But the rest of homeowners will be paying more based on school tax increases reported by school divisions within Winnipeg and rural ones, too. Winnipeg School Division, the largest in the province, approved a 5.89 per cent increase. Pembina Trails’ school taxes went up 4.6 per cent, Louis Riel’s rose 4.89 per cent, River East Transcona’s are going up four per cent, and St. James-Assiniboia’s school taxes are going up 3.9 per cent.

The lowest hike within Winnipeg is in Seven Oaks School Division. The board passed a 3.26 per cent school tax increase.

REALTORS®, who have been active in a Let’s Pay Fair campaign which is calling on the province of Manitoba to reduce its reliance on property tax to fund education, were not surprised to see a Winnipeg Free Press editorial this week on this very subject. Entitled, A Better Way to Fund Schools, the editorial pointed out the very flawed way of how education is currently funded. There is really no rhyme or reason on how the funding formula works that places an unfair tax burden on property owners.

This year is another year where increases are well above inflation. With more talk and commitment to full-time kindergarten, new accessibility requirements for schools, staffing requirements, including teacher salaries and benefits, it appears that there is no end in sight for a different outcome.

Why do we not have all Manitobans paying equally on one of the most important core services the provincial government is responsible for delivering?

Education should be funded through provincial general revenues.

And do we need all of these school divisions in the city or throughout the province?

Some school divisions such as Seven Oaks do not have a sufficient commercial tax base to help them alleviate some of the tax burden that homeowners must bear, while others, such as Winnipeg, find themselves vulnerable to a loss in the expected commercial tax base this year.

It shouldn’t surprise the provincial government that Mark Wasyliw, chair of Winnipeg School Division, is calling out in frustration about a system which needs a better way to be funded — one that is not as dependent on homeowners to pay the cost.

Now that we are in a provincial election campaign, it’s worthwhile to query all of the provincial parties about what they intend to do to change an education funding system that is broken and needs a complete overhaul.

We know it will be a challenge since the province’s recent fiscal update, though not an official budget, showed a growing deficit.

National Bank Financial Markets said Manitoba’s deficits “... are now projected to be larger and more persistent than previously anticipated. For the outgoing fiscal year, 2015-16, a summary budget shortfall of $773 million (1.2 per cent of GDP) is now envisioned. That summary balance has deteriorated by $351 million relative to the 2015 budget plan.”

The bottom line for homeowners is that they cannot be expected to continually shoulder more of the school tax burden, or they will have to grow older faster to take advantage of the senior’s school tax rebate.