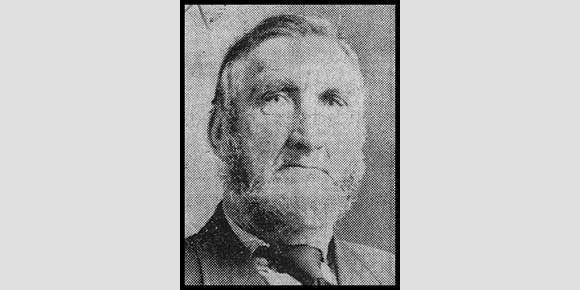 Ginger Snook — one of “the real characters in town”

On a slow news day, and there were many in the city of Winnipeg’s early history, reporters scrambled to fill the pages of newspapers with commentary, using imaginative enterprise to produce copy to titillate readers.

George “Genial” Ham, one of the city’s early reporters and editor’s noted for his humourous stories, wrote in his 1921 autobiography, Reminiscences of a Raconteur, that: “While Winnipeg ... was a sort of Happy Valley, with times fairly good and pretty nearly everybody knowing everybody else or knowing about them, the reporter’s position was not, at all times, a very pleasant one, for on wintry days, when the mercury fell to forty degrees below zero, and the telegraph wires were down, and there were no mails and nothing startling doing locally, it was difficult to fill the Free Press, then a comparatively small paper, with interesting live news.

“A half-dozen or so drunks at the police court only furnished a few lines, nobody would commit murder or suicide, or even elope to accommodate the press, and the city council only met once a week; but we contrived to issue a sheet that was not altogether uninteresting. Of course, when anything of consequence did happen, the most was made of it.”

On dull news days, Reginald Robinson, known infamously as the “Winnipeg Liar” for his mostly fictional accounts about the prairie city sent to U.S. newspapers, would approach Albert Robert Snook, otherwise known as “Ginger Snook” (Robinson used the last name Snooks, a name that was also given to him, and articles over years have used the two last names interchangeably, but Snook was his real last name) for his comments on items of importance at the time, such as women’s suffrage and the goings on at city hall (Snook had a front row seat at council meetings).

Ginger Snook, described as having a “picturesque personality,” had a legendary reputation for his folksy wit and humour.

When not running for city alderman (today’s councillor; a position he failed to achieve despite being a perennial candidate, although he did come close once) or the city’s board of control (no longer in existence; the four-member elected body dealt with city financial and administrative matters), Ginger Snook was awarded the contract as city scavenger — garbage collector. He became relatively wealthy by investing in trucking and real estate, though by the time of his death in 1926 at age 91, Snook’s money had disappeared.

Snook’s commentaries at public meetings were spiked with colourful language when his was engaged in verbal attacks on city councillors and their failings in public office. To emphasize the musings of Ginger, Robinson inserted a brogue (Snook was born in England, but was of Irish descent) into his copy of the musings that he attributed to the garbage collector.

On April 23, 1894, an article appeared in the Winnipeg Tribune in which Snook alleged he had nabbed Charley Peace in England, a supposedly “celebrated bogglar,” and not a man named Robinson (a coincidence?) as earlier reported, and threatened to write the city’s newspapers telling them as such.

Actually, Snook had once been a police officer in London, England, and had a hand in the capture of Charley Peace, who was known in Britain as the “King of the Burglars.”

A portion of the conversation as recorded by a “Tribune reporter,” with slang attributed to Snook to invoke humour, went: “‘But you don’t mean to say, Mr. Snooks, that any one was so foolish to publish his story do you?

“‘Don’t I just? That theer new paper had the whole thing in last Wednesday and was a making a big spread about it; they said as he were a recent arrival and he’s been knockin’ around for a ’ear,’ said Mr. Snooks with a smile which, however, soon disappeared to be followed by the original troubled aspect of countenance; ‘and it’s all — lies,’ he added.

“‘How do I know? Pshaw, see here,’ said Mr. Snooks, turning away in disgust at the reporter’s ignorance; ‘didn’t I live there — wasn’t it a man like me what captured Peace — yes, sir, my himmage! —  Me and (two other names the reporter forgot) — ‘had more to do with capturing Charley Peace, nor that fellow Robinson.’”

At a time when characters were the rule, but the exception, Snooks stood well above them all. Ham considered Snook to be one of “the real characters in town.”

“‘Ginger’ was undoubtedly one of the city’s picturesque personalities,” reported the Tribune in his obituary published on November 18, 1926. “For years his native humor and waggish interruptions were a feature of the civic election campaign. Ward meetings would rock with laughter as he pilloried perspiring alderman or school trustees with alleged dereliction of duty or even with malfeasance in office. To ‘Ginger” was accorded a latitude and tolerance that would probably not have been extended to any other citizen. His quick and ready wit and quaint way of putting things always ‘got by.’”

A report in the November 19, 1926, Winnipeg Free Press announcing Snook’s funeral stated: “Never, perhaps in Winnipeg’s history has there been a more remarkable character. Possessed of exceptional native ability (sic). He was for a quarter of a century, although never elected by any public office, one of the most familiar figures in connection with public affairs, especially those dealing with civic management.”