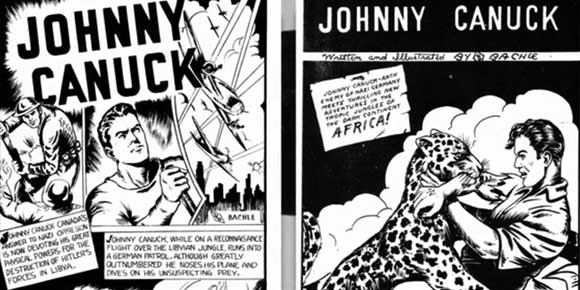 J. Lacey wrote, “I referred to myself as a Canuck the other day and my neighbour was shocked. She informed me that Canuck is an insulting word.”

Your neighbour is wrong. It’s true many American dictionaries do caution that Canuck may be offensive and advise non-Canadians to avoid the word “in the presence of Canadians.” There is a reason for such advice. Canuck was originally used by Americans of the northeastern U.S., some say in Maine lumber camps. It was employed as a derogatory term for a French-Canadian.

But that was a long time ago, as long ago as 1835. Today, Canuck, for both Francophones and Anglophones, is a word of pride. Just think of those “Crazy Canucks,” the Canadian skiers good enough to compete with the best from both Austria and Germany. And how about the Vancouver Canucks of the NHL?

The appellation, “Johnny Canuck,” has referred to a Canadian superhero for more than 100 years and has been used to designate a Canadian soldier. It carries the same sort of proud reference as John Bull for Britons or Uncle Sam for Americans.  There is even a First World War song, Good Luck, Johnny Canuck.

We’re unsure about Canuck’s roots. Several explanations re its origin have been floated. One far-out idea is that it is a variant of the Hawaiian word, kanaka (South Sea Islander). A more likely explanation is that it is a combined form of Canada and Chinook. But the most probable suggestion is that Canuck comes from the Iroquois for, “one who lives in a kanata, a village.” A kanata dweller is a kanuchsa.

Helen Sommerfield wrote, “The term ‘free gift’ drives me crazy.  Please don’t tell me that it’s acceptable English because it’s used so much.”

Don’t panic, Helen. Free gift is what we call a redundancy. That is, it’s an example of unnecessary repetition because a gift by any definition is free.

You are also correct in saying free gift is used all the time. That fact doesn’t make it acceptable English and never will. Nevertheless, it appears free gift isn’t about to go away any time soon. Recorded from 1909, it is kept alive through advertising and by marketing promotions.

Colin wrote from St. Vital, “I see advisor all the time but my gut feeling is that adviser should be the spelling.”

The OED says both spellings are used with equal frequency, but adviser is preferable. At the same time, Oxford doesn’t say advisor is incorrect.

It is probable that the “or” spelling is influenced by the word, “advisory.” I personally spell the word using the “er” ending.

Hank Finlayson of Fort Garry enjoyed reading about Tin Lizzy and recalled the days when a person could, “repair anything that went wrong on his car.”  Alas! Those days are gone forever.

Hank also sent along a riddle which I’ll share with readers.

What time was it when two Model Ts met on a road?