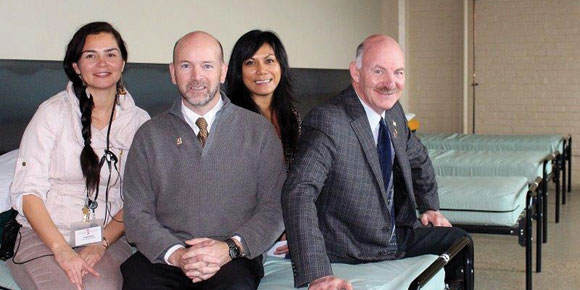 There was some good news about inner-city renewal in a recent study by the Canadian Centre for Policy Alternatives. Jim Silver, a professor and chair of the Department of Urban and Inner-City Studies at the University of Winnipeg and one of the main authors of the State of the Inner City report, said there is more community engagement and development of housing plans to create better neighbourhood outcomes.

This report backs up what WinnipegREALTORS® Housing Opportunity Partnership (HOP) has been pointing out in some of its presentations on housing renewal work in Winnipeg’s West End. Past population declines have been reversed and the State of the Inner City report indicated homeownership is up 10 per cent. Income levels are also increasing, which will allow more inner-city residents to get into homeownership.

The HOP homeownership program’s mission is to advocate and create more opportunities for first-time buyers to get into homeownership in the West End. HOP began in 2007 by acquiring dilapidated properties and completely renovating them as its top priority.  So, it is gratifying that years later different reports and statistics back up the efforts of many to bring about inner-city neighbourhood renewal.

Realtors in Manitoba in more recent years have gotten involved in broader issues than just homeownership, such as a discussion paper that WinnipegREALTORS® produced in 2011 on Manitoba’s acute rental shortage.

Another important initiative is the Manitoba Real Estate Association (MREA) Shelter Foundation, which was founded in 2007.

Realizing that shelter is a “basic human right,” the main criteria for organizations applying for grants is that the want and need has to be shelter-related and that the organization be a registered charity.

Esther House received funds so that they can remain in operation. As a second-stage recovery residence, the stability Esther House offers its female tenants cannot be discounted. They have a high success rate. All tenants are appreciative of the guidance they receive.

Nova House, in Selkirk, Manitoba, received funding towards the construction of their shelter.

These are just a few examples of the good works the MREA Shelter Foundation offers Winnipeg and Manitoba.

Going into its fifth year, the WinnipegREALTORS®-sponsored Gimme Shelter fundraiser generates much needed funds for the MREA Shelter Foundation.

REALTORS® have also been approached to source potential rental homes for Syrian refugees. The Manitoba government has set up a Housing Inventory team to compile a list of landlords interested in renting homes to refugees. The need is for two- to five-bedroom apartments or houses to rent on a month-to-month lease basis. The refugees will have to sign standard residential leases and use income from their private sponsors or the federal government to pay the rent.

If you have a house or apartment to rent, you can email your rental information to: refugeehousing@gov.mb.ca