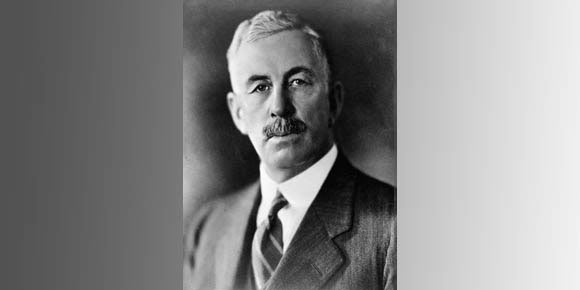 “A three-way race,” “Too tight to call,” “All bets are off,” these are just three of the phrases being used to describe the present federal election.

“We’re heading into, at the start of the campaign, the first three-way race in Canadian history,” one party leader told the National Post.

Well, not quite. It will be the first close three-way race between the Conservatives, Liberals and NDP, but it’s not the first federal election in Canadian history involving three political parties in a neck-and-neck contest. The federal election of December 7, 1921, was acknowledged to be a close race when the campaign got underway. It was also an election that, similar to today, revolved around the economy — faltering after the end of the First World War — and who was the best manager of fiscal policy, as well as a Conservative Party that held a majority in the House entering into the campaign.

The third party in the campaign was the National Progressive Party lead by Manitoban Thomas Crerar. Like many involved in the movement, Crerar was initially a Liberal supporter, although he was convinced by Prime Minister Robert Borden to join his Union government. The lure Borden used to hook Crerar was a cabinet position as the minister of agriculture. Crerar accepted the offer in 1917 and began a political career that spanned decades with only two breaks. He was elected as MP in the Manitoba riding of Marquette (later ridings he represented were Brandon and Churchill).

Borden, though elected in 1911 as a Conservative in opposition to Liberal policy to negotiate a free trade deal with the United States, was able to persuade a number of Liberals to join his coalition. His Union government was nominally formed to present a united front during the First World War. Others would argue Borden used this tactic to maintain a stranglehold on the prime ministership.

Crerar lasted for two years in the Borden cabinet, resigning in protest of the government’s continued high tariff policy in the 1919 budget. Furthermore, the Borden government had refused to continue the Wheat Board, one measure that helped farmers in the face of drought (1918-21) and low crop prices.

As reported in the June 12, 1919, Manitoba Free Press, Crerar told MPs in the House of Commons that he was forced to resign because of his opposition to the government’s fiscal policy of “protectionist tendencies,” favouring eastern manufacturers at the expense of farmers. Crerar and 10 dissident MPs  formed the National Progressive Party — “Progressives” was a name coined by Dr. Michael Clark. The Progressives would shortly evolve into a wider coalition of farmers, socialists and radicals opposed to the traditional party system. Their platform called for a reduction of railway rates, the construction of competing rail lines, a reduction of the tariffs farmers had to pay for manufactured goods and reciprocity (free trade) with the United States. They called their platform the “New National Policy.” Farmers were also enraged at the Union government for cancelling their sons’ exemption from conscription in 1918.

High tariffs were the most contentious item perpetuated by the old National Policy. “It became the symbol of the wheat growers' exploitation and frustration, alleged and actual,” according to Manitoba historian W.L. Morton.

Western politics then had a populist base whereby “government rests on the will of the sovereign people,” and the direct will of the people was paramount.  The populist nature of the Progressives is evident in its composition. The more radical wing of the party from Alberta took its cues from Henry Wise Wood, who believed Parliament should be a place of co-operative decisions made for the benefit of society, not competition between government and opposition. Wise said votes in the House should follow the wishes of constituents and not party unity.

When Arthur Meighen of Portage la Prairie, who had taken over Borden's Unionist government and converted it back to the Conservative banner in 1920, called an election in 1921, the politics of protest were sweeping farm communities in the West and Ontario. It helped the Progressive cause when Meighen, despite being a westerner, adopted protectionism and denounced the Progressives as free traders intent on destroying the big policy for their own selfish class advantage; that is, for the benefit of farmers.

To the astonishment of political observers, the Progressives took 65 seats, including 39 in the West. The Liberals under Mackenzie King captured 117 seats (one less than a majority, forming the first minority government in federal political history) by adopting a diverse platform with something for everyone, and the Conservatives were reduced to 50 seats. Meighen lost his own seat.

A surprise in 1921 was the election of the first woman MP, 31-year-old school teacher Agnes MacPhail who ran on the Progressive ticket. The 1921 campaign was the first election in which Canadian women participated in significant numbers since receiving universal suffrage in federal elections.

Labour Party MP J.S. Woodsworth of Winnipeg came over to the Progressives because he would not support the radicalism then being advocated by the socialist movement. But his stay with the Progressives was short, and he went on to lead the Co-operative Commonwealth Federation (CCF), which eventually was reinvented as the New Democratic Party.

Following the election, the Progressives had the right to form the Official Opposition in the House of Commons, but Crerar refused. Instead, he hoped to find an accommodation for farmers’ policies within the government agenda. The Liberals urged the Progressive MPs to enter into a formal allegiance, as they believed that Progressives were simply “Liberals in a hurry.” The Progressives rejected the Liberal government’s proposals, opting for a “benevolent neutrality” in the House.

But Crerar helped the Liberals remain in power when he rejected a non-confidence motion initiated by the Conservatives. Even Woodsworth supported the government — he disliked Meighen for his role in using force to suppress the 1919 Winnipeg General Strike. As a result of this support, King’s Liberals survived the non-confidence motion by a 162-42 vote.

For its many firsts, including being the first three-way race, the 1921 election is a landmark in Canada’s political history.