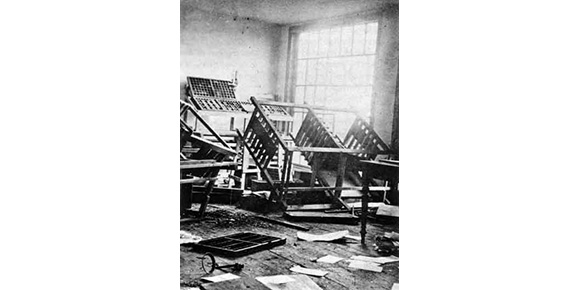 Complaints are making the rounds across Canada about the abuse found in attack ads now appearing on television and radio prior to the actual federal election campaign, which will likely be in the fall, if the prime minister obeys his own mandatory election law.

Conservative attack ads have pooh-poohed Justin Trudeau’s ability to govern by claiming he’s “just not ready.” NDP attack ads run through a roster of  Conservatives who have been charged, convicted or investigated for a range of offences, saying, “Enough is enough,” and that change is needed in Ottawa. So far, the Liberals have indicated an unwillingnesss to launch their own attacks, but be assured that they will when the time becomes appropriate. What all political observers note is that — with a few exceptions — attack ads are successful, even though they tend to be filled with innuendo, half truths and quotes taken out of context.

Still, today’s attack ads are a far cry for the attacks launched by political parties in the past. In Manitoba’s earliest elections, candidates were more likely to be physically, rather than verbally, assaulted. In fact, election campaigns in the 19th century could be rather brutal affairs. Relative to what happened in the past, today’s election campaigns — even with those nasty attack ads — are models of polite behaviour.

In Manitoba, election violence was so prevalent that Eastern newspapers filled their pages with accounts of mob violence at the polls and other skulduggery. During the December 1870 election — the province’s first provincial election — the Hamilton Spectator  told a “sad tale” about the “violent death of a Mr. Tanner.” Tanner had been at an election meeting in Poplar Point and while driving home, “a number of men rushed Mr. Tanner’s horse, waving over-coats and throwing missiles, and the horse took fright, throwing him to the ground, fracturing his skull and causing instant death.”

Tanner’s sin was that he was a critic of Dr. John Christian Schultz, a rabble-rousing politician who first came to public attention through his many conflicts with the Louis Riel-led 1869-70 provisional government in Manitoba. It was Schultz as the leader of the self-proclaimed Canadian Party — mostly made up of recent arrivals from Ontario — who was most responsible for Riel becoming a fugitive when the Wolseley expeditionary force arrived in August 1870.

Schultz, originally from Ontario, had been imprisoned by Riel, escaped his jailers and then fled to Eastern Canada where he convinced Protestant Orangemen and local politicians that Riel should be arrested as a traitor to the Queen and Canada. At the time, Riel had sent a three-member delegation to Ottawa which successfully negotiated the Red River Settlement’s entry into Confederation.

Although he eventually became the province’s lieutenant-governor, a well-respected businessman and MP for Lisgar, Schultz’s early tenure in Manitoba was marred by allegations that he had instigated some of this province’s most deadly election violence.

The Hamilton Spectator wrote that Tanner’s death resulted from over-exuberant electioneering. “We shall charitably hope that Dr. Schultz himself knew nothing of the matter, and that even the men who were the immediate cause of the disaster had no guilty intention of producing it. But it is beyond dispute that since the election campaign began, the violence has been confined to the Schultz party. Their opponents, who have been wrongfully stigmatized in some quarters as disloyal, have acted with a moderation and good sense which ultimately cannot fail to bring its reward, and which has already commended itself to the approval of this country.

“It is time that Dr. Schultz and his followers were made to understand that if they encourage violence which leads to acts such as the death of Mr. Tanner they will not be allowed to assume the name of ‘Canadian Party’ without a protest from those who have a right to protest against the wrongful assumption.”

The Spectator went on to say that Schultz’s return to Manitoba had been marked by “lawless violence.” If Schultz’s followers had been responsible for Tanner’s death, they were never brought to justice. During Manitoba’s early years, election violence often went unchallenged. Even when the culprits were known, the authorities were reluctant to act.

Following an 1872 federal election riot, Manitoba Lieutenant-Governor Adams Archibald knew who had been the ringleaders and said they had been provoked by Schultz. He wrote Prime Minister John A. Macdonald in Ottawa seeking advice on how to deal with the tense situation.

“I note what you say about Schultz ...,” Macdonald replied to Archibald, “but we must treat him now as a friend and supporter.”

Schultz had even visited the lieutenant-governor warning him “against making arrests.” He advised Archibald that if anyone was arrested, civil war would erupt. He predicted the Ontario militiamen in Manitoba would take his side in any future conflict.

The violence perpetrated during the 1870 election campaign did nothing to improve Schultz’s political fortunes. In fact, he lost his bid for election in Winnipeg and St. John riding by seven votes to Donald Smith, chief commissioner of the Hudson’s Bay Company and a prominent local businessman.

When Smith was running in St. Boniface during the 1872 federal election, Schultz’s father-in-law, James Farquharson, was among a mob that had been incited to travel from Winnipeg to a polling booth at the home of Roger Goulet. Farquharson pulled out a revolver, dropped to one knee and took aim at St. Boniface voters, firing his gun over and over again. But he was a poor shot and only managed to wound several people in the crowd and no one was killed.

After the gun play, the mob returned across the river to Winnipeg and proceeded to wreck the offices of the newspapers Le Métis, the Manitoban and Gazette, all of which opposed Schultz. For weeks afterward, Schultz’s Liberal was the only newspaper to continue printing. In a letter to John Gunn, Schultz expressed his satisfaction that rival presses had been smashed.

The riot was never directly attributed to Schultz, although many in the community knew he had somehow been involved. As in the 1870 death of Tanner, Schultz claimed to have a good alibi — he had been in his Lisgar riding during the riot.

Despite not being a witness to the riot, Schultz claimed that “the French had struck the first blow ... and fired the first shot across the River ... hence with them rests the onus of the row.”

While we may now think elections are serious business and it’s scandalous to fall into the abyss of resorting to ill-mannered attack ads, such ads are a far cry from actions taken during early elections, which were more intensely partisan and often violent affairs. We can be thankful that political partisanship is somewhat more “civilized” today and a past deadly political tool has not continued.