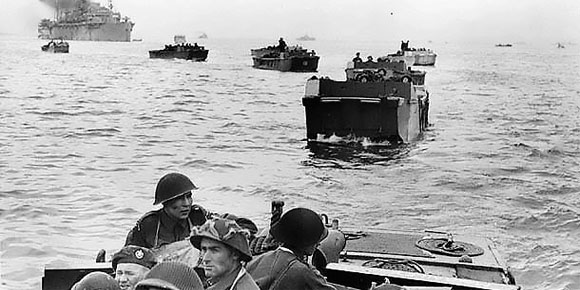 Happenings on the June calendar

And so, the first month of the summer season is upon us again. It’s always a busy time of year with June reunions, weddings, picnics, graduations, sports days, camping and cottage life, and assorted vacation planning. You name it and June has got it.

June offers us National Juggling Day, so juggle your schedule and take a juggler to lunch. This new month also gives us  National Friendship Week, which brings to mind the old line: “A friend is someone who knows what you’re really like, but likes you anyway.”

•  June 6, 1944 — The  D-Day invasion began on the  beaches of Normandy in France. This successful attack, by the greatest sea-borne military force ever assembled, involved Allied soldiers from every service, including 100 warships of the Royal Canadian Navy, almost  40  Canadian Air Force squadrons, as well as troops of the 3rd Canadian Infantry Division and the 2nd Canadian Armoured Brigade.  The Canadian forces helped secure Juno Beach, one of the five landing sites, and suffered about 1,000 casualties on the first day alone.

•  June 6, 1968 — Under the heading, Some Days, in Sport, You Just Can’t Win. It was on this day that race car driver Buddy Baker slammed into a wall at Smokey Mountain Raceway. An ambulance raced up and he was immediately  placed on a gurney and put inside the vehicle.

However, just as the ambulance was roaring away, the back doors flew wide open and out flew Baker strapped to the gurney, which was now simulating another race car.

As Baker and the gurney sped down the track, the other “real” race cars were headed straight toward him. The cars quickly pulled to the side as the embarrassed ambulance crew retrieved their patient. Oops!

• June 21 — Father’s Day. A day for unlimited teasing of good old dad, like this line from Albert Anonymous, “It’s a dull child that knows less than his father.”

Dad will get cards from all the usual people, of course, but now there are even cards from the dog, the cat, the baby, the baby-to-be, the pet hamster, etc.

•  June 21 — The first day of summer.  The Summer Solstice seemed a long way away back in the dark days of January, didn’t it? But now, it's back again and aren’t we glad. Enjoy.

• June 22, 1982 — Red Wings  fans will remember this one. Bruce Norris sold the lowly Detroit hockey team to Mike Ilitch. Through a slow rebuilding process, the team eventually became a massive success in the 1990s, which included their 1997 Stanley Cup Championship win — the first for the franchise in 42  years.

•  June 24, 1497 — Sailing in search of the New World, explorer John Cabot sighted land, which turned out to be North America. Specifically, it was the Canadian coast, probably Cape Breton or Newfoundland.

I guess I wasn’t paying attention in school because I always thought that John Cabot was English. It turns out that his real name was Giovanni Caboto and he was Italian. However, he was sailing for England and claimed the land for Henry VII. It’s speculated that Caboto (Cabot) probably died on his second expedition, the following year.

• June 29 to July 12 — The annual Wimbledon Tennis Championships in England. This ever-so-prestigious event is always a must see for tennis lovers everywhere.

Get in the mood by trying this Wimbledon trivia question: