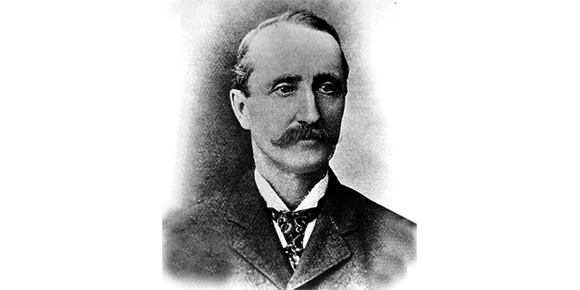 With a new addition to his hotel, “Dutch George” Emmerling had an establishment that was judged to be the toast of the town and the place where Winnipeg’s major players met to plot the future direction of the community.

“What the Russell is to Ottawa, the old St. Lawrence Hall to Montreal, or the Queens to Toronto, Emmerling’s was to Winnipeg. Of course, it was not so pretentious as any of those hostelries but schemes of politicians as portent were secretly conceived and consummated within it as at any of these other places,” reported the Manitoba Free Press on May 31, 1890, when the landmark hotel was in the process of being demolished.

Although originally from Bavaria in Germany, Emmerling was wholeheartedly committed to his adopted country — the United States — and arrived in Winnipeg bearing the belief that it was the manifest destiny of the U.S. to swallow up all the lands controlled by the Hudson’s Bay Company in Western Canada. When Canada took over Rupert’s Land, which included the Red River Settlement, and Manitoba entered Confederation as the nation’s fifth province, Emmerling was crestfallen, but his belief in the “American dream” was unshaken.

Emmerling expressed his American sentiments by flying the Stars and Stripes above his hotel. Another expression of his enthusiasm for the country to the south came on July 4, 1870 — U.S. Independence Day. As reported in the New Nation on July 8, Emmerling’s Hotel “was tastefully decorated with evergreens and a beautiful transparency placed in a window over the door. In the rear of the place a splendid dejeuner (luncheon) was laid out under a large arched pavilion of evergreens, at which, in addition to the guests of the house, a number of gentlemen were entertained by the jolly host, who appeared to enjoy the day while doing his best to make everyone else do the same. The American flag flew from the flagstaff of the hotel and precisely at noon a salute of 21 guns was fired off in the centre of town, not without some damage to sundry panes of glass in the neighbourhood.”

Emmerling was said to have been gleefully smiling in satisfaction during the celebration he hosted to honour the Good Ole U.S. of A.

By this time, Emmerling’s dream of annexation to the U.S. had ended. Eleven days after the July 4 celebrations, Manitoba officially became a province in the Canadian Confederation. “Dutch George” began to feel that he had overstayed his welcome in Winnipeg due to his strong American sentiments.

Ironically, Emmerling directly benefitted when the militia under the command of Colonel Garnet Wolseley arrived in Winnipeg on August 24, 1870, to enforce Canada’s jurisdiction over the new province. According to Alexander Begg and Walter Nursey (Ten Years in Winnipeg: A Narrative of the Principle Events in the History of the City of Winnipeg, 1879), money began to flow into the community with the arrival of the militiamen. “Geo. Emmerling’s Hotel was crammed from morning to evening,” they wrote.

Despite the upsurge in business, it became evident that Emmerling was beginning to wrap up his holdings in Winnipeg when he advertised in the November 8, 1870, Manitoban that those owing him money must “pay up promptly.” It was a common enough announcement placed in the newspaper by other local businesses wanting those owing money to them to pay up, but in the case of Emmerling events would show that he had a more pressing need to clear up customers’ debts, as Emmerling’s tenure in Winnipeg was about to end.

In fact, he left in May 1871 for St. Joseph (the community was renamed Walhalla on June 21, 1871, shortly after Emmerling’s arrival), Dakota Territory, selling his hotel for £2,000 in British sovereigns ($10,000) to Robert A. Davis, a future premier of Manitoba, who promptly renamed the establishment the Davis Hotel, which was soon after renamed Davis House.

A report on city’s hotels in the September 4, 1882, Winnipeg Daily Sun, described Davis House as a wooden building with 36 bedrooms and six billiard tables in a 40-by-60-foot billiard hall, as well as possessing a bar. The proprietor at the time was J.L. Hodge.

As he was leaving, Emmerling was said to have muttered, “Uncle Sam would be coming anyway!”

Of course, that was not to be the case and Emmerling never returned to begin a new business venture in Manitoba. Instead, Emmerling, with his brother-in-law John F. Mager as partner, built a flour mill on his farm adjacent to the future townsite of Walhalla, the first such mill in what would become the state of North Dakota.

Emmerling, who had played such an integral role in the early history of Winnipeg, was born in Bavaria, Germany, in 1827 and died of smallpox on December 17, 1881, in the U.S.

“With the true instincts of the pioneer settler, Emmerling took in one sick of this dread disease, because others pronounced him unclean, and gave his life for the care of him” (Biographical Sketches of Old Settlers Deceased, and Incidents in the Early Settlement of North Dakota, 1909).

Davis owned the hotel until 1875 and then sold out to Sam West and Jack Bell. There followed frequent changes in the hotel’s management: Pete Sandford was a one-time landlord, as were Billy Brown and John Grady. In the boom days of 1882, a man named Hodges ran the hotel “and cleared $18,000 in the year,” according to the May 31, 1890, Manitoba Free Press.

“At one time the bar allow rented at $500 a month — and was a profitable investment — for the whiskey galore that was drunk then would float a ship, and the money that was spent would pay off the city debt.”

The next owners were a syndicate of John Macdonald, Ed Rothwell and Dave Young. The property was then bought by Alexander McIntyre for $100,000.

In 1886, Jim Naismith, who previously ran Russell House, leased the premises and made renovations.

“With the change of its interior, there was a change in the class of customers. The old gave way to the new. The place had at one time fallen in public estimation, but under the new regime it took its position as amongst the best and most respectable places of the kind in the city.

“Wine had flowed freely in the early days; good whiskey had given place to vile decoctions; but as the X-10-U.S., the place eclipsed its former reputation, and its attractiveness was appreciated by those who enjoyed a thirst destroyer of whom it is suspected there are still some living in the city” (Free Press, May 31, 1890).

According to the article, the old structure would have served for a good many more years, but was a victim of the march of progress.

The hotel Emmerling founded, when Winnipeg was little more than a backwoods hamlet with a smattering of ramshackle wooden buildings, was fated in 1890 to make way for an extension of McIntyre Block.

“The work of tearing down the old place has already commenced; in a few days it will be leveled to the ground; in four or five months the new structure will have reared its lofty head toward the sky, and the X-10-U.S., the outcome of one of the pioneer hotels of the ‘settlement’ days — the rendezvous of leading spirits in 1890 as it was nearly three decades ago — will re-open on the historic spot with all the magnificence and splendor that art can suggest and money can secure.”

The McIntyre Block was destroyed by fire in 1898 and then rebuilt. The former site of “Dutch George” Emmerling’s Hotel has been a parking lot since the block was demolished in 1978.

In 1999, a plaque was erected in front of the nearby Bank of British North America Building, 436 Main St., by the Manitoba Heritage Council, but it commemorates Robert A. Davis and Davis House and gives just a brief mention of Emmerling.