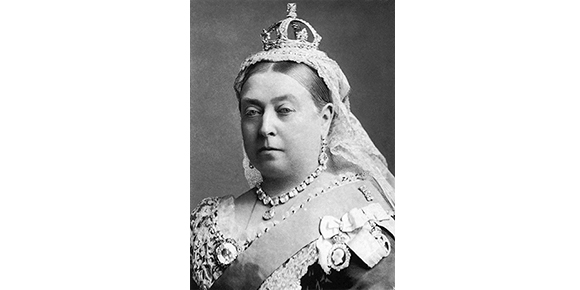 May two-four or Victoria Day?

Canada is the only country in the world that it celebrates the birthday of a long-dead queen as an official holiday. Our Victoria Day marks the birthday of Queen Victoria on May 24, 1819. But to ensure the holiday always fell on a weekend, royal proclamations were issued changing the date until 1952, when the Governor-General-in-Council moved Victoria Day to the first Monday before May 25. This year, the holiday falls on Monday, May 18, which happens to be  six days before the official birthday of the  monarch.

There is a Victoria Day in Australia, but it’s a localized event marking the founding of the state of Victoria (as a separate colony in 1851) and it’s celebrated on July 1, the day on which our Canada Day is celebrated.

As with everything Canadian, there are always exceptions to allegedly national holidays. Nova Scotia is the only province or territory not to designate the day a statutory holiday, but Nova Scotia also doesn’t believe in Thanksgiving or Boxing Day as holidays. It’s too bad that Nova Scotians are being denied the first holiday of the year that has in other parts of the country been used as the opportunity after a long winter to open up cottages for the summer season, travel to parks to camp out, go on a fishing trip or just visit family residing in another town or city.

It’s the opportune time to dust off and fire up the barbecue to sear the first steaks of the grilling season. And there’s also the proverbial accompanying can of beer. In fact, the holiday is often referred to simply as “May two-four” — two-four being the name given by Canadians to the 24-bottle/can case of beer and mentioned in the McKenzie Brothers’ skits of SCTV fame.

In truth, the actual reason for Victoria Day is shrouded in the mists of the past and has no significance other than being a holiday to most Canadians. Historically, it goes back to the period in history known as the Pax Britannica, which was a time when the British Empire and Queen Victoria were celebrated with great enthusiasm across Canada. In fact, recognition of Queen Victoria’s birthday precedes Canadian Confederation. The legislature of the Province of Canada (now Ontario and Québec) in 1847 passed a law officially recognizing the monarch’s birthday on May 24.

The Pax Britannica was a time when red, the colour of the British Empire on the map, stretched to the four corners of the globe. During the Victorian Era, the empire comprised nearly a quarter of the world’s landmass and a quarter of its population — 372 million people and 11 million square miles, which was 91 times the area of Great Britain.

It was during her reign that Canada became the first nation in the British Empire to become a self-governing country. The creation of Canada would serve as the template for the later end of colonial status in Australia, New Zealand and South Africa.

Years before the Canadian Confederation, Queen Victoria had personally selected the capital of Canada as Ottawa when it was still a sleepy backwater called Bytown. The British North America Act, creating Canada in 1867, was enacted and signed in the name of “Victoria Regina” in the 30th and 31st year of her reign. Any laws and bills passed by the Canadian Parliament from that point on were enacted in her name and those of her successors. An official act of the Canadian Parliament still is given Royal assent, though the governor general acting in the name of Queen Elizabeth, the sovereign head of state of Canada.

That is not to say all people are enamoured by having a holiday named after a long-dead queen. While polls show that the majority of Canadians support Victoria Day (who wants to abandon a holiday?), they aren’t supportive of commemorating the nation’s ties to Britain and its colonial past, which has resulted in movements to re-emphasize the nature of the national holiday. In 2003, Quebec renamed the holiday National Patriots’ Day. Earlier the holiday had been called Fete de Dollard, after Adam Dollard des Ormeaux, who led locals against the Iroquois in 1660. In 2013, a group of prominent Canadian actors, authors, and politicians sent a petition to Prime Minister Stephen Harper, requesting that the holiday be renamed Victoria and First Peoples Day.

Through much of its early history,  Canadians had their own country but they were still officially British citizens and for the most part took pride in that citizenship. After all, Britain was the most powerful nation in the world.  Many Canadians, at least the English-speaking segment of the population, were just as jingoistic as Londoners when it came to things British. The Great Seal of Canada was designed in 1869 to show Her Majesty Queen Victoria seated, crowned and holding a sceptre in her right hand and the orb in her left with the coat of arms of the then four provinces making up Canada surrounding her.

James Morris in his book Pax Britannica: The Climax of an Empire, called the Empire, “a wild jumble of territories, and ranged from proper nations like Canada, negotiating its own commercial treaties and announcing its own tarrifs, to backwaters like British New Guinea, into whose murky hinterland no Englishman had ever penetrated.”

Author Rudyard Kipling — famous beyond the borders of the empire and a died-in-the-wool imperialist — wrote about the “white man’s burden” to bring civilization to the so-called savages. What he should have mentioned is that the burden had more to do with preserving British global trade and exploiting native labour and resources for the benefit of white man’s commerce. Rebellious subjects such as the Sepoys in India, Afghans in Afghanistan, Maoris in New Zealand, and Zulus in South Africa were overcome by British arms. British regulars and Canadian militia led by Colonel Garnet Wolseley, a British officer who would go on to glory and fame as the enforcer of the British Empire, went west in 1870 to quell the so-called Red River Rebellion in what would become Manitoba.

The British roamed the Seven Seas as top dogs. “Ever since the triumphant conclusion of the Napoleonic Wars they had seemed to be the arbiters of the world’s affairs, righting a balance here, dismissing a potentate there, ringing the earth with railways and submarine cables, lending money everywhere, peopling the empty spaces with men of the British stock, grandly revenging wrongs, discovering unknown lakes, setting up dynasties, emancipating slaves, winning wars, putting down mutinies, keeping Turks in their place and building bigger and faster warships,” wrote Morris.

“We send a boy out here and a boy there, and the boy takes hold of the savages of the part he comes to, and teaches them to march and shoot as he tells them, to obey him and believe him and die for him and the Queen ...,” wrote G.W. Stevens in the London Daily Mail.

Having ruled since she was 18, for 64 years, Queen Victoria’s longevity helped reinforce the stereotype of Victorian England and the might of the British Empire that has come down to us in the form of a holiday. How relevant is it now in the above context? Not very. But it is a holiday that falls at the right time of year.