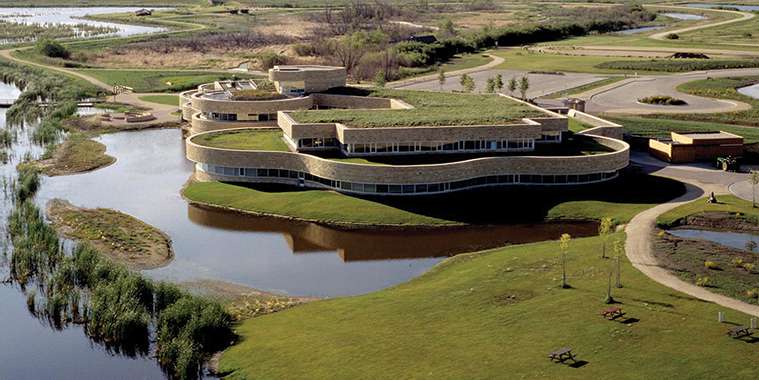 Oak Hammock Marsh: A unique way to celebrate both Mother’s Day and nature

Looking for a unique way to spend Mother’s Day this year? Oak Hammock Marsh is hosting a Mother’s Day Wildflower Sale and Afternoon Tea on May 9 from 10:00 am to 4:30 pm. Treat mom to a memorable day at the Marsh!

Turn your garden into a bee-friendly place this summer during their wildflower sale (supplied by Prairie Originals). Then, enjoy a delicious spot of tea in their scenic cafe overlooking the marsh. Afternoon Tea is $20 per person and includes sandwiches, desserts, scones with cream and jam, and a pot of tea. Seating is limited and is available at 11:30 a.m. and 1:00 p.m. Note that only members of the same household can be seated together as per provincial regulations. However, take away boxes are also available.

Oak Hammock Marsh is one of North America’s birding hotspots and a great destination for people of all ages. This 36 square kilometer Wildlife Management Area features a restored prairie marsh, aspen-oak bluff, waterfowl lure crops, artesian springs, some of Manitoba’s last remaining patches of tall-grass prairie and 30 kms of trails for you to explore.

This wetland is home to 25 species of mammals, 300 species of birds, numerous amphibians, reptiles, and fish, and countless invertebrates. During migration season, the number of waterfowl using the marsh during migration can exceed 100,000 daily!

The Centre is located on the edge of the Oak Hammock Marsh Wildlife Management Area and is a non-profit organization. Its mission is to “Connect People with Wetlands”.

The original marsh that existed at this location was originally called St. Andrews Bog. It extended north from the edge of present-day Winnipeg to Teulon and covered approximately 47,000 hectares (116,139 acres, 470 sq kms or 181 sq. miles).

The name “Oak Hammock” dates back to the early 1870s. Settlers from Lower Fort Garry and St. Andrews used to gather for community picnics on an oak-covered knoll bordering “The Bog”. Its owner — Adam MacDonald — called the heavily treed knoll “Oak Hammock” and the name was eventually adopted for the whole area.

A less romantic theory is that the name is simply derived from “Oak Hummock” — a term that is sometimes used to describe a raised stand of trees. Whatever the origin of the name, the area became known as Oak Hammock. The name became official with the opening of the Oak Hammock post office, which was used until the early 1900s.

In the late 1960s and early 1970s, the Provincial Government acquired 3,450 hectares of land from local landowners with financial help from the federal government’s FRED program (Fund for Rural Economic Development). In 1972, with the assistance of Ducks Unlimited Canada, the Government of Manitoba began constructing 22 kilometers of earth dykes to restore a small portion of the original marsh. Construction was completed in the spring of 1973, and the restored marsh and surrounding upland areas were officially designated as Oak Hammock Marsh Wildlife Management Area (WMA). The WMA is 3,581 hectares or approximately 3600 hectares (36 sq kms or 8,896 acres or 14 sq. miles) in size. It is operated by Manitoba Sustainable Development.

Construction on the Conservation Centre began in 1991. Much of the work was done in winter to reduce any impact on the spring and fall migration periods. At a cost of $11 million, the building was designed to blend in with the landscape as much as possible by using local limestone on the face of the building. The entire area was landscaped with native grasses, shrubs, trees and flowers to provide a more natural and productive setting for wildlife and people. Construction was completed in the fall of 1992. The Conservation Centre hosts Ducks Unlimited Canada’s national headquarters, as well as the Harry J. Enns Wetland Discovery Centre. The official opening for the Centre took place on May 1, 1993, twenty years after the original restoration of the Marsh.

Can’t make it out there? Check out their live “goose cam.” Up until May 4, it was possible to see a mother goose sitting on her nest. In the second week of April, a Canada Goose pair made their nest on the green roof of the Wetland Discovery Centre. The mother laid eight eggs and had been sitting on them waiting for them to hatch under the father’s watchful eye. The eggs hatched on May 4 (May the 4th be with them!) and the proud parents led their five healthy goslings to the safety of the surrounding marsh.

Oak Hammock Marsh is open year-round. Trail maps are available. For more information about programming, hours, admission fees and how to become a member or volunteer, visit oakhammockmarsh.ca