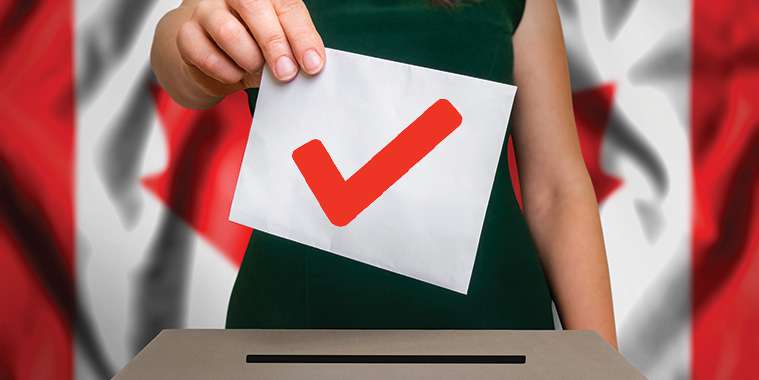 No clear winner is emerging with just a few days left before Canadians head to the polls to elect a new federal government. A minority government may be the most likely outcome, which has happened before. From a REALTOR® perspective, this federal election has brought housing to the forefront like no other given how all federal parties are aware the largest voting bloc — millennials (22-37 year olds) — have made housing one of their top priorities.

The Canadian Real Estate Association (CREA) helped bring the concerns of millennials to the forefront when they commissioned Abacus Data to conduct a survey of 2,500 millennials across the country in spring 2018. The message was resounding in that over 6 in 10 millennials rated housing affordability as a high priority. Higher than many other issues queried such as government spending, cutting taxes, fighting climate change, personal debt and prescription drugs. And it is important to state that all provinces — with the exception of Quebec — rated housing affordability as one of their top issues.

The desire for homeownership is as strong as ever for millennials. Up to 86% of non-homeowners indicated they want to own a home. Not surprisingly, coming up with a down payment to buy a home and the ability to afford monthly mortgage payments were cited the most when asked what affects housing affordability.

In Ottawa on October 5, CREA’s federal election platform proposals were addressed at a National Housing Debate it hosted with four other housing-related associations. Much of the discussion between the five major political parties represented focused on improving housing affordability and supply.

It should be noted that having key representatives from these federal parties debating housing on a national stage at all is significant. The Liberal Party representative was Adam Vaughan who has been parliamentary secretary to Jean-Yves Duclos, the Minister responsible for CMHC and the National Housing Strategy. Vaughan is very conversant on the Liberal Party’s housing file and platform. The Conservative Party had the Honourable Pierre Poillievre, a former cabinet minister, Opposition Party Finance critic and an experienced debater. The other MPs were from area ridings and represented their respective parties well.

Housing supply was discussed throughout the debate, with particular emphasis on how it could be increased. How much can the private sector be levered to do more? What federal funding is necessary to build more affordable housing projects such as what we are seeing now through the National Housing Strategy?

Poillievre talked about loosening red tape and regulations which inhibit the private sector from bringing new housing to market faster and at less cost. The Conservative Party is also promising to set aside federal lands for housing development.

Vaughan, on the other hand, along with the NDP and Bloc Quebecois representatives, questioned the feasibility of this approach, given that private builders focus predominantly on market housing without the necessary  incentives to build rental and affordable housing. The Liberals have already established a National Housing Strategy which commits $55 billion towards housing over 10 years, with a number of programs and/or initiatives targeting housing supply. The NDP will waive the GST on affordable housing construction and have pledged to build 500,000 affordable units over 10 years. The Green Party is on record saying they will get behind the National Housing Strategy and propose building 25,000 new housing units and renovating 15,000 more every year for 10 years.

On the mortgage stress test, the Conservatives have come right out and said they will fix the stress test by ensuring that first-time buyers are not unnecessarily prevented from accessing mortgages. They also indicated they will work with the Office of the Superintendent of Financial Institutions (OSFI) to remove the stress test from mortgage renewals so homeowners have more options to seek a competitive rate.

In their 2019 federal budget, the Liberals said they are prepared to monitor the effects of its mortgage finance policies and adjust them if economic conditions warrant. During the CREA debate, some compromise on this issue was detected with Vaughan acknowledging ways that the stress test can be applied on a more regional basis that will not introduce more risk to the current market. CREA’s election proposal is to adjust the stress test to make it more regional in nature to better fit the realities of local housing markets across the country. CREA suggests a regional test can be applied to take into consideration factors such as housing market activity, average cost of a home, employment levels, income levels, etc.

The Bloc Quebecois representative conceded there needs to be more flexibility than currently exists with the stress test for those markets where concern for a real estate bubble never existed.

With respect to CREA and a number of other housing-related associations calling for reintroducing the 30-year amortization on insured mortgages for well-qualified first-time buyers, both the Conservatives and NDP have included this one in their respective platforms. The NDP have also partially addressed CREA’s election proposal to increase the first-time home buyers’ tax credit from $750 to $2,500 by calling for it to be doubled to $1,500. This tax credit was brought in by the Conservatives in 2009.

Last but not least, the Liberals, Conservatives, NDP and the Green Party have all put forward incentives to encourage Canadian homeowners to retrofit their homes to assist with reducing GHG emissions while making Canada’s housing stock far more energy efficient. CREA, in its 2020 federal budget submission, has proposed the creation of credit or rebate programs to incentivize homeowners to retrofit their homes. They have also called for the establishment of a national standard for energy auditing to ensure consistency.

Whoever succeeds in forming the next federal government now knows that Canadians are placing more importance on housing as an issue they need to address. Rest assured, REALTORS® will remain active in continuing to advocate for improved housing affordability and supply, ensuring that your voice is heard on this very important topic. REALTORS® are experts on their local markets, so ensuring that the government continues to seek their input on developing effective federal housing policy at the regional level makes sense.

There is still time to exercise your democratic right to choose if you did not take advantage of the advanced polling option. Go out and vote on October 21.