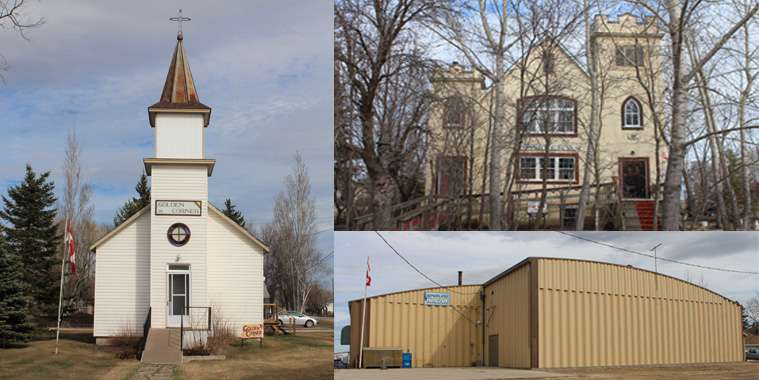 Only traces of history remain in Sperling, Manitoba

Just off Highway 3 in the Rural Municipality of Morris is the hamlet of Sperling. Today, it is a cluster of a few dozen homes and industrial buildings, but it was once a bustling community boasting as many as fifty businesses.

The region was settled in the early 1880s primarily by transplanted Ontario farmers and entrepreneurs seeking new opportunities. They named the region Mariposa.

In March 1901, the Morden and North-Western Railway Company, an arms length subsidiary of the Canadian Northern Railway, was created to build branch lines to Manitoba including one to serve Sanford, Sperling, Homewood and Carman.

A notice in a November 1901 edition of the Shoal Lake newspaper stated that “The new station at Mariposa on the CNR is to be called Sperling.” Canadian Northern was no doubt paying tribute to Sperling and Company, the British bankers who issued debentures and loans to fund the railway’s construction work. The following year, the Mariposa post office followed suit and changed its name to Sperling.

The first Canadian Northern ads for train service from Winnipeg to the new branch line appeared in February 1902 and that spring work got underway building a townsite. A Winnipeg Free Press reporter visited in July and wrote that Sperling “is situated in one of the best farming districts in Manitoba, a good prospect is held out for a thriving town at this place.”

Sperling did thrive. Over the next couple of decades it boasted bumper crops most years and was soon home to a two-storey hotel, a consolidated school, various retail stores, garages, a blacksmith shop, a lumber yard and grain elevators.

The Depression hit Manitoba’s farming communities hard. In Sperling’s case, the misery was made all the worse by a fire that swept the east side of Main Street in November 1931. Destroyed were the village office, fire hall, a general store, the telephone exchange, a mechanics’ garage and the blacksmith shop. The hotel was the only substantial building left standing.

In recent years Sperling has lost most of its remaining historic buildings to demolition: Sperling Consolidated School in 2006, the Legion Hall in 2011 and the former Manitoba Pool elevator in 2015. There are just a few traces of its thriving past left, though its history has been well documented digitally at the website www.sperling.ca

It was constructed in 1897 for Waddell School District No. 925 as the area’s first schoolhouse. Classified ads looking for teachers in the early 1900s described it as being located “one mile north of Sperling Station on the CNR.” The building became redundant when the larger Sperling Consolidated School was built in the hamlet in 1910.

According to the region’s centennial history book the old school was sold off, moved onto Main Street and became a private home.

In 1935, the district’s small Catholic community, which had been worshipping in homes since 1908 thanks to regular visits by the parish priest from Starbuck, purchased it. The building was renovated into a church and dedicated to St. Theresa.

The church closed in 1972 due to a dwindling congregation and later that decade the building was donated to the seniors of Sperling. In 1981 it was renovated into the Golden Corner Seniors Centre.

The original Methodist Church on this site was constructed in 1903. It became a United church in 1925 with the merger of the community’s Methodist and Presbyterian congregations.

In 1943, the old church was demolished to make way for a new one. It is in the gothic revival style and constructed from wood salvaged from the earlier church and finished with a stucco facade. It was dedicated on September 22, 1944 with a supper at the community hall followed by a church service that began with the unveiling of an honor roll by Lieutenant Governor R.F. McWilliams commemorating those from the district who died in the two World Wars.

The church closed in 1993 due to a dwindling congregation and the building was put up for sale.

The purchasers were Ken and Ruth Potter. They converted it into a residence and a workshop/studio for Ken’s artwork, which includes mural painting and stained-glass window construction. For a time, it was home to a Friday night live music revue.

Sperling has a long history of sporting excellence in baseball, softball, curling and hockey. The winter sports ended abruptly in 1977 when the old rink that was constructed in 1921 had to be demolished. A by-law to issue debentures to build a new arena was rejected in a municipality-wide plebiscite in June 1978.

The community and its rink committee regrouped and in 1980 approached the Municipal Board to seek permission for the Rural Municipalities of Dufferin, Macdonald and Morris to borrow a combined $100,000 towards a new $224,000 facility. Hearings were held in late summer and by the end of the year the borrowing was approved without the need for another vote.

The new steel-clad arena which houses a rink and two curling sheets opened in February 1982.