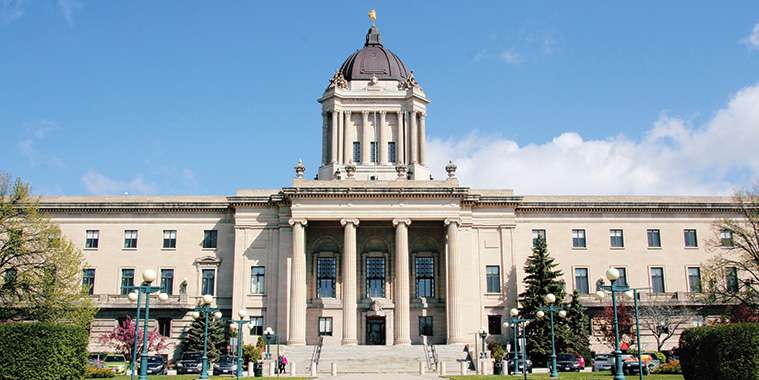 While a long time coming, June 11 marked the unveiling of the Canada/Manitoba bilateral 10-year housing agreement. This is a cost-shared agreement with nearly $450 million to support social and community housing in Manitoba. Key priorities for Manitoba are housing repair, new construction and affordability.

“The Government of Canada is committed to ensuring that every Canadian has a safe and affordable place to call home. Long-term, predictable funding for housing has been needed for more than a decade. Today, with the Manitoba Government, we have taken a significant step toward our goal of building strong communities where Canadian families can prosper and thrive, now and for the future. Our Government will continue working in partnership with Manitoba and other provinces and territories towards a 15% expansion in new affordable housing units and renewing 20% of existing community housing units across the country,” said Adam Vaughan, Parliamentary Secretary to the Minister of Families, Children and Social Development (Housing and Urban Affairs).

“Accessible, affordable and quality housing options are a priority for our government because they are a priority for Manitobans,” added the Honourable Heather Stefanson, Minister, Manitoba Families. “By signing this bilateral, we are committing to a decade of strategic investments that will make a difference in the lives of children, families, seniors, vulnerable people and many others. Manitoba is continuing on its path to become Canada’s most improved province by working in partnership with the federal government and many other critical agencies and organizations who share our dedication to housing issues.”

A few of the key facts from the new agreement are:

•           These investments are in addition to almost $269.2 million previously planned federal housing investments in Manitoba through the Social Housing Agreement (SHA) over the next 10 years. In addition to new construction, combined investments under the NHS bilateral agreement and the SHA will target the preservation of at least 23,417 existing community housing units in Manitoba.

•           The Government of Canada is currently rolling out its National Housing Strategy (NHS), an ambitious 10-year, $55 billion plan that will create 125,000 new housing units, repair and renew more than 300,000 housing units and reduce chronic homelessness by 50%, with the target of removing 530,000 families from housing need.

•           The NHS is built on strong partnerships between the federal, provincial and territorial governments, and continuous engagement with others, including municipalities, indigenous governments and organizations, and the social and private housing sectors. This includes consultations with Canadians from all walks of life, and people with lived experience of housing need.

•           All NHS investments delivered by the federal, provincial and territorial governments will respect the key principles of the NHS that support partnerships, people and communities.

•           The Government of Manitoba will develop and publish three-year action plans, beginning in 2019-2020, setting targets and outlining how it will use federal and cost-matched funding to achieve the desired outcomes.

As much as WinnipegREALTORS® focuses on market housing with the operation of the MLS® and keeping on top of market activity through its regular assessments and highlights of developments within its market region (extends well beyond the city of Winnipeg), it does understand the full housing spectrum from homelessness to social housing, rental and market housing including resale and new. In fact, it was proud to release a discussion paper on Manitoba’s rental housing shortage in 2011, and followed that up with direct participation in a provincial rental housing supply roundtable. This led to a number of recommendations in 2012 of which a number were acted upon to incent new rental construction.

The rental vacancy rate today has increased to a more balanced level from its extremely low rate in 2010. Housing supply has become a major issue across the country, and WinnipegREALTORS® is still very much concerned about how Manitoba can provide housing for its growing population.

The federal government — as part of the National Housing Strategy — is taking a more active role in supporting new rental construction. In their Budget 2019, they expanded the Rental Construction Financing Initiative which makes available an additional $10 billion in financing over nine years. An example of this funding coming to fruition is the 6-storey Park City Commons tower being built in Transcona. Completion of this work should be done by the end of summer, when we’ll have the opportunity to view it in the context of the entire housing market and make observations from there.

WinnipegREALTORS® — in the interest of re-examining the current rental market and understanding how it can alleviate pressure on the resale market so it can remain in balanced territory — has engaged foremost housing expert Dr. Tom Carter to do an update report. Dr. Carter is looking at both the demand and supply side of rental housing in Manitoba, and will also consider the role of government policy.

How do we build on some of the good work done already to support more multi-family construction to address rental supply issues? Manitoba, like other provinces, requires bi-lateral housing agreements, such as the one just signed, that are critical to planning and providing for Manitoba’s housing needs.

WinnipegREALTORS® looks forward to working with all levels of government in providing improved housing options for Manitobans.