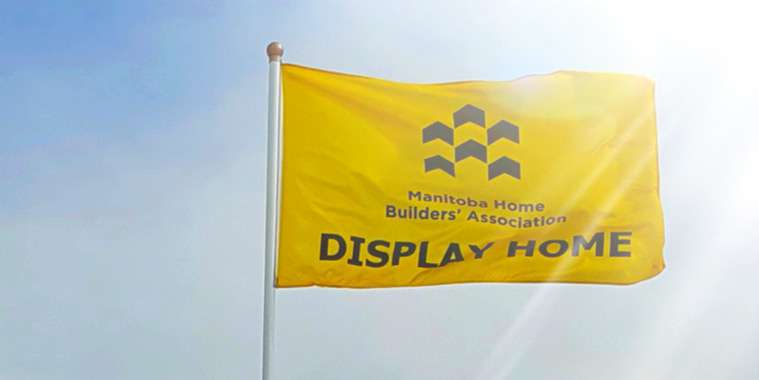 It’s a constant with late winter/early spring weather in Manitoba: you never know what type of weather you’re going to get.

Consequently, when the 2019 Spring Parade of Homes – which runs from March 2 to March 24 – started off just as a cold snap hit the province, Parade organizers weren’t sure what attendance would be like.

Turns out, they had nothing to be worried about.

“To this point, with just under a week to go in the Parade, traffic has been very solid on weekends and has been steady during the week,” reports Lanny McInnes, President and CEO of the Manitoba Home Builders Association (MHBA). “And with warmer weather on the way, we’re anticipating a strong last weekend.”

A relatively new aspect of the Parade – its presence on social media – has stood out, says McInnes.

“There’s been a lot of buzz on social media, especially on Instagram, with builders showing off the different features of their show homes. It’s proven to be a great way to engage people who’re in the market for a new home.”

More than ever before, there’s a lot of information for consumers to process.

That’s a good thing, as there seem to be more housing options to choose from than in past years, notes McInnes.

“I think there’s something for everyone, from million-dollar homes to apartment-style condominiums and everything in-between. There’s a great range of price points, and wide range of layouts and home styles. There’s home to fit every need and budget.”

“There’s been some really good feedback on homes, particularly the different price points and variety of designs. Builders have done a great job of designing unique, functional homes that fit every budget.”

And while show homes tend to be packed with all kinds of innovative, cutting-edge features, one of those features has come to the forefront, says McInnes.

“Technology become more prominent – it’s much more apparent than it was a short while back. Even three years ago, people would do a double-take when they saw an iPad on the wall. Now, full home integration is becoming more standard.”

With over 130 show homes in 30 different communities, prospective home buyers can now choose exactly where they want to live – in the home that best fits their needs and budget.

“You can find a home exactly where you want to live, with homes available in all parts of Winnipeg, even outside the city. There are even show homes is mature area now,” McInnes says. “The Parade provides home buyers with a great opportunity to look at the different areas so they can find the home and community that’s right for them.”

He adds that while the 2019 Spring Parade of Homes officially ends on March 24, that doesn’t mean   show homes will close.

“They will stay open for viewing after the Parade,” he says. “Show homes will remain open during the spring and summer.”

That creates a great opportunity for would-be home buyers in that they can return to their favourite show homes to go through them in greater detail.

“If you’re looking for a home and found one or two show homes that interested you, I’d encourage you to make an appointment with a home’s sales representative to view the home in private.”

Why is a private viewing preferable?

“You can see the home and all its features better without the distractions that come with the crowds during the Parade,” says McInnes. “You can take your time going through the home, and have the sales representative explain all its different features to you in a distraction-free environment.”

Best of all, there’s one weekend left – this one expected to be sunny and mild – to take advantage of all the 2019 Spring Parade of Homes has to offer.

“We’re hoping the weather will cooperate,” he says. “If it does, it’s going to make for great viewing, and a great wrap-up for the Parade.”

For more information on the 2019 Spring Parade of Homes, visit
http://homebuilders.mb.ca/parade-of-homes/2019-spring/