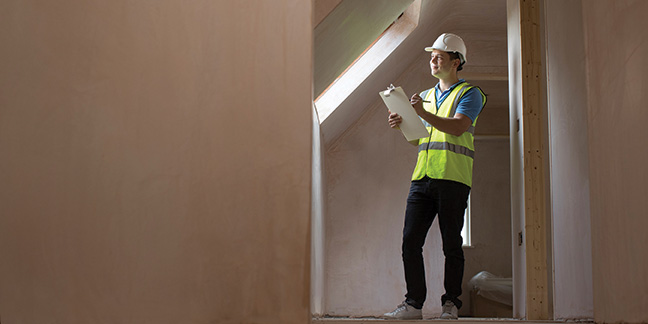 Ensure that your income suite is compliant with city regulations

If you’ve got a little under-used space in your home and need to make some extra money, chances are you’ve considered renting it out to a friend in need or maybe to an out-of-town student.

Some people call them income suites or secondary suites, but granny suite is probably the most popular term.

There are a couple of ways of doing this — the legal way, and the not-so-legal way.

The not-so-legal way is simply giving your new tenant a key and letting them move all of their stuff in, in exchange for some post-dated cheques. That extra cash will help you cover some of your living expenses, including your mortgage, utilities or your telecommunications bill.

The legal way requires getting some building and zoning permits, and perhaps even a little bit of renovation work. Ken Clark, president of WinnipegREALTORS® and a REALTOR®, said WinnipegREALTORS®’ official position is that any agent listing a property that advertises a suite should be “very careful” that its zoning and allowed use are on side.

“Some of these suites are not compliant,” he said. “If you’re advertising a property as a certain use, say a basement suite for rental, and it doesn’t comply with zoning and use bylaws, that’s false advertising.”

For example, if your tenant is going to be able to cook in your extra suite, whether it’s in your basement or on top of your garage, they can’t simply fire up a Coleman stove or even an Easy-Bake Oven. You’ve got to ensure the electrical, plumbing, mechanical and ventilation systems are installed to code first.

“It’s a preservation of life issue. You don’t want to sell a property to somebody when there’s a risk to life and limb,” he said.

Clark estimates it could cost homeowners from $5,000 to $7,500 to bring their granny suite up to code, including proper windows and smoke protection.

“It’s not inexpensive but it’s protecting human life. It’s irrelevant what the costs are if you’re going to harm someone,” he said.

Clark admits that it would be impossible to go door-to-door throughout the city to check on every possible not-to-code income suite. In certain parts of the city, however, there have been some pretty obvious hints.

“The property would change hands and the new owner would start renting out parts of the basement and there would be six or seven cars in the driveway. Usually it’s the neighbours that notice the change and call the city,” he said.

There are also strict privacy laws that need to be adhered to, so unless there’s a complaint, the authorities are limited in what they can do.

“You hope that the property owners follow the rules. The risk to them is if something happens, like the basement catches on fire and there aren’t multiple means of getting out, the risk to the owner is huge,” he said.

Granny suites became a news item back in 2011 when the provincial government announced a number of initiatives in support of them. Peter Squire, Vice-President of External Affairs and Market Intelligence at WinnipegREALTORS®, said it did a position paper in favour of them because they were needed to help with the city’s super-tight rental market.

“Back in 2010, we had one of the tightest housing markets in the country. Our vacancy rate was below one per cent in Winnipeg and other communities in the province. One of the solutions was allowing secondary suites within homes,” he said, noting the vacancy rate has since bumped up to about three per cent.

“The city is embarking on a residential infill strategy now. How do we build more density in our city? Secondary suites are seen as one of the ways of doing that.”