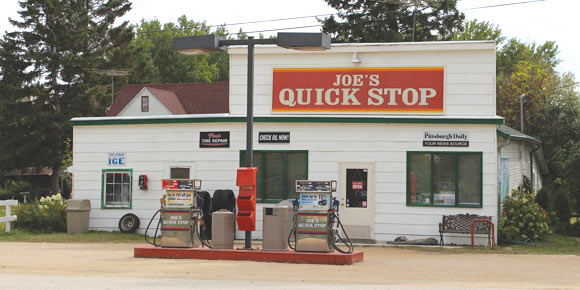 The area known today as Argyle, Manitoba was first surveyed in 1872 and originally called Brant. The first school opened in the region in the 1880s, but it wasn’t until the Canadian Northern Railway came through in 1912 that a general store, school, post office and elevator were established here creating the hamlet of Argyle.

In the 1910s, Manitoba followed Ontario’s lead by consolidating many of its one-room rural schoolhouses into larger buildings located in more populated centres. It was felt that this offered students a better education.

In 1914 alone, fifty-four Manitoba schools were consolidated. This included Brant, Argyle and McLeod schools into what was originally called Brant Consolidated School No. 1703.

Designed by architect Frank Robert Evans, who worked on at least a dozen rural schools during his career, the school was built in two phases. Initially, just the two-storey portion to the left of the entrance was constructed. It contained two classrooms, school district offices and a basement room that could be used as an overflow classroom.

Construction began in the spring of 1914 led by local builder John Morrison and officially opened on October 5, 1914, though the Stonewall Argus newspaper noted: “the building is not entirely completed but is finished on the inside.”

Each morning four horse drawn vans were used to pick up the school’s 75 or so students that ranged from grades one through ten.

The population of the region had grown large enough by 1929 to warrant the construction of the second phase of the building. It was a mirror image of the first also containing two classrooms and a basement room. The expansion allowed the school to eventually take students up to grade 12.

As with many small-town schools the building not only educated children, but has been home to countless town meetings, dances and other community events.

Most of these rural schools were abandoned due to modern-era consolidation in the 1980s and 1990s, but the Brant Argyle school survived. Today, it is part of the Interlake School Division and serves 66 students from kindergarten through grade eight.

This is one of two general stores still operating in Argyle and is currently fitted out with signage left over from a movie shoot earlier in September.

The store was constructed around 1916 for Arthur Lobb.

Born and raised in England, Lobb came to Manitoba in 1894 and settled in the Rockwood district where he worked as a general merchant. By 1909, he was advertising his own store in Warren specializing in building materials, hardware and lumber.

By 1916, Lobb had stores in Gross Isle, Lake Francis and Argyle, operated grain elevators in Argyle and Warren, and maintained a purchasing office in downtown Winnipeg. He also owned two area farms and served as the MLA for Rockwood from 1915 – 1920.

Wesley Lobb, Arthur’s brother, managed the Argyle store. When Arthur died unexpectedly in 1928, Wesley bought the store from his brother’s estate and continued to run in until 1938. In 1958, it was sold to Jack and Lil Segal. Remarkably, Lil still runs the store after 60 years.

Another store, now called the Meridian Trail General Store, predates Lobb’s. It was built in 1912 alongside the railway tracks by J. D. Douglas, son of the municipality’s reeve. Its location allowed Douglas to sell items like lumber and sacks of flour “straight off the rail car”.

A curling rink is a cornerstone in many rural communities and residents of Argyle decided in the late 1920s that they wanted one of their own.

The fundraising drive began with a dance and raffle for a Ford car on October 18, 1929. The unfortunate timing, days before the stock market crash, put the project on hold for years.

It was revived in 1937 and after another round of fundraisers construction began in the summer of 1938 on a two-sheet rink. A notice in a Stonewall newspaper in October 1938 declared that the building was complete and thanked the volunteers who helped make it happen.

The rink’s first event was a novelty bonspiel. An eyewitness recounts in a community history book that: “The ice had not been properly pebbled and it was nearly impossible for even an experienced curler to get a rock down.” She noted that curling was so new to most residents that they were none the wiser to the gaffe.

After 35 years of service it was decided that the old rink had to be retired and another fundraising campaign began. Construction on the current building got underway in the fall of 1978 using mostly volunteer labour and donated materials.

The new rink boasted two seating levels, a canteen and three sheets of ice. It was completed in time for its first big event: a 69 rink, ten-day bonspiel that began on January 4, 1979.