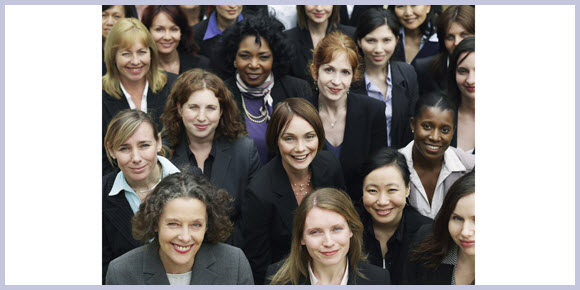 The beginnings of women’s equality

Two events occurred in January decades ago, which were quite important to women of this province and set their course toward equality. One was a staged parliament that made a mockery of then Premier Rodmond Roblin’s unwavering commitment to deny women the vote. The other was the actual achievement of their voting rights two years later.

In a 1914 interview, after Nellie McClung outlined what women wanted and then suggested the premier call his cabinet together so that she could address them, Roblin’s reply was that McClung was a conceited young woman labouring under the delusion that she had some gift of oratory (The Stream Runs Fast, an autobiography by McClung, 1945).

Facing such criticism, McClung said: “But I wish to tell you again, Sir Rodmond, as clearly as I can make it, that we are going to create public sentiment in this province, which will work against you in the next election.”

Taken aback by her threat, Roblin said that his party was firmly entrenched in the legislature and would not grant McClung’s request to speak to the provincial cabinet on the issue of suffrage. The premier said he didn’t want her to be making trouble with “my boys.” He told her to forget about the nonsense of women obtaining the vote.

“You’re a fine, smart young woman, I can see that. And take it from me, nice women don’t want the vote...

“Now don’t go away mad. You know you amuse me. Come any time, I’ll always be glad to see you.”

McClung didn’t share his amusement, and said: “I won’t be back, but it’s just possible that you will hear from me, not directly; but still you’ll hear; and you may not like what you hear.”

“Is that a threat?” Roblin asked.

The delegation’s meeting with Roblin in the legislature was a set-up, as the women expected the premier to refuse to initiate legislation giving women the vote (McClung). The members of Political Equity League (PEL) had been planning a mock parliament for the next night (January 28, 1914) in the Walker Theatre (now Burton Cummings Theatre) and Roblin’s replies provided them with valuable ammunition.

In particular, McClung later wrote: “I observed every gesture, the attitude he struck when he caught his fingers in the arm holes of his coat, twiddling his little fingers and teetering on his heels. That denoted a jocular mood. When he wanted to be coldly reasonable though fair withal, he held his elbows close to his body with the palms of his hands outspread. I tried to absorb every tone of his voice, from the ingratiating friendly voice ... to the loud masterful commanding voice which brooked no opposition.”

McClung hurried home and began to rehearse what she had painstakingly noted.

The mock parliament’s premise (described as the pièce de résistance of the evening’s program, which also included music and skits) was that women had the franchise, while men were denied the vote. It was an effective tool for gaining public attention that had been used in other Canadian cities, but this parliament happened to be run by some of Canada’s most capable women, who relished the attention they were receiving and knew how to milk their moment of success for everything it was worth. It would be one of the most talked about public performances for years to come.

“From the standpoint of an entertainment,” reported the Winnipeg Telegram on January 29, 1914, “it was excellent and few burlesques or light comedy productions have ever met with a heartier response than last night’s burlesque on the system of government as it exists today.”

When Anne Perry presented a bill to confirm dower rights on men, opposition members taunted the speaker with remarks such as, “You’re just trying to get in right with the men.” Laughter erupted in the audience when this was heard (Manitoba Free Press, January 29, 1914).  Kennethe Haig, another member of the PEL, who wrote for the Free Press, called for a vote on men obtaining the vote. The answer was, “No.”

Then appearing on stage was Robert C. Skinner with a wheelbarrow full of petitions asking for the vote for men. The slogan of the petition was: “We have the brains. Why not let us vote?” Skinner made an eloquent plea for men’s right to vote, but McClung, in the role of the parliament’s premier, stood, and mimicking the gestures of Premier Roblin, told the audience that men were being misled: “If men were all so intelligent as these representatives of the downtrodden sex seem to be it might not do any harm to give them the vote. But all men are not intelligent. There is no use giving men votes,” she said, turning the tables on Roblin’s arguments.

Newspapers of the day reported that the audience rocked with gales of laughter, and that “storms of applause punctuated every point and paragraph of what is unanimously conceded to be the best burlesque ever staged in Winnipeg.”

The Winnipeg Telegram editorialized that the program was so well received that “the cause of women may not be so hopeless after all and the vote may not be so far away as one might be inclined to fear.”

But Roblin remained unmoved, although he was on the wrong side of history. Just two years later on January 28, his government was out of power and women had the vote.

Manitoba became the first province in Canada to grant women the right to vote.“ January the twenty-seventh, nineteen hundred and sixteen, will stand out for all time in the political history of the Province of Manitoba,” announced a Free Press editorial, “and of the Dominion of Canada.”

Officially, women were actually given the right to vote and hold office in provincial elections when the bill was given Royal assent on January 28, but it was the day earlier vote and passage of the amendment to the Manitoba Elections Act that marked the success of lobby efforts by Manitoban women after long years of disappointment.

One legacy of the fight to win the vote is that the Manitoba government is promoting gender equality and highlighting women’s achievements in the province by proclaiming the third week in January Women’s Equality Week. “This is our second year celebrating Women’s Equality Week ... we have made great strides towards gender equality,” said Rochelle Squires, the minister responsible for the status of women. “However, there is more work to be done.” Squires mentioned supporting women in under-represented areas in the workplace, addressing gender-based violence, promoting the inclusion of more women on corporate boards and supporting women to attain higher education and leadership positions.

The achievements of early Manitoba Suffragettes, E. Cora and Nellie McClung, has been further recognized through their induction into the WinnipegREALTORS®-established Citizens Hall of Fame, which honours Winnipeggers for their outstanding contributions to the community’s quality of life.