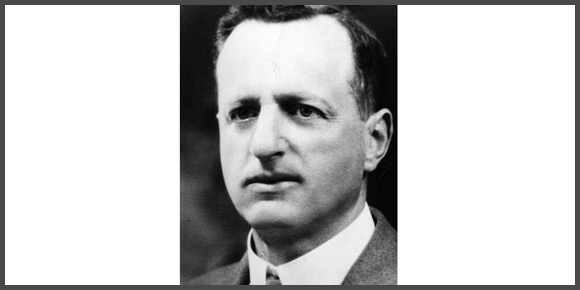 The Manitoba Free Press reported on August 18, 1922, that another site — rather than Victoria Park — would probably be selected for the Winnipeg Hydro standby plant. Other suitable

locations had been suggested to the public utilities committee, although no definitive announcement had been made Alderman (today’s councillor) Herbert Gray, a member of the parks board and the public utilities committee, said he wanted the park retained for Winnipeg residents and the committee planned to investigate the other suggested sites. Still, he was of the opinion that the park was the best location for the standby plant.

In the event that Victoria Park was being considered for the city hydro facility, then Gray said an alternative park site should be found that was equally as large in area.

Alderman Abraham Albert “A.A.” Heaps, a member of the parks board and public utilities committee, said he would regret having Victoria Park taken over for commercial purposes. The committee had to be satisfied that no other site was available before selling half of the park to Winnipeg Hydro, he added.

Also opposed to the scheme, although for a different reason, were the manufacturers of the city. A delegation from the Canadian Manufacturers’ Association presented a resolution to city council, which urged it to reconsider the standby plant, citing it as an unneeded expenditure. The association proposed that the city reach an agreement with the Winnipeg Electric Railway Company to use its standby plant in the event of a Winnipeg Hydro power interruption (Free Press, September 12, 1922).

In late August, Winnipeg Mayor Frank Fowler seemed to indicate that the Victoria Park site was no longer an option for the standby plant. Instead, he claimed an adjoining site along the Red River could be used. The land across from Victoria Park housed the city stores, according to a 1922 map.

“The site has been used by the hydro for some time back for storage purposes. As the hydro recently acquired the Ontario Wind, Engine and Pump company on Logan ave. for warehouse purposes it is not apprehended that there will be any difficulty in the hydro turning over the site at the foot of

Pacific Ave. for the purpose of a steam standby plant,” according to an August 22 Tribune article.

Another report in the Free Press on December 5, 1922, stated city council had approved the 15,000-hp standby plant, with the projected $520,000 cost of its construction to be borne by Winnipeg Hydro. During the approval process, none of the discussions in the council chamber involved the actual site to be used.

The same newspaper on February 1, 1923, reported that city council had approved the purchase of a park site at the foot of Selkirk Avenue along the Red River (today’s Michaelle Jean Park, which was originally called Norquay Park).

“The transaction was approved by a substantial majority as the best means council could take of obtaining part of Victoria site for the proposed Hydro stand-by plant ...

“Half of Victoria Park valued at $40,000 will be taken by the city for the Hydro stand-by.”

On February 19, city council, officially gave its approval for the location of the standby plant in Victoria Park. In subsequent news reports, it was recorded that there wasn’t a single objection to the approval. At the same council meeting, a new park was given the okay, although there was some discussion about who would bear the cost of the new park and whether it was even necessary to create another park to replace Victoria Park.

There were a number of verbal exchanges during the meeting, as reported by the Tribune the next day.

“Is it not true that the parks board will purchase the park with money provided by the hydro?” asked Alderman Daniel McLean, who directed his question to Alderman Heaps.

“Yes,” replied Heaps. “Before the hydro can do anything it must purchase the site.”

“Why do we have to buy this particular piece of property?” asked Alderman Robert Shore. “I have only one regret and that is I did not oppose the project more strenuously in council. I am absolutely opposed to the purchase of a park by one member of council who goes out and obtains options on property without any authority from council and without the knowledge of the parks board.”

Heaps denied he had gone out on his own and obtained an option on the new park property. He explained that the parks board was unanimous in its approval of the land purchase.

Much of the discussion centred around who had earlier leaked what were to have been confidential details of the purchase discussed while in caucus, which Mayor Fowler said only served to drive up the price of the land.

Subsequently, council raised the appropriation amount for the new park from $47,000 to $50,000 in the event that more funds were needed for its purchase.