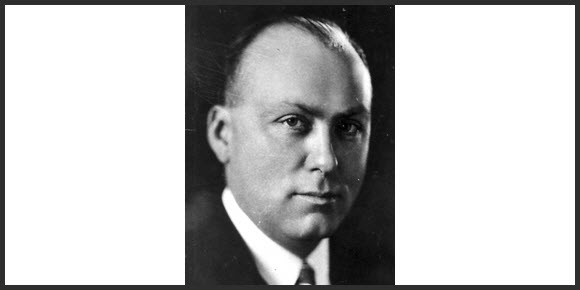 In 1927, James Richardson & Sons began a process that was to eventually lead to the announced construction of the highest skyscraper in Western Canada. On August 11, the purchase and renovations were completed for a new headquarters at 367 Main St., which was to become the company’s stock and bond house. Originally, the offices of the Molsons Bank, the two-storey granite building was refurbished by Richardson & Sons, according to an August 10, 1927, Winnipeg Tribune article.

Meanwhile, the general operations of Richardson & Sons continued in offices on the ninth and 10th floors of the Winnipeg Grain Exchange Building.

“By investing a large sum of money in this building Mr. Richardson has demonstrated his faith in the future of Winnipeg and Western Canada in a most practical manner,” said Ralph D. Baker, the manager of the new office building. “Without doubt it is the biggest and most elaborately fitted office devoted exclusively to the stock and bond business that has yet been opened here and would be a credit to any city on this continent.”

It should be noted that this was a time of massive speculation in the stock market by people from nearly all walks of life. A street shoe-shine boy could be buffing a broker’s brogues one minute and the next rush to buy stock his client with newly-gleaming footwear mentioned as being a solid investment. It was the carefree days of the “Roarin’ Twenties,” when virtually everyone believed they would become instantly rich by playing the market.

It was in this climate that Richardsons & Sons entered the stock market sweepstakes.

“Illustrating the uniqueness of this connection it was pointed out that through leased and owned wire, an order may be sent (from the new stock and bond house) to almost any part of America and the notice of its execution be received back in the Winnipeg office within 60 seconds. A message can be sent to Liverpool (England) and an answer be received in less that ten minutes.”

The Richardsons were showing faith in the city and its downtown business sector that had seen better times. By the start of the First World War, British investment, which had contributed to real estate development and construction in Winnipeg, had dried up. The next blow was the opening of the Panama Canal, which made the seaport at Vancouver a cheap transportation point to the global marketplace and lessened Winnipeg’s importance as a supply and distribution centre for all of Western Canada.

As a result of the faltering of Winnipeg’s business economy, office construction had virtually stagnated.

The stock and bond house was a new business enterprise for Richardson & Sons, which began as a grain buyer and seller of wheat in Kingston, Ontario, with plans to expand westward. The first Richardson, an immigrant from Ireland, established the company in 1857 with his two sons, George and Henry.

In 1880, Edward O’Reilly of Neepawa was appointed the first western representative of the firm. Three years later, the Richardsons organized the forwarding of a wheat cargo out of Fort William (today’s Thunder Bay) to Buffalo and from there to Liverpool (Grain: The Entrepreneurs, by Charles W. Anderson).

When his father died in 1892, George became the second president of the company. George died in 1906 and his brother, Henry, became the third president. George’s two sons, James and George, joined the firm, which was federally incorporated as James Richardson & Sons, Limited.

By 1912, 16 elevators in Saskatchewan, eight in Alberta and one in Manitoba bore the Richardson name, and further reorganization resulted in a marked expansion of the firm’s grain handling capabilities.

Since 1912, James had been a resident of Winnipeg. Although the grain business was his primary pursuit, James was also a pioneer in the fields of aviation and commercial radio. He owned radio stations with the call letters, CJRX in Winnipeg, and CJRW in Fleming and CJRM in Moose Jaw, Saskatchewan.

Of note, he was the founder of Western Canada Airways in 1926, which was later merged with other operations into Canadian Airways Ltd., of which he was president, in 1929. The headquarters of both companies were in Winnipeg.

Richardson was a trailblazer in opening commercial aviation to the north and brought airmail service to Western Canada.

For his early success in the aviation field, Winnipeg’s international airport is now named after James Armstrong Richardson.

He also served on the boards of numerous companies and was a resident of the Winnipeg Grain Exchange.

The northeast corner of Portage and Main, where the bond and stock company building was located, had been put to various uses since the founding of the famous intersection by Henry McKenney in 1862.

William F. Alloway, who owned the first private bank in Winnipeg, related the story to a Free Press reporter (published August 21, 1929) about the northeast corner of Portage and Main being sold in 1870 for a yoke of oxen.

The Red River Hall and Devlin’s Restaurant were situated across from what in 1872 was the Portage Road along the Main Road. In 1880, Richard & Co., wine merchants were at 365 Main St.

The Tribune on October 30, 1929, remarked that the northeast corner of the intersection had been “occupied by shacks,” as well as “dimly remembered banks which have been swept away by amalgamations with their more powerful rivals.”

James Richardson and George E. Cathcart of the Winnipeg Grain Exchange took over ownership of the Scott Clock and former C.V. Restaurant buildings along the northeast corner of Portage and Main (Free Press, November 17, 1928).

On August 4, 1928, it was reported by the Free Press that the Richardsons owned all the south side of Lombard Street, “extending from the Grange hotel and running west to the rear of the old Merchants bank, now known as the Lombard building.”

James Richardson & Sons by July 1929 owned all the property bounded by Main Street, Portage Avenue East, Rorie and Lombard streets with the exception of the former Merchants Bank. “He (Richardson) also owns the Hughton garage property on Lombard and the corner of Rorie and Portage avenue east down to the Trust and Loan company’s block, including the Dominion theatre,” according to the July 22, 1929, Free Press.

With the completion if the numerous property acquisitions, James Richardson & Sons was poised to embark upon its next stage in the development of its footprint on the landscape of Winnipeg.

The July 22, 1929, Tribune contained the announcement that a skyscraper was to be built at the corner of Portage and Main by the Richardsons, although it took two more realty transaction. The firm acquired the property of Toronto General Trust and Loans, which then relocated to the Standard Bank building (the bank merged with the Canadian Imperial Bank of Commerce in 1928) at the corner of Portage and Smith. Originally, the seven-storey Standard Bank building had been erected in 1910 for the Sterling Bank of Canada.

It was to be a magnificent structure, combining Gothic with Art Deco elements in its design. Arthur A. Stoughton and Associate Architects had worked for a year prior to the announcement on the plans for the building. In 1913, Stoughton became the head of the Department of Architecture at the University of Manitoba, and organized its curriculum on American and Canadian models.

Stoughton said his design for the new building was “modern, but not modernistic.” To complete his design, Stoughton told the Tribune for a July 19 article that he had studied many of the latest office buildings in Canada and the U.S, embodying the most modern features in new skyscraper construction.

“Particular attention has been paid to the appearance to be presented by the building at night, as it will be one of the most prominent features of the downtown section, as it overlooks nearly a mile of Portage ave. The (central clock) tower will be lighted and will be surmounted by a powerful revolving beacon. The latter is expected to serve an important practical purpose with the coming of regular night flying ...

“Another feature of the tower is to be a bell which will strike the hours. This bell will be the largest in Winnipeg, if not Canada.”