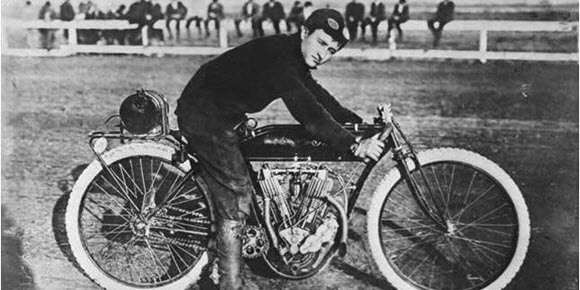 The Manitoba Free Press stated that the auto racing accidents at the Kirkfield Park track on Labour Day 1913 were evidence “that the event was more full of thrills and spectacular happenings than any which had preceded it under the auspices of the (Winnipeg Automobile) club.”

The police were kept busy preventing “venturesome men and boys from crossing the track, in front of the rapidly approaching racers, for, whenever a fresh accident occurred, a crowd swarmed across the oval in a remarkably short space of time.”

Such incidents were an all too common occurrence during the early days of motorized racing. It took people time to adapt to the newfangled type of racing and to realize the danger that faced them when they rushed out to an accident scene while a race was still in progress. Even when there wasn’t an accident, some spectators would venture onto the track to get a closer look at the racers and their machines as they sped past. As a result, many North American spectators were killed by foolishly venturing onto the track while cars raced around the circuit.

“Every race on the card contained its particular thrill. In the first (race) Sam Scott’s (American) Underslung went up in smoke and Davies burned his arm badly (he was underneath his American Underslung making repairs when it exploded and burst into flames); in the second race W.C. Power and C. Fee, both in a McLaughlin (a Canadian-built car), were thrown out when their machine turned over, Power (his car flipped over three times) receiving cuts on his head, Fee being badly injured and the machine catching fire ...”

It was Fee who was taken to St. Boniface Hospital with a fracture of one of the small bones in his neck.

Bill Perth, driving a steam-powered  Stanley, ran into the third-quarter pole. J. Harrison, driving a Regal Underslung Roadster, ran into the south fence on the eighth lap of a race “as the result of a near collision between his machine and Carter’s McLaughlin. Quite a slice more of fence disappeared as if by magic and 15 minutes after the smash-up, the disabled Regal was towed into port.”

Fortunately, no spectators were injured during the meet, despite the many accidents.

It was reported that 10,000 people turned out on a bright, sunny day to see the famous “Daredevil” Barney Oldfield. The Tribune on September 3, 1912, claimed that “abominable” streetcar service resulted in another 5,000 people being unable to reach the track.

To the crowds’ delight, Oldfield managed to clip off five and four-fifth seconds from the former one-mile (1.6-kilometre) record for the track. The “Speed King” also broke the two-mile record with a time of 100 seconds.

“The outstanding feature of the meet was the Dunlop trophy race. Five started in the 25-mile spin which resulted in a signal victory for the Ford car driven by Billy Rogers ... The race was exciting in the extreme, and was productive of the greatest enthusiasm among spectators as they saw the comparatively small Ford fairly burning up the track, gradually catching up to and passing each of the other cars and not content with this, passing the Overland car for the third time and the E-M-F car (replaced by the Studebaker name in 1913) for the second time.”

A flat tire, after driving three miles in the five-mile match race with Oldfield, resulted in Heinemann’s failure to complete the course.

The best time for the five-mile open event was made by Fritsch in a Cino (a made-up name using an abbreviation of Cincinnati and Ohio). He covered the course in a record time of five minutes and four seconds. Oldfield dropped out of the race after three rounds of the track when his Benz developed an undisclosed problem.

The newspaper reported that no mishaps marred the day of racing.

A year earlier in the fall, local rider  Joseph “Joe” Baribeau had his opportunity to awe spectators at the Kirkfield track and he didn’t disappoint them.

“The Kirkfield track at St. Charles was the scene of the wildest enthusiasm Saturday afternoon when Joe Baribeau, on his (V-twin) Indian motorcycle, crossed the line on the last of his 100 mile record ride, and announcement was made that he had succeeded in creating a new world’s record for the distance on a mile dirt track, of 1 hour 40 minutes 14 3-5 seconds (one hour, 40 minutes and 14.6 seconds), lowering the previous time by a margin of nearly two minutes,” wrote A.C. Emmett in a Free Press article published on Monday, October 16, 1911.

Emmett, who was the editor of the automobile section of the newspaper, reported that Baribeau could have had a better time if conditions were more favourable. While the track was in good shape, “the day was cold and gloomy, making it very trying for the rider, owing to the cold wind exerting a numbing effect on his hands.”