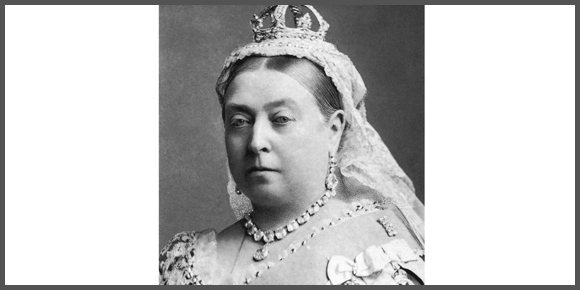 Rock band Rush’s 1975 song, Lakeside Park, contains the line, “everyone would gather on the 24th of May, sitting in the sand to watch the fireworks display,” which is a reference to Victoria Day, a uniquely Canadian holiday.  Fireworks, of course, are an integral part of the holiday honouring a long-dead British Empire monarch, although, in  Canada, it’s more a celebration of the first official holiday marking the arrival of warmer weather before the summer season really gets underway.

Even going back 100 years, it was acknowledged as the first holiday of the commencement of the summer season, and a day when Manitobans flocked to lakeside resorts. Newspapers, prior to Victoria Day, contained advertisements for train excursions to Victoria Beach, Winnipeg Beach and Minaki Lodge, among others. On Thursday, May 24, which was Victoria Day in 1917, special trains departed Union Station, the Canadian Northern Railway’s (now CN) depot, in Winnipeg bound for Victoria Beach, with a ticket price being $1.10 return. The Canadian Pacific Railway’s two special trains to Winnipeg Beach had a ticket price of $1 for a round trip.

Three return trips from the city to the Lockport Locks were announced for Victoria Day at a cost of 50-cents for adults and 25-cents for children. Those taking the excursion on the Red River aboard the SS Keenora enjoyed musical entertainment and refreshments.

Unlike today, when Victoria Day falls on the first Monday proceeding May 24, the same holiday was celebrated 100 years ago on the actual day of Queen Victoria’s birthday; that is, May 24. Unless her birthday fell on a Friday or Monday, Manitobans didn’t have a long weekend  in which to enjoy extended leisure time, as is the case today.

On that Thursday in 1917, schools, businesses and stores were closed, and Victoria Day was marked by, “Fire-crackers banging merrily, flags flying and children happy in their freedom,” according to the Manitoba Free Press.

The newspaper reported that the weather was ideal. “Every hour from the cool dawn to the lovely sunset brought joy to the hearts of youngsters, who for days have been saving their pennies for the celebration, and the adults joined wholeheartedly into the day’s festivities.”

It was remarked that the first thought of Winnipeggers was to go to the countryside. “Streams of motor cars sped out along the most favorite highways. Assiniboine Park was visited by throngs, the street cars and jitney service (yesteryear’s version of Uber) being used to the limit.”

Even today, Assiniboine Park is a popular spot to celebrate Victoria Day, and what was enjoyed by so many 100 years ago is still enjoyed by Manitobans to this day.

“The cricket field, the tennis courts, the bowling green, the baseball diamond and the golf links, all were sought out by crowds yesterday. Amateur and professional baseball games drew thousands to the ‘bleachers,’ while at River Park lovers of horse-racing watched their favorite sport.

“A special street car service to Selkirk carried hundreds of city folk to Selkirk Park. The trains to the beaches were crowded. Winnipeg Beach, Victoria Beach, Whytewold, Gimli, Shoal Lake (to view the aqueduct being built to bring potable water to Winnipeg) and Matlock were visited by throngs of people eager to have this season’s first glimpse of the big lake.”

The newspaper reported a record crowd at Winnipeg Beach, so many that an extra sections had to be added to both of the CPR’s excursion trains. “With favorable weather in evidence early in the day the crowd increased until it was beyond all expectations.”

At a Lombard Street site, the Tribune noted Winnipeggers were enthralled by games sponsored by the Quoiting Club. What is quoiting? Well, it’s like a version of horseshoes in which players toss rings of metal, rope or rubber at a stake, trying to land each ring in the centre of the stake or as near to it as possible.

Victoria Day in 1917 happened at a time when the British Empire, which then included Canada, and its allies were engaged in the massive bloodletting of the First World War. It was a time when Queen Victoria and membership within the empire were celebrated with great enthusiasm. Citizenship in  the mightiest empire in the world was viewed with great pride by most Canadians — but not all — and Queen Victoria ruled when the empire was at its apex.

Still, while Manitobans revelled in Victoria Day, there were anti-conscription riots on the same day in Montreal, before the Military Service Bill was enacted by an English-speaking majority in the House of Commons. Farmers and trade unionists joined French-Canadians in opposing conscription, but to no avail.

During the latter stages of the First World War and the years immediately following it, Victoria Day was slowly losing its emphasis as a celebration of empire. The First World War and Canadian contributions to battles at Vimy Ridge, Lens, Passchaendale and during the “Last Hundred Days,” had instilled in the troops a new sense of nationhood that spilled over to their homeland. Prime Minister Robert Borden pressed the case of Canada’s new hard-won international status and negotiated Canada’s participation in the subsequent peace talks and the signing of the treaty ending the war.

“The same indomitable spirit which made her capable of that effort and sacrifice (during the war) made her equally incapable of accepting at the Peace Conference, in the League of Nations or elsewhere, a status inferior to that accorded to nations less advanced in their development, less amply endowed in wealth, resources, population, no more complete in their sovereignty and far less conspicuous in their sacrifice,” said Borden.

After Borden, Prime Minister Mackenzie King ended Canada’s unwavering acceptance of empire through negotiations that lead to the Statute of Westminster in 1931, which granted Canada legislative independence. Before that, British foreign policy dictated that Canada was automatically at war in 1914.

As the memory of empire faded, the tug of monarchy eroded and opposition to colonialism intensified, so did the original intent of Victoria Day — a queen being the symbol of the Pax Britannia. With the passage of time, it has become one of the most misunderstood of Canada’s holidays, and now is simply referred to as the “May long weekend” or the “two-four weekend.”

A majority of Canadians would now ask, “Who’s Queen Victoria?”

Even in 1917, there were clear indications that Victoria Day was taking on a new meaning through the closing of  schools and businesses to facilitate a trip to the park, beach or cottage. As such, nothing has really changed that much over the course of 100 years.

So, sit on the sand and watch the fireworks!