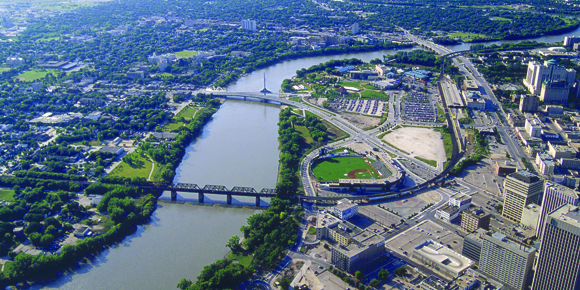 Another swing and a miss

For 48 weeks of the year, I’m the biggest fan of the CMHC. Their forecasts are spot-on. They do tremendous research. The Winnipeg office is filled with outstanding people who know this market. Their assistance and guidance to homebuyers and homeowners is without equal in Canada. I daresay that the United States would not have experienced near the housing collapse that they did 8 years ago if they had an agency like the CMHC.

However, every quarter they insist on publishing a report card-like assessment of 15 Canadian urban centres and then categorizing the entire country based on this. Some are fairly automatic; others are head-scratchers.

Few here question the overvaluation of housing prices in Vancouver and Toronto. However, to then generalize and declare the entire country over-valued is a bit much. Canada is much more just these two cities. We all know and accept that both Calgary and Edmonton have cooled down in price. Due to their economic slowdown, both Alberta cities are now supposedly overbuilt or at least show warning signs of such.

As has been my custom recently, my primary problem with the Housing Market Assessment is the yellow-flagging of the Winnipeg market, both in terms of overbuilding and as an overall assessment.

Three other cities (St. John’s, Halifax, Ottawa) have been cited as moderate overbuilding the past two quarters. All three get the green stamp for overall healthy status. Winnipeg is the only city in Canada that is given the moderate overall assessment when singularly having that status for overbuilding.

So, why and how is Winnipeg considered to be at risk for overbuilding? According to the assessment, at the end of the 3rd quarter of 2016, the inventory of completed and unsold units per 10,000 population is at 6.3. The threshold is

in Winnipeg, that translates to an excess of 22 units.

REALTORS®, would refer to 22 units as a slow Monday. At any one time, there are over 150 unoccupied housing units in Winnipeg being used as show homes or display suites for the Parade of Homes. There is no concern with 22 unoccupied units, yet somehow it warrants a brand of caution.

The local market is about to experience a flurry of highs and lows in the coming year or two. I have faith that the local housing professionals and local officials within Canada’s national housing agency will be able to forecast accordingly.

This article was originally published February 4, 2017.