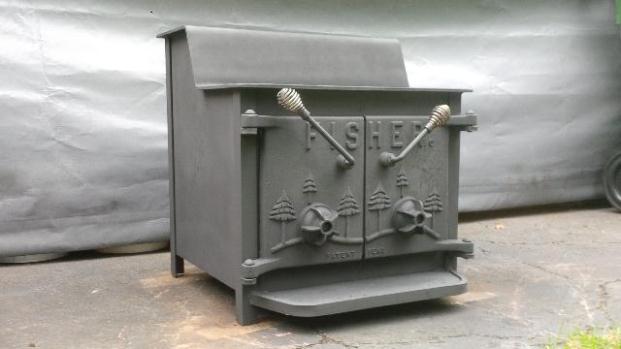 Anthropomorphism is considered a real no-no by scientists and other learned people. As I’m neither a scientist nor an intellectual, I say phooey to their notion that attributing human form and behaviour to animals, inanimate objects and natural phenomena distorts our perception of nature.

What could be more endearing to our hearts than Walt Disney’s medley of cuddly animal characters endowed with human qualities of speech, thought and emotion? And what about our penchant for teaching our youngsters that trains, boats and many other lifeless items can have human characteristics?

Our children’s literature is rife with books such as The Little Engine That Could, Tommy The Tugboat or Grumpy Cat. And as for natural phenomena, we have been assigning human names to tropical storms since the first mariners feared to sail upon the seas.  So where is the harm in anthropomorphism? The antecedent is to dehumanize, a terrifying concept practised to the hilt by Hitler, Stalin and other psychopaths.

You may wonder why a DIY columnist opens a piece about wood stoves with a discussion of anthropomorphism. In truth, the idea seared me recently while my wife and I were removing a stove from our home. The 400-pound giant had been a family member for years, providing warmth for 40 Christmas celebrations, as well as offering a welcome hearth to three generations of dogs, five cats and our human family for two score winters.

I recall the late summer day in 1976 when our new Fisher Papa Bear was carried into our freshly built log home by four young men and two young women, all attired in hippie chic and filled with zeal for the popular “back to the land” movement. After a lot of joking and laughing about who was not shouldering their share of the weight, the Fisher was placed on a hearth comprised of Tyndall stone slabs gathered from a rubble pile at the nearby quarry.

The handsome airtight stove was built of quarter-inch steel and featured a 30-inch deep firebox lined with refractory brick. The cast iron door was decorated with four evergreens and included two air inlets to control the burn rate. The black matte finish was unblemished, as were the faces of the young owners who stood back to admire the most technologically advanced wood-burning device of the day, boasting an efficiency rating of 20 to 30 per cent.

As the years leaped onward, the stove’s black finish began to turn white, and its peerless steel skin became marred. In sync with their aging wood burner, the hair of the youthful owners became patched with grey; life etched thin lines into their cherubic faces. But despite the passage of time, the stove continued to emanate warmth from its place on the hearth, silently present for the birth and death of beloved family members.

One spring day, at the end of a long yet comparatively mild Manitoba winter, it became evident to the now elderly owners that their faithful stove had become a liability. Its once solid steel skin had become dangerously thin. In some areas, it was fragile enough to be breached with the poke of a fire iron. The couple looked at each other. Their own skin had become friable, too, and their visages were scored by time’s stylus.

It was obvious that the Papa Bear had to be removed from the log house and replaced with a new wood heater. But the young people, who had enthusiastically hefted the stove into the house were no longer available to take it out, stricken as they were with lower back pain, arthritic joints and fragile bones. My wife and I faced a dilemma. Should we hire strong young backs to haul away the aged Papa Bear, or should we remain true to our DIY beliefs and contrive a method to remove the stove ourselves.

After a short chat, we discarded the former solution and adopted the latter. Our plan was to take apart most of the Tyndall stone hearth surrounding the Papa Bear to provide enough room to insert four-by-four-inch posts underneath the front and back of the stove. The posts extended six-inches either side of the unit, with sufficient clearance from the floor to insert small hydraulic jacks under each of the four protruding ends.

We raised each jack about a half-inch in sequence until the stove was high enough from the floor for us to roll a handmade mechanic’s creeper or dolly under its four legs. We then lowered the heavy appliance onto the creeper by slowly releasing the jacks. With the stove in position, we secured it to the dolly with ratchet straps.

The creeper’s heavy-duty castors made it easy to push the 400-pounder across the dining room floor, through the kitchen and out the back door onto the deck. We placed a ramp of reinforced three-quarter-inch plywood over the deck’s stairs to slide the Papa Bear into a wagon pulled by a yard tractor. Finally, we maneuvered the wagon close to the rear of our half-ton pick up, placed the plywood ramp between the tailgate and the wagon and hand-winched the enormous load into the truck’s box.

Bright daylight is unflattering to the best of us. When I stood back and examined our once pristine stove strapped into the pickup’s box, I was shocked anew by how 40 years of service had aged it. The sides bulged like jowls, black paint peeled like sloughing skin and the branches of the conifers on the cast iron door seemed to droop under the weight of grey snow. When I climbed behind the wheel of the truck, I glimpsed my own visage in a side mirror. Time had not been kind to me, either.

My wife and I were silent during the drive to the scrap metal yard in Selkirk. At the gate, an employee directed us to a metal bin containing rusted metal objects and broken down appliances — a potter’s graveyard for the old, the ugly and the useless. I tipped Papa Bear into the pit while my wife held tight to a rope that would prevent the dolly from falling into the chasm as well. On its way down, the old stove entangled itself in the rope, nearly hauling my wife and the dolly into the bin along with it. The action suggested to me that inanimate objects do not go gentle into that good night, just like their animate counterparts.

We were paid a $22 scrap fee for our faithful old retainer. For a few days, the money, mostly loonies and toonies, lay heavy in my pocket like pieces of silver. However, as time has moved on, I have come to believe that anthropomorphism is an important part of being human. It prevents us from dehumanizing all that is good in nature, whether animate or inanimate. Such love requires a depth of feeling that the malicious will sadly never know.

Final word: Goodbye old friend. I hope you have been reborn as a gleaming new high-efficiency wood stove.