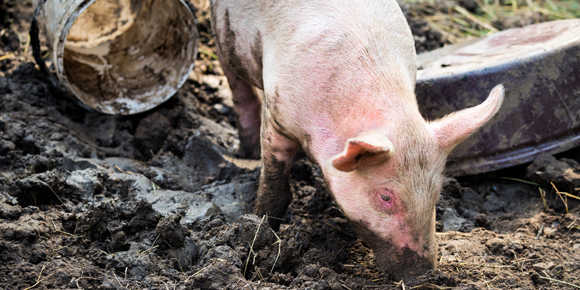 Beastly is as beastly does

A male on the make is a tomcat. One who tomcats around is seeking sexual encounters. Tomcat grew from the 1760 anonymously written children’s book, The Life and Adventures of a Cat (Tom the Cat).

Nevertheless, other cat-related insults are unconnected to sexual morals — catspaw, fat cat, scaredy/fraidy cat, and cat’s breakfast, are examples. A catfish is a fool, a cat-in-the-pan is a traitor, and a wildcat is an unruly, ill-tempered woman.

Ass is another popular insult. However, many put-downs incorporating ass relate not to the hoofed animal but to human anatomy. When the animal is meant, the expression alludes to slowness, stupidity, awkwardness, or obstinacy. So, we have half-assed, silly ass, bad ass and asshead.

Ass, in both senses, dates to AD 1000. Ass, the animal, evolved from the Latin, asinus (ass; fool). It entered Middle English as acce.

Mules are hybrids, offspring of interbreeding between a male ass and a female horse. An old word, mule entered Old English as mul, from the Old French, mul. The ultimate source is the Latin, mulus (mule).

Mules are notoriously stubborn, a characteristic that spawned mulish, mulishness and mule-headed. The related expression, stubborn as a mule, dates to 1470.

Ape, a derogatory term for a black person, also means “thug.” To ape out is to lose control and, if you go ape, or are apey, you show instability.

Everyone knows a wolf is a sexually predatory male. This meaning arose in the mid-1800s. Then, in the 1940s, wolfess emerged denoting the wolf’s female counterpart.

No one likes a weasel, so, naturally, this egg-stealer is found in insult vocabulary where it refers to a sneak, or to one who evades responsibility. To weasel out is to wriggle out of a promise or duty. In prison jargon, the weasel is synonymous with rat.

Aside from the police connection, rat appears in such insults as ratty, rat bastard, ratface, rat fink and rat bag. Also, if you have rats in your attic, you are not all there.

Pigs have always been viewed as gluttonous, but the idea of them as dirty and contemptible is attributed to Martin Luther (1483-1546). Luther referred to Henry VIII as, “a pig, an ass, a dunghill ... a mad fool with a frothy mouth.”

If you are obstinate, you are pig-headed; if you keep a sloppy home, you live in a pigpen or pig sty; if you pig out, you overindulge in food or drink; if you are pig-ignorant, you are stupid.

The relatively new insult, male chauvinist pig, arose only in the 1960s, but police officers as pigs dates to the early 1800s.

Let’s look at creepy-crawlies next week.