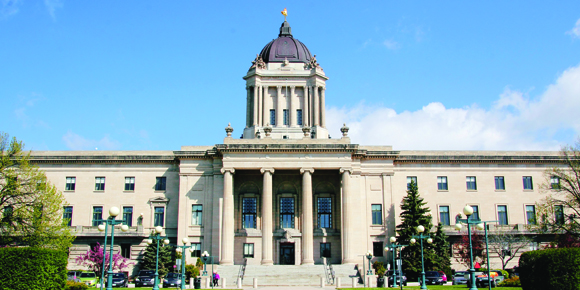 The provincial election is now behind us and the challenge of governing will confront the incoming government in dramatic fashion. One thing for certain, we need to focus on building our economy.

The Business Council of Manitoba supports policies and programs designed to make Manitoba a stronger province and that make us more competitive. It is a growing and prosperous economy that generates employment, which, subsequently, generates the personal and business incomes that are taxed to support health, education, infrastructure and other programs.

The Business Council has annually responded to the province’s annual budget consultation process. Representing the CEOs of leading Manitoba-based corporations, the council has commented on elements critical to our province offering positive contributions to the future direction of government policy.

Our interest is in shaping policy, which not only fundamentally impacts our businesses, but also the livelihoods of the tens of thousands of Manitobans employed in our member businesses, and the level of prosperity enjoyed by our citizens throughout Manitoba.

The incoming government has told us of some of the steps they will take to ensure that Manitoba becomes more competitive and grows and prospers.

We believe a rising level of prosperity should be our overall objective for the province. Manitoba has the potential and our businesses and our citizens have the will. We need committed political leadership.

The starting point for a prosperous growing economy is to have a sound, stable fiscal framework. Unfortunately, increasingly large provincial deficits continued for too long, and last year’s deficit will likely be larger when the final accounts are in. Adding to an already high deficit, at a time when Manitoba’s bond rating is jeopardized, is not in the interests of taxpayers.

The March 8 fiscal update confirmed a larger deficit and slower growth. The result was a negative outlook for the province as seen by those who lend us money. With a forecasted deficit of $773 million, the resulting published credit implications for the province were negative.

In our last submission to the government, we warned of the danger of rising interest costs. Those annual interest costs exceed $800 million annually. And once interest rates begin to rise, as they surely will in the near future, the situation worsens.  Even today, an amount equivalent to our entire deficit and more is going to pay interest, not on programs for Manitobans. This is an unhealthy position and one that is not sustainable.

A very simplistic analysis of the debt demonstrates the significant impact of higher interest rates. Should interest rates increase by only one per cent on the current total gross government borrowings of $36 billion, the result would be an additional expenditure of as much as $362 million (one per cent x $36.246 billion). To put this in another perspective, the increase in interest costs would account for an additional 2.4 per cent of the total summary expenditures for the provincial government in 2014-15.  A larger interest rate hike would have a bigger impact.

Interest costs are a drain on Manitobans and our economy. Not only do high interest costs impede our ability to provide services, interest payments are a transfer of tax dollars from working Manitobans to those lending us the money, wherever they may be in the world.

What should we do? Our suggestion for the incoming government is to practice expenditure control while working toward a balanced budget over a defined period. And equally as important, we need to put in place policies and programs aimed at increasing jobs and employment opportunities throughout our province, increasing the overall level of prosperity, promoting trade and improving our ability to attract investment. A growing economy yields part of the solution — a growing tax yield, without increasing tax rates.

To get there we need a competitive economic climate. Let’s start now.

(Don Leitch is the president and CEO of the Business Council of Manitoba.)