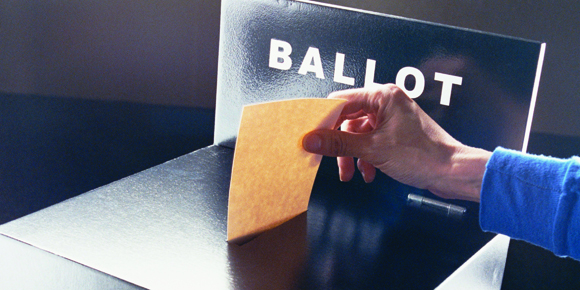 Suggestions of alleged wrongdoings and name-calling are nothing new in Manitoba politics. The accusations being bandied about today have a nuance to them that are perceived to paint a particular party leader in an unfavourable light, despite how far a stretch is needed to make any such connection become reality. That’s politics. And, politics can be nasty when attempting to score points with voters.

How nasty? Consider this example from the past. Five years after a fire swept through Manitoba’s first Legislative Building, the Quiz newspaper was still perpetuating the myth that former Manitoba Attorney-General Henry Clarke was somehow responsible for the fire. The publication, which used satire to score political points, warned not to elect the “firebrand” Clarke for a provincial government seat. But if he was elected, the newspaper said it was advisable for Winnipeggers to double their fire insurance.

“Remember the Parliament Buildings, and tremble,” the Quiz warned on November 23, 1878.

According to the myth mentioned in Quiz, “Clarke must make a smoke wherever he goes,” implying Clarke was careless enough with his pipe smoking to have started  the December 3, 1873, fire in Manitoba’s “Parliament Building,” which was actually the home of local businessman and politician, A.G.B. Bannatyne.

It was an entirely false claim, as Clarke was not in the building when the fire broke out at 9 p.m. — the only people in the building at the time were the caretaker, his wife and their children —  and it was generally felt that the fire had originated in a stove pipe. In fact,  when the fire broke out, Clarke was extremely ill and at home in bed, so he could not have set the fire.

In an interview following the fire, caretaker Crowson told the Manitoban on December 6, 1873, that the attorney-general was the only other person to have a duplicate set of keys to the building. In addition, he said, Clarke was in the habit of working late, which may have  contributed to the creation of the myth. Crowson said he knocked on the attorney-general’s upstairs office door after giving the alarm, but got no reply.

“No one had been, to my knowledge, in the offices during the evening of the fire,” he added.

While the fire was well underway, ammunition in Clarke’s office was set off, resulting in sharp reports penetrating the bitterly cold night air. Clarke had the cartridges in his office to load a pistol as protection against threatened attacks on his person following the bitter debate over the incorporation of Winnipeg as a city. The Manitoba Free Press claimed the exploding ammunition was “anti-incorporation” cartridges.

Months earlier, Clarke proposed the first amendment to the incorporation bill with the intention of changing the name of the new city from Winnipeg to Assiniboia. Although the motion and other changes failed to gain the necessary support in the legislature, a furor was still created.

“When it became known ... that the incorporation of Winnipeg bill was being cut, slashed and butchered beyond recognition of its promoters ... public indignation knew no bounds. The public, long as they have been accustomed to injustice at the hands of their lawmakers, were astonished at this new piece of legislation,” according to a Free Press editorial on March 8, 1873.

The “indignation” of Winnipeggers was so extreme that a group assaulted and attempted to tar and feather Dr. Curtis James Bird, the member from St. Paul and the  speaker of the legislature, who ruled against the incorporation bill because it reduced the province’s ability to collect revenue from licence fees.

On November 3, 1873, a month before the “fire fiend” struck the Manitoba legislative building, the assembly passed the act of incorporation for the new city of Winnipeg. Despite retaining its original form, bitter memories of alleged

obstruction of the act by Manitoba

legislators, such as Clarke, still permeated the province.

“How greedily the fiery tongues licked up the spot on which stood the Attorney-General when he proposed to ‘clip the wings’ of the incorporation seekers,” reported the Free Press on December 8, 1873. “With what grim pleasure the fiend devoured that portion of the floor once occupied by the gentleman who misrepresented Winnipeg and St. John’s, and who, with might and main, secured unto the fiend the privilege which it now enjoyed.”

In the heavily-charged political atmosphere of the day, it was relatively easy to cast Clarke as the villain and claim he was responsible for starting the fire, despite Crowson saying the fire “certainly originated in the ceiling over the down stairs passage.”

Yet, Crowson didn’t rule out someone entering the building without his knowledge and starting the fire, which for the conspiracy theorists of the day was enough to brand Clarke as the fire starter.

Without a specifically-built building for the legislature, it was decided to hold sessions and create government offices in the home of Bannatyne, which was described by the Manitoban on January 21, 1871, as “the best and most commodious building for the purpose in Winnipeg, and occupying a central situation as regards the Province generally.”

Bannatyne’s home was located on

McDermot Avenue, a little east of Main Street. A plaque unveiled by Manitoba Lieutenant-Governor R.F. McWilliams on October 14, 1950, at 432 Main St. (Banque Canadienne Nationale — National Bank of Canada), bore the inscription: “Nearby in the home of the Hon. A.G.B. Bannatyne the first legislature of Manitoba met on the 15th March, 1871.”

When the fire broke out at 9 p.m. on Wednesday, December 3, within “a few minutes there were several hundred people surrounding the building,” according to the Manitoban. Still, the people willing to fight the fire were hampered by the absence of water which the newspaper claimed would have saved the house.

“The windows were broken open on the second story (sic), and then commenced a scene that almost baffles description. Chairs, tables, desks, books and papers were hurled out indiscriminately, and amidst the confusion it is feared many valuable documents have been lost or destroyed.”

As it turned out, the fire consumed valuable documents which could have been later used to shed additional light on the early history of the province.

As for Clarke, he was never able to

escape the “fire-brand” label and the

animosity he earned from a well-

orchestrated campaign to tarnish his reputation, which was helped by the fact that his temperment made him particularly good at making enemies. He resigned from government in 1874 and settled in California. He returned to Winnipeg in 1877, and ran unsuccessfully for the constituency of Rockwood in the provincial elections of 1878 and 1879. Clarke died in 1899 and is buried in Pembina.