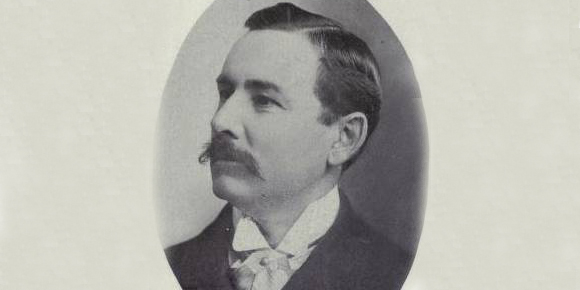 Following the January 3 and 4, 1917, recount, the Winnipeg Tribune pointed out that within a week the city had three mayors. “R.D. Waugh held that position until Tuesday (January 1), then Mr. (David) Dyson held it until the recount and now Mayor (Frederick) Davidson is in control.”

Since Davidson was declared mayor, he resigned his council seat and a byelection for Ward 4 alderman became necessary.

When Davidson became mayor-elect (he still had to be officially sworn into office), Dyson’s supporters filed a protest with Judge Robert Myers.

Acting on behalf of Dyson, H.J. Symington said the election was protested because many ballots were cast by persons who voted more than once for mayor (Tribune, January 6). Other charges were that ballots were marked by impersonators and that Davidson had not received a lawful majority. The petition also asked Judge Myers to either declare Dyson elected or declare the whole election null and void, which would necessitate a new round of civic elections.

Meanwhile, Winnipeggers were still left wondering who was actually mayor.

F.J.G. McArthur, the legal representative of J.W. Morley, who had filed for the recount on behalf of Davidson, gave his legal opinion that Waugh was still mayor under the city charter and that he would stay mayor until “his successor was clearly appointed.”

“Some thought Mr. Dyson is still entitled to the post, until Mayor Davidson is sworn in. Others believed that Mayor Davidson can be considered the mayor, as he is the mayor-elect.

“R.J. Waddell (the third-place mayoralty candidate in the December 15, 1916, civic election) said that he should be mayor until his opponents settled the difficulties they are in. City Clerk C.J. Brown declared that Controller (an elected position) J.W. Cockburn, acting mayor, should assume control.”

Dyson had vacated the mayor’s office as soon as the results of the recount were made public.

“We based out protest on the ground of corruption and we will demand the list of names of those who voted more than once for mayor,” Dyson told the press while in the office of his solicitor, J.B. Hugg. “There is not the first particle of blame to be attached to Mayor Davidson for the trouble which had occurred. We intend to go to the limit in sifting (through) the election situation ...

“I wish to add my emphatic protest to the gross irregularities in this municipal election which have come to my notice during the last two or three days. Furthermore, the time has arrived when the chance for illegal plural voting for mayor and controllers should be done away with.”

Dyson said he was satisfied to accept the result of the recount in favour of Davidson, but still wanted an investigation into the proceedings of the mayoralty election to determine “whether or not a bona fide expression of the will of the electors was obtained.”

Actually, Dyson’s protest owed a lot to an earlier investigation by A.A. (Abraham Albert) Heaps, a member of the Social Democratic Party and future MP for Winnipeg North, into the Ward 3 election for alderman, which showed that voting irregularities had occurred during the civic election. Heap uncovered instances of voter impersonation and dead people casting ballots. Even as the mayoralty race was being protested, Heaps continued an “unofficial” protest into the election of A. Skaletar as alderman for the ward.

On January 8, 1917, he wrote a letter to the “mayor, controllers and aldermen” of the city, charging “corrupt, fraudulent and ill practices on the part of the deputy returning officer at poll 33, A to K, one J.L. Stein, whom I charge was an agent of Skaletar,” and called for an investigation into the Ward 3 election.

When Skaletar was interviewed by a Free Press reporter (published January 10), he said he had no political organization to support his candidacy and had nothing to do with the appointment of scrutineers at the polling stations.

He said he only entered the race for alderman at the last moment after being asked to contest the ward by “prominent men.”

“Yet, I was not active in the election, and if anything improper was done in my behalf, which I absolutely do not believe, I had no knowledge of it. I will go as far as to brand what Heaps says a deliberate lie.”

Somewhat suspiciously, Skaletar’s son did act as a poll clerk. “I believe he went to the poll intending to act as a scrutineer (for Skaletar) and found no poll clerk in attendance, and that it was then that he should fill the vacancy.”

He accused Heaps’ supporters of using “every dirty trick they could to defeat me.”

Mayor Davidson referred Heaps’ charges to the city’s solicitors, but since there wasn’t an official protest filed, the complaint was soon forgotten.

An editorial in the January 10 Tribune — a strong supporter of Davidson — accused other newspapers’ “scribblers” (especially those of the Telegram) as being a nuisance, “babbling nonsense ... to the public in connection with the recent civic election.”

The editorial claimed that the recount validated Davidson as mayor.

“He has a clear conscience, and so have those who actively supported him, with respect to the conduct of the campaign ...

“The public will weigh very carefully the cause of the present opposition to Mr. Davidson. The high office was tendered to him by the free will of the people, and the efforts now made to deprive him of it will meet with the defeat so well deserved by those who now hold up their hands in ‘Holy Willie’ fashion of protest against what seemed to them a very small and indifferent matter when the ballot majority appeared on their side.”

The charges and counter-charges came to not, as Judge Myers dismissed Dyson’s protest (Tribune, February 14, 1917).

Judge Myers found that at least 25 electors had been impersonated, but it was impossible to determine on whose behalf the frauds were committed.

He said a “scandalous state of affairs existed at the city election,” and suggested that the Manitoba attorney-general make an effort to punish the wrongdoers.

“I do not believe the prominent men mentioned as having voted twice, did so deliberately,” said the judge. “Several of them voted twice innocently, and had no intention of breaking the law. There may have been irregularities, in that several business men voted for mayor downtown instead of in their residence polls, but I do not think this had any effect on the result of the voting.”

In reality, civic elections of the era were controlled by “prominent men,” who believed in their right to determine who was or was not elected. The vast majority of successful candidates came from their ranks.

“Very early in Winnipeg’s existence as an incorporated community,” wrote Alan Artibise in his book, Winnipeg: An Illustrated History, 1977, “the city’s businessmen reached a fundamental agreement on the role the municipal corporation should play in the affairs of the city. They sought an administration that would attend to the finances and day-to-day processes of municipal government in a businesslike manner and, when called upon, would use public funds to promote the growth they desired, and thus protect and further their own interests.”

In the 45-year period until 1913, a total of 500 aldermen and controllers were elected, but less than five per cent could be classified as being workers or artisans, since the city’s election laws — particularly the property qualification and the ability to cast a vote for alderman and controller in every ward where property was held — disenfranchised labour and disproportionately favoured the commercial elite. A businessman could technically cast a vote in each of the city’s then seven wards as long as he owned qualifying property in each ward.

“The importance of such a law is revealed by the fact that in 1910 it was estimated that the civic voters’ list had six thousand repeaters” (Artibise). In fact, some individual’s names appeared on printed voters’ lists as many as 10, 15, 30 times and upwards. In 1910, the name of ex-Mayor Alfred Andrews appeared in no less than 66 polling stations.

It wasn’t until 1965 that plural voting was abolished in Winnipeg civic elections.

Once the judge’s decision in February 1917 was made, Dyson shook hands with Davidson, and the question of, “Who’s the mayor?” was finally