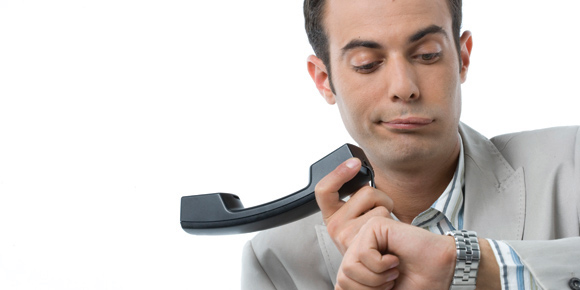 The way we go on excusing ourselves, you’d think we majored in Excuses 101 in school. It’s human nature, I guess. It’s just too darned tempting to come up with an excuse, rather than simply say, “I’m sorry, I goofed!”

After all, it’s just a little white lie, right? What’s the harm?

But consider the following examples.

• January — People spent all their money over the holidays.

• February — All the customers have gone south for the winter.

• May — Too much rain. Farmers are distressed.

• July — The heat has everyone down.

• August — Everyone’s away on vacation.

• September — Everyone’s back from vacation and broke.

• October — Customers are waiting for just the right sale and not buying yet.

• November — The sales weren’t good enough and people are now saving their money.

• December — Everyone needs their money for the holidays.

• “Your table will be ready in a couple of minutes.”

• “Leave your resume and we’ll keep it on file.”

• “Give me your number and he’ll call you right back.”

• “I need just five minutes of your time.”

• “This hurts me more than it hurts you.”

• “All circuits are busy, short waits may be encountered.”

• One size fits all.

• “Listen, that light was definitely green!”

• “I was just sitting there on the school bus, minding my own business.”

• “This dog would never bite you, he’s just friendly.”

• “When I was your age, I worked for everything I got.”

• “Call volumes are unusually high, but your call is important to us ...”

And, how’s this for stick-handling:

And the Lord said unto Noah: “Where is the ark which I have commanded you to build?”

And Noah said unto the Lord: “Verily, I have had three carpenters off sick; the gopher-wood supplier hath let me down, even though I ordered the materials 12 months ago; mine sub-contractor hath gone bankrupt; the pitch thou commandeth me to put on the outside and inside of the ark hath not arrived; the plumber hath gone on strike; and Shem, my son who helpeth me on the ark side of the business, has quit to form a rock group. Lord, I am undone.”

And the Lord grew angry and said:  “And what about the animals, the male and female of every sort that I ordered to come unto thee to keep their seed alive upon the face of the earth?”

And Noah said unto the Lord: “They have been delivered unto the wrong address, but should arrive by Friday.”

And the Lord said: “And what of the unicorns and the fowls of the air by sevens?”

And Noah wept and replied: “Lord, unicorns are a discontinued line and fowls of the air are sold only in half-dozens. Lord, you knoweth how it is these days.”

And the Lord, in his wisdom said:  “Noah, my son, I know. Why else do you suppose that I have caused a flood to descend upon the earth?”