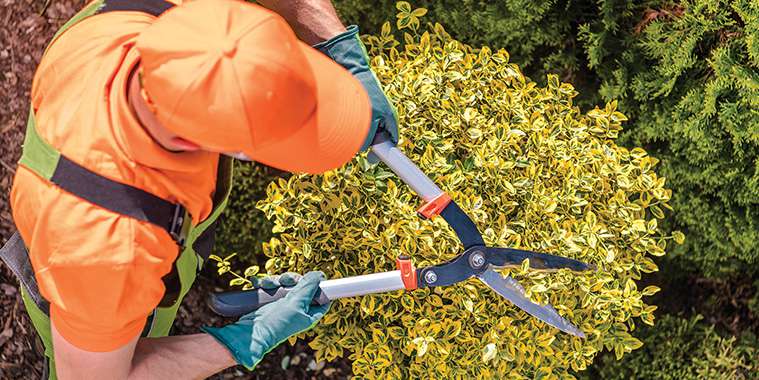 Types of perennials you need to prune right now

Pruning your perennials every spring is a task that can throw off the gamut of gardeners. But whether you’re seasons into your gardening life or a budding beginner, knowing when and how to prune your garden is critical for a plant’s leafy future.

We know it can be tough at first to take shears to a healthy plant and prune living stems and branches. But we promise it’s the best way to keep your garden growing healthy and strong.

To help homeowners get past the fear or confusion of pruning, we asked gardening and horticultural experts the most pressing pruning questions. So here’s a handy guide answering everything you need to know about spring pruning, including all the plants you’ll want to be sure to prune sooner rather than later this season.

Before we dive into the plants that need to be pruned every spring, let’s dive deeper into why pruning is crucial.

“Pruning is beneficial to a plant’s overall health because it helps to promote new growth, remove diseased or damaged parts of the plant, and improve air circulation,” says Kristina Matthew, co-founder of Gardeningit.com

Besides encouraging healthy growth, pruning also makes your garden look better. So go ahead and clean off those gardening prunes! Here are the three types of plants you’ll want to prune this season.

Certain woody perennials that bloom later in the season (like lavender) will do best with a good haircut every spring.

“Most varieties of lavender aren’t especially tolerant of cold, bitter winters, so it’s always prudent to wait for the last frost to pass before pruning these plants ahead of the new season,” says Andrew Gaumond, horticulturist and director of content at Petal Republic.

Prune it: Wait until you see new growth on your lavender plant, then cut back the dead stems growing above it. Be sure not to cut into the woody bits of your lavender, as you risk damaging the plant.

Other early-blooming woody perennials that will appreciate a spring haircut include firebush, firespike and various salvias.

Leave it: Hold off on pruning other early-blooming woody perennials and trees, including lilac, forsythia, rhododendron, hydrangea, and magnolia. Instead, prune these later in the season to avoid snipping off any new blooms.

Many herbaceous perennials (plants that die back each season rather than leaving woody bits above-ground) will benefit from an early-season trim.

“The start of spring is a great time to cut back old, dead stems and foliage of perennials to tidy up the garden and prepare for fresh spring growth,” says landscape designer Henry Scott, of Pehrsson Scott. “These include plants such as verbenas, achilleas, geraniums, anemones, and deciduous ferns.”

Prune it: Scott recommends cutting herbaceous perennials down to the crown, where leafy growth is beginning to emerge. Where there is no crown (in plants like peonies and delphiniums), cut the stems right down to soil level.

Leave it: Most gardeners prune plants in either fall or spring. So if you cut back any of your herbaceous perennials in the fall, it might be best to leave them to their regrowth during the spring. Or if you need to tidy up the garden, cut them back very minimally.

Toward the end of their dormant season (i.e. now), you’ll also want to prune your evergreens to ensure they have enough time to grow new shoots and harden before the next winter season.

“Many evergreens need a spring pruning to maintain their form and size,” says Roger May of TruGreen. “Some will grow quite rapidly once established and become overgrown if not maintained.”

Prune it: Tory John, CEO and Owner of Pond Academy recommends “removing the five D’s: dead, dying, damaged, diseased and deformed branches. [This is] required to keep your evergreens healthy and in shape.”

Leave it: Prune sap-bearing deciduous trees like birch, elm, and maple later in the season when they’re less likely to leak sap.

Timing is everything when it comes to pruning. Once the weather starts to warm up, it’s best to trim your garden before too much new growth comes in.