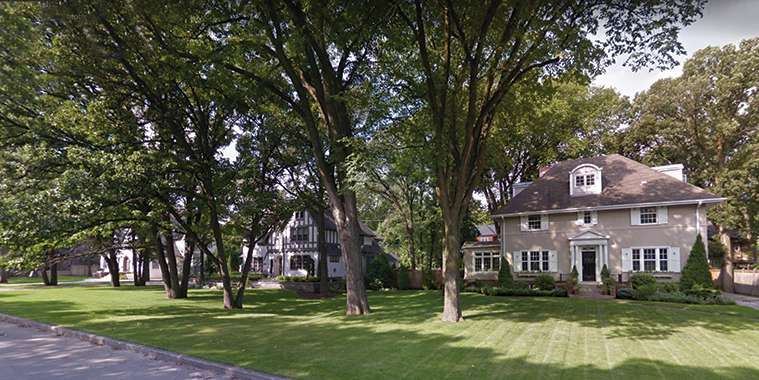 River Heights — one of the older neighbourhoods in Winnipeg — is home to some of the grandest real estate on some of our most majestic tree-lined streets.

Prime shopping is located here, as well as a diverse array of fantastic dining destinations. You can also wander along Wellington Crescent for a look at some of Winnipeg’s most impressive real estate. The crescent is usually closed to all vehicles (except for residents) on Sundays and holidays during the summer which makes it a popular route for pedestrians, cyclists and joggers. With the expansion of the city’s Enhanced Summer Bike Route Program, this route will again be closed to traffic daily from 7 am to 9 pm once the proper signage is in place.

River Heights, once a Parish of Saint Boniface, became a part of Winnipeg in 1882. It was originally one of two neighbourhoods — along with West Fort Rouge — making up the South End of the old City of Winnipeg. River Heights’ original residential settlement was sparked by plans for a new Agricultural College on Tuxedo Avenue along with the development of Assiniboine Park to the west of Tuxedo.

• Residential lots in River Heights were first posted for sale in the summer of 1904.

• The River Heights Telephone Exchange was built in 1929 and designed by architect Alexander Melville. It was one of only a few exchange buildings designed to blend with the surrounding neighbourhood architecture.

• River Heights has some of Winnipeg’s oldest and most opulent homes, many of which are found at the north end, close to the Assiniboine River.

• Influential men from River Heights formed The Citizens’ Committee of One Thousand and pushed to end the Winnipeg General Strike of 1919, albeit not in favour of the 30,000 striking workers.

• The Pan Am Pool was built to host the 1967 Pan American Games, and sits at the southeast corner of River Heights.

Housing in the neighbourhood

River Heights is a highly desirable, affluent urban subdivision comprised of mainly single-family homes, many with noticeable Victorian, Tudor or colonial influences. Streets in River Heights are lined with beautiful and fully mature deciduous trees including elm, ash and oak — the inspiration for some of the street names in the neighbourhood such as Ash, Elm and Oak.

River Heights sits just south of the Assiniboine River and is bordered by Wellington Crescent to the north, Taylor Avenue to the south, and Renfrew Street and Cambridge Street on the east and west respectively. Residents represent a wide age demographic with more than 60% falling between the ages of 20 and 64. There are many families in the community as well, with approximately 25% of the population being children, according to the 2016 census.

River Heights is full of history and what better way to get some fresh air than a historical walking tour with Academy Road Biz? You’ll discover some gorgeous historical homes and landmarks, like the Uptown Theatre building, St. Mary’s Academy, the Eaton Mansion and more. There’s a downloadable map of the tour available at academyroadbiz.com

After your walk, check out the many popular eateries — like Enoteca Wine Bar and Bernstein’s Deli — that can be found along Academy Road and Corydon Avenue. Lovers of fine dining are sure to enjoy fusion grill on Academy Road and 529 Wellington Steakhouse on Wellington Crescent.

DIY foodies will love the year-round Italian and Mediterrainean assortments at Piazza De Nardi. You can also find fresh local foods at the River Heights Farmers’ Market. Academy Road is also packed with cute boutique shops for all the retail therapy anyone can handle. As always, due to the current pandemic, check ahead for operating hours, availability, and wear a mask.

Just outside the neighbourhood in Grant Park you’ll find the Manitoba Electrical Museum & Education Centre where you can learn all about the history of electricity in Manitoba with fun exhibits and interactive displays.

Swing by The Golf Dome and enjoy a multi-purpose year-round facility that includes a two-level indoor driving range, mini-golf, virtual golf and sports.

Winnipeg’s popular — and world-class — Pan Am Pool is a great swimming destination. It includes two competitive swimming pools, a diving tower, a kiddie pool, a track and an indoor weight room, and also houses the Canadian Aquatic Hall of Fame.

From its rich history to local dining and shopping, there’s a lot to discover in River Heights, and an experienced REALTOR® can help find the right home for you. The Property Search tool at www.winnipegregionalrealestatenews.com is also perfect for a peek at all the current property listings in River Heights.