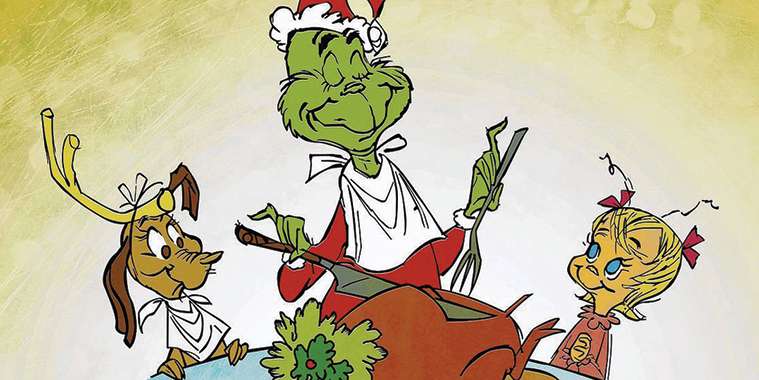 25 Christmas movies that will warm your heart

We’re all doing a lot more cocooning this year than usual. And what a year it’s been!

This Christmas, we may not be able to get together with all of our extended family in the usual way, but we can watch holiday-themed movies to help (just a little) make up for that absence.

Christmas movies present us with the ideal version of the holidays, and rewatching favourites brings on a feeling of comfort and nostalgia that everyone craves. Most importantly, though, they give us a sense of hope, which is generally the most overriding theme of these movies. Hope for love, hope for health, and hope for gathering with friends and family.

Every Christmas, my family would watch A Christmas Carol with Alastair Sim (1951). My kids always thought it was a horror movie when they were younger, but now Christmas isn’t officially here until we watch it at least once. But everyone’s must-watch list likely doesn’t stop at just one movie.

The first time Santa appeared on film was in the British short called Santa Claus which was filmed in 1898, and Santa remains by far the most popular Christmas character.

Now we’re seeing an explosion of Christmas film production, with upwards of 32 movies being made in some years, fuelled in no small part by the Hallmark channel.

Here is an incomplete list — in no particular order — of must-watch Christmas movies, and a few thrown in that you may never have heard of.

1. It’s a Wonderful Life (1946)
Yes, the granddaddy of all Christmas films. I promise you’ll cry like a baby at the end when George Bailey (Jimmy Stewart) finally realizes that he’s the richest man in Bedford Falls.

2. A Christmas Carol (1951)
Alastair Sim is the epitome of the misery Scrooge. There have been no less than 135 versions of this story made, but this one is by far the best.

3. Home Alone (1990)
Who can forget 8-year-old Kevin McCallister (Macaulay Culkin) and the crazy slew of events that occur once his parents leave for vacation without him? It’s a wild adventure that’s full of heart.

4. A Christmas Story (1983)
Watching little Ralphie Parker (Peter Billingsley) visit the department store Santa never gets old. Nor does seeing the “leg lamp” glowing proudly in the front window of the Parker home.

5. Miracle on 34th Street (1947)
When a kind old man who claims to be Kris Kringle makes it into the Macy’s Thanksgiving Day parade, he finds a skeptic in little Susan, who was raised not to believe in fantasies. Santa isn’t real. Or is he? This is the original, and best version of this story.

6. Black Nativity (2013)
Based on a 1961 play written by Langston Hughes, this story follows a teen who travels to New York City to stay with estranged relatives. They don’t exactly see eye-to-eye, which sends him on a journey of self-discovery and family bonds.

7. A Charlie Brown Christmas (1965)
What’s Christmas without Charlie Brown? Yet the film was originally predicted to be a flop. And who can ever forget the tune of the classic theme song “Linus and Lucy” as played on piano?

8. How the Grinch Stole Christmas! (1966)
Another classic animated Christmas story. Even adults enjoy watching the grumpy Grinch as he tries to steal Christmas from the wholesome residents of Whoville before his heart grows three sizes bigger.

9. Gremlins (1984)
Don’t let this adorable creature fool you — he and his googly-eyed crew wreak havoc in this comedy-horror film, which takes place over the holidays.

10. Die Hard (1988)
I know, purists don’t think this is a Christmas movie, but it’s impossible not to get a big rush of holiday spirit when John McClane (Bruce Willis) finally beats the Euro nasty (Alan Rickman) and reunites with his wife (Bonnie Bedelia)?

11. 3 Godfathers (1948)
This movie has been cast as a retelling of the Three Wise Men — and one of the only western movies to be considered a Christmas classic. What could be better than John Wayne and Christmas all wrapped up in a big bow?

12. The Shop Around the Corner (1940)
In person, they hate each other. On paper, Klara Novak (Margaret Sullavan) and Alfred Kralik (Jimmy Stewart), who are co-workers at a gift-shop, are falling in love as unrealized pen pals. An adorable love story.

13. The Apartment (1960)
Who could resist watching Jack Lemmon and Shirley MacLaine falling for each other? A movie with a bit of a dark side but still a happy ending. Also includes a tip on how to drain spaghetti if you don’t have a strainer handy.

15. Christmas Vacation (1989)
The holidays wouldn’t be the same without a visit to the Griswolds. This is a movie all about family loyalty and the true meaning of Christmas.

16. The Ref (1994)
A black comedy about a burglar (Denis Leary) who takes a bickering couple hostage and discovers that the only way to survive his encounter with their dysfunctional family is to be their referee.

17. Scrooged (1988)
Bill Murray plays a cynical TV executive who is forced to make good on his life in the same way that Scrooge had to.

18. Elf (2003)
A man raised as an elf sets out to discover who his real father is. Don’t watch this if you don’t want to see Will Ferrell in tights.

19. The Family Man (2000)
Wall Street investor Jack Campbell (Nicolas Cage) is forced to see what his life could really have been like if he’d chosen to marry his girlfriend (Tea Leoni).

20. Joyeux Nöel (2005)
In December 1914, an unofficial Christmas truce on the Western Front allows soldiers from opposing sides of the First World War to gain insight into each other’s way of life.

22. Krampus (2015)
Another holiday horror movie. A boy who has a bad Christmas accidentally summons a festive demon to his family home.

23. Arthur Christmas (2011)
Santa’s clumsy son Arthur sets out on a mission with Grandsanta to give out a present they misplaced to a young girl.

24. Nothing Like the Holidays (2008)
A Puerto Rican family living in the area of Humboldt Park in west Chicago face what may be their last Christmas together.

25. The Nightmare Before Christmas (1993)
Is it a Christmas movie? Is it a Halloween movie? If you love both, then what better way to end the holidays than watching a perfect Tim Burton mash-up?