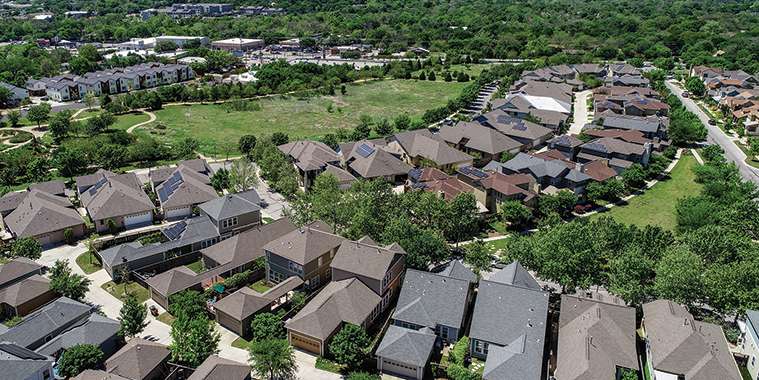 This year has really been a study in constrasts. It started out of the gates quickly, with MLS® sales in January and February each up 15 per cent over the same month in 2019, and mid-March activity was very similar.

Inventory was strong, too, with new listings on the Multiple Listing Service® (MLS®) rising 11 per cent for the first two months in comparison to the same period last year. Given solid market fundamentals — and an expanded Manitoba market region to draw more sales and listings from — there was good justification for WinnipegREALTORS® forecast optimism going into 2020.

Manitoba’s unemployment is first among provinces for the first three months of 2020 at 5.5 per cent. Interest rates are even lower than they were in 2019, notwithstanding the continuation of the federal stress test. And last but not least, Manitoba experienced a sizeable population gain of over 15,000 people — or 1.2 per cent — in 2019. More importantly, its median age of 37.4 is tied with Saskatchewan as second youngest in the country, so lots of family household formation possibilities and house hunting in store.

We all know what happened next to derail a promising start, with a once-in-a-lifetime pandemic causing unprecedented disruption and shutdown of the economy to flatten the coronavirus curve.

So how is Manitoba faring when it comes to the COVID-19 impacts on its real estate market? Better than you may think!

Let me give you a national perspective first since we are all in this together and have gotten to know other public health officials at least as well as our very own Dr. Brent Roussin and Lanette Siragusa. One chief medical officer that comes to mind is B.C.’s Dr. Bonnie Henry, whose calm demeanor and sense of direction at what to do next just wins you over.

Here is what Canadian Real Estate Association’s senior economist Shaun Cathcart has to say about the current state of Canada’s housing markets:

“So, the big picture for this data release is things are clearly moving in the right direction, probably faster than many of us would have guessed, but normal is still a ways away.

“Interestingly, under the surface, what those monthly numbers miss is this improving trend has been going on since mid-April and has continued right up through the first week of June. As such, we’re already closer (though not yet back) to normal than these monthly numbers suggest. The June numbers should show that.

“Regionally, since we all reacted to the COVID-19 lockdowns in much the same way, these trends look similar everywhere. That is, a big drop off in sales and new listings in April and a partial rebound in May. However, there are some notable regional differences.

“Several places which saw smaller rebounds in May also had much smaller declines in April. So, taken the size of the initial drop together with May’s rebound, a lot of the places with the less exciting looking numbers are a lot closer to being back to normal levels of activity than others. This is the case in Saskatchewan, Manitoba and New Brunswick.”

It should be no coincidence that all three of the provinces cited by Cathcart are well into their economic recovery plan, with steps to open things up further as they continue to achieve positive results on flattening the coronavirus curve.

Cathcart also made mention of Saskatchewan and Manitoba when it comes to house prices, stating:

“On the price side, the MLS® Home Price Index (HPI) was basically unchanged from April to May, with about half the markets covered seeing prices firm up. This is in line with sale-to-list price ratios which have also been rising again over the last month or so in many parts of the country.

“Looking at prices across the country, since the COVID-19 crisis began small declines in prices have been seen in British Columbia while declining trends already in place in Alberta have accelerated a bit.

“Further east across the Prairies, where sales have been doing comparatively much better against history than in much of the country, price trends have been stabilizing.”

WinnipegREALTORS® market region HPI, which tracks monthly price levels, has been positive all year with May reflecting what Cathcart said. With nearly one of four single family home sales going for above list price in May, it is understandable that prices are holding firm. This in part due to demand coming back faster for house purchases than new listings to replace all those that dropped off significantly in April and May.

So have we turned things around in June, as Cathcart suggests? Apparently so, based on our mid-month report. MLS® sales are looking more like the first 2½ months of percentage increases, with a 16 per cent spike over the same period in June 2019. Even condos, which have had a tough go this year, are up 7 per cent. New listings could be stronger — to make up for the large deficit incurred the previous two months — but are at least ahead of last year’s numbers.

Speaking of MLS® property types, a few have not been negatively affected by COVID-19, and some may even suggest they could actually be benefiting from what has transpired since the lockdown.

There is still more to observe before we complete the second quarter at the end of this month, but for the first 5½ months, mobile homes, vacant lots and resort properties have all been ahead of last year by over 20 per cent, with vacant lots highest at 27 per cent. Resort properties jumped from 7 sales in the first 15 days in June 2019 to 16 this year.

It should be pointed out that vacant lots listed on MLS® are predominantly located in rural municipalities, with a number of them selling as cottage lots or in cottage country.

It looks like social distancing can extend to buyers looking further afield, including in a number of Manitoba’s splendid cottage country locations. Whether escaping the confines of Winnipeg, or just wanting a real getaway to enjoy a lake sunset, interest in buying cottages in 2020 is clearly experiencing a bump-up from the last few years.