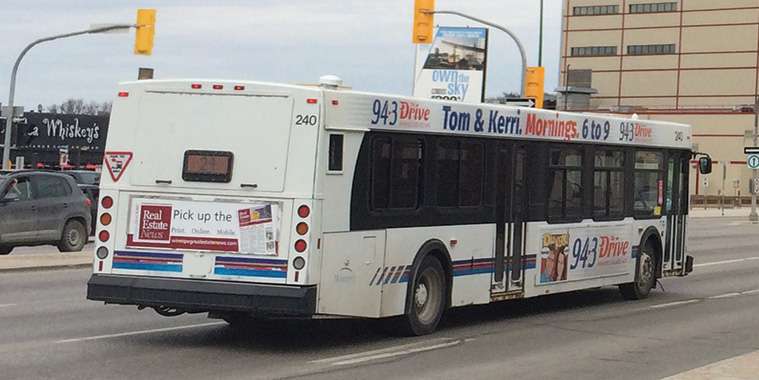 Where you catch your bus, the frequency it runs, and the route it takes could change as the City of Winnipeg develops the Winnipeg Transit Master Plan. The plan is a 25-year blueprint for Winnipeg Transit, but before any of it happens, the City wants to hear from you.

“As Winnipeg continues to grow, we need to make sure we have a transportation system that serves us now and into the future,” said Bjorn Radstrom, Manager of Transit Service Development.

“This plan aims to better connect Winnipeg communities in a sustainable and efficient way.”

One of the most substantial proposed changes in the Transit Master Plan is having different types of service to meet different needs.

The primary network would be made up of rapid, frequent, and direct lines on major streets.

The service would be designed in a way so riders wouldn’t have to check a schedule to know when the next bus was coming, because it would run frequently.

The feeder network would be made up of connector and community routes to help people move around their neighbourhood, as well as connect to the primary network.

“The things that make us late are operating on congested roadway, operating through Downtown, and making turns,” said Radstrom.

“One of the things we are doing with the Transit Master Plan is straightening routes out and making them simpler.”

He said by straightening the routes out along major corridors the buses will be less susceptible to congestion and more likely to run on schedule.

The Transit Master Plan also proposes changing the way riders catch their buses. It recommends having stops, junctions, stations, and hubs. These would be designed to make it easier to change buses or switch to another method of transportation.

The Transit Master Plan focuses on the service Winnipeg Transit provides. The plan will provide the necessary framework to then determine what infrastructure could be needed.

“It’s taking a look at the service ahead of the infrastructure, figuring out what we want the route network to be so it performs the best, and then we’d design the infrastructure to make it even better,” he said.

A network to grow with

The development of the Winnipeg Transit Master Plan closely aligns with the principles laid out in OurWinnipeg and the Complete Communities Direction Strategies, the City’s guide to land-use development.

With the proposed creation of a frequent transit service network in the Winnipeg Transit Master Plan, it is important that the city’s growth be focused as much as possible on the nodes and corridors served by these high-quality transit routes.

Aligning growth with the highest frequency transit service in the city is vital if Winnipeg is to keep developing as a vibrant, sustainable community, and meet its goals in the City’s Climate Change Action Plan.

There are several ways residents can learn more about the network changes proposed in the Transit Master Plan and share their thoughts on it.

On the City’s website you can view all the materials related to the plan, including maps of the different networks, proposed service frequencies, and greater detail about what this all means for riders.

You can also take the online survey and provide feedback to help the City plan the transit system’s future. The survey will remain open until November 24, 2019.

The City will also be holding workshops, community conversations and drop-in events to gather public input throughout the city. A full list of in-person events can be found on the City’s website.