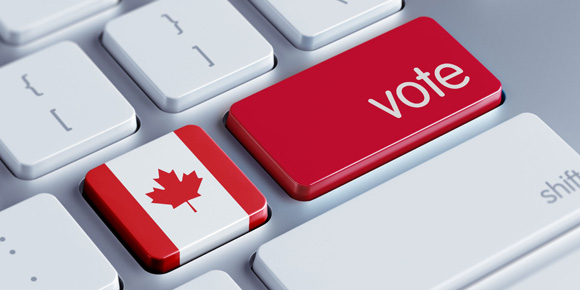 Elections bring municipal issues and partnerships to the forefront

As we head into another municipal election cycle slated for October 24 — one happens every four years — bigger cities like Winnipeg and Brandon will garner a lot of the media attention. But it’s important not to forget that there are many other cities and towns outside major cities where incumbents and new challengers will face off to win over voters’ trust to get their name marked on the ballot. School trustees will also be elected across the province.

For obvious reasons, one organization closely following outcomes of all the municipal elections in Manitoba will be the Association of Manitoba Municipalities (AMM). The AMM has a membership of 137 incorporated municipalities from around the province, which includes Winnipeg. It is non-partisan with a mission to “identify and address the needs and concerns of members in order to achieve strong and effective municipal government.” AMM plans to develop and host an Election Day website which will show the results of the October 24 municipal elections.

AMM has been very busy with many municipal concerns, but this year cannabis legalization and regulation is one they placed special focus on, going so far as to publish a special issue on the subject in their 2018 summer issue of the Municipal Leader. But there are many other concerns they address as well, such as carbon taxes, infrastructure funding, housing, immigration and economic development, to name a few. With immigration being a pillar in Manitoba’s economic development strategy, housing becomes that much more important. Growing municipalities need to plan for and create new housing supply to accommodate increasing populations.

As stated in AMM’s position on affordable housing, “Public sector involvement must complement and encourage the private sector to build housing that meets local needs, rather than create local obstacles. Cities and communities need better housing options to attract new workers, keep young families, and support seniors and our most vulnerable citizens.  As well, federal government actions, aligned with provincial and local initiatives, can be a catalyst for a stronger and more balanced housing system which will attract investment and create jobs, support new economic growth, and increase labour mobility”.

When you think of it, many of these municipal issues — if not all — have their basis in the pocketbook. The question is always, if there are increased costs to taxpayers, how do you offset them to keep property taxes down?

For example, one long-standing position of AMM, — which is in line with the position of Manitoba Real Estate Association and WinnipegREALTORS® — is to reform and modernize the education finance model so school boards are not so dependent on property taxes to make up their necessary revenues. In this instance, the Province of Manitoba will be doing a comprehensive and thorough review of its education funding model after this year’s municipal and school board elections.

From a WinnipegREALTORS® perspective — as much as the City of Winnipeg comprises the majority of MLS® sales in its market region — one out of every four residential-detached sales, or 25%, come from outside the city in rural municipalities and cities such as Selkirk and Steinbach. As well, approximately 40 per cent of commercial MLS® properties are selling outside Winnipeg this year, along with the majority of vacant lot sales.

Steinbach and the R.M. of Hanover — one of WinnipegREALTORS® MLS® areas it tracks every month along with many others in and around the City of Winnipeg — is the number one MLS® area for listings and sales. It has had as many as 500 residential-detached sales in one year, and close to 1,000 listings in a previous year.

Another indicator of what is happening outside the city was clearly evident at the Winnipeg Real Estate Forum held at the end of May. WinnipegREALTORS® Commercial Division chair, Trevor Clay, moderated a panel featuring municipal leaders representing the surrounding Winnipeg rural municipalities of Headingley, Rosser, Macdonald and West St. Paul. It was a real eye-opener regarding major undertakings and plans for residential, commercial and even industrial development. Municipalities are growing, and doing it in partnership with other municipalities, and in cooperation with the City of Winnipeg.

So you can now appreciate, when WinnipegREALTORS® publishes its monthly market releases, why they are titled the Winnipeg Metropolitan Region.  This title also happens to be the new name for what was once called The Partnership for the Manitoba Capital Region. They, like AMM, are focused on municipalities as well, but within a more defined region which includes the City of Winnipeg and 17 surrounding municipalities.

While Steinbach falls outside their boundaries, it should be noted that the mayor of Steinbach, Chris Goertzen, who is current President of AMM, has been liaising with organizations — such as the Winnipeg Metropolitan Region — because he understands how important it is to work together and build a stronger province where quality of life can be improved for all of its residents.

Goertzen served 16 years on Steinbach’s city council, 12 of them as mayor. In AMM’s 2018 summer issue of Municipal Times, as part of a municipal profiles feature spotlighting mayors not running again in this year’s municipal elections, Goertzen said about Steinbach, “We have gained relationships with our neighbouring municipalities and that has been something that certainly was my goal and I’m very proud that we’re now working together as a team in many
regards to building a region that is prosperous and successful”.

Candidates running for mayor or council should take note of municipal leaders such as Goertzen, who understand the importance of partnerships, and how progress can be made when you build strong relationships with other municipalities.

Speaking of elections, as we are now only two months away from the October 24 civic election,
WinnipegREALTORS®is presenting Mayoral Forum 2018 on October 4 from 7 to 9 p.m. at the Centre Culturel Franco-Manitobain. It will be an all-candidates mayoral forum offering the opportunity to engage with and become informed on who is vying to become Winnipeg’s 47th mayor.

Stay tuned for more information as things really get rolling next month!