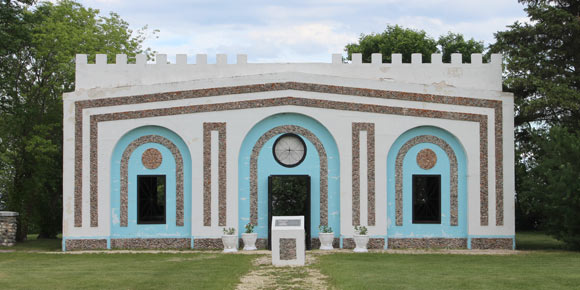 “The fetid breath of a thousand unhealthy attic homes and shanty-town residences will be blown from the lungs of 4,000 ailing children who will enjoy a ten-day holiday on Lake Winnipeg this year.”

For generations of Winnipeggers, “going to the lake” meant a short summer stint at one of Lake Winnipeg’s Fresh Air Camps that operated from the 1910s to the 1970s.

The camps were run by charitable organizations or religious groups and first appeared in England in the 1870s to counter the polluted, overcrowded, disease-ridden slums created by the industrial revolution. It was believed that taking children out of these conditions even for just a few days would counteract their effects for the remainder of the year.

Some Winnipeg neighbourhoods, particularly in the North End, mirrored the same slum conditions found in England and Fresh Air Camps began to pop up in Manitoba.

The earliest Fresh Air Camp for Winnipeg was established in 1900 as a cluster of tents in Norwood Grove operated by the Norwood Hospital and Salvation Army. By 1907, the city’s camp was run by the Methodist Church and located on Sturgeon Creek, east of Winnipeg.

The Sturgeon camp only held a couple of dozen people at a time and, thanks to outbreaks of infectious diseases, ended up becoming primarily a convalescent camp for ill babies. In 1911, the Methodist Church bought a much larger site located on the eastern shore of Lake Winnipeg, which would become known as Sparling Fresh Air Camp.

Other organizations followed suit and by the early 1920s, there were a half dozen large Fresh Air Camps in operation on the east side of Lake Winnipeg: Morton, run by the Catholic Church;  Lakeside by the Anglican Church; Robinson by the Presbyterian, then United Church; the Jewish B’Nai Brith camp; Sandy Hook by the Salvation Army; and Sparling by the Methodist, then United Church.

To coordinate their fundraising efforts, the six camps formed the Winnipeg Association of Fresh Air Camps. It held a tag day each year and the daily newspapers hosted their own fundraising campaigns with money going to the association. In 1935, enough was raised to send 4,000 children to camp.

When donations dropped during the Depression, the Winnipeg Foundation stepped in to pick up the slack. In the 1940s, it was partially funded by the Community Chest and by the United Way in the mid-1960s.

Of the six camps, the only one has any significant remnants of its past still intact is Camp Morton. Located eight kilometres north of Gimli, it was co-founded in 1920 by Monsignor Thomas W. Morton and Archbishop Alfred Sinnott of the Roman Catholic Church.

Born and raised in England, Morton was trained as a scientist and spent more than a decade as a physics professor before becoming a priest. He came to Winnipeg in 1919 and was appointed the parish priest of St. Mary’s Cathedral the following year.

The Catholic Church purchased a quarter section of land on the shore of Lake Winnipeg at what was known as Faxa, Manitoba in 1920. That July, a group of volunteers from St. Mary’s went out to begin clearing brush, installing water pumps and running electricity lines.

Within a couple of years, the camp could host 150 children at a time. Nearly 600 came through in the summer of 1923 alone. The church mixed in children whose parents could afford to send them to camp with the “charitable cases”, something seen as unique at the time.

Over the next few years, Morton oversaw the development of the site from a rustic camp ground into an impressive collection of permanent buildings and modern amenities, including running water, indoor plumbing and electricity.

The grounds included manicured lawns, tennis and croquet courts, lawn bowling greens, baseball diamonds and a long pier out into the lake. This made it a favourite for single-day events such as regional sports days and Knights of Columbus picnics that would attract thousands of people at a time.

The Catholic Church continued to operate Camp Morton until the late 1960s when the need to upgrade the water and sanitation plants proved too great an investment. It sold the 123-acre site to the province of Manitoba for $50,000 in 1972 and the province spent $100,000 to make the necessary upgrades.

In 1974, the province formalized their ownership of the site by making it a provincial park. Today, Camp Morton boasts fourteen family vacation cabins, six yurts, nineteen camp sites, a recreation hall and group use areas.

The old portion of Camp Morton is located just inside the park gates and a few of the original structures still exist. This includes the 15-metre tall Coronation Tower, designed by St. Boniface craftsman John Fabris and constructed in 1937. Also, the camp’s original chapel from 1922 which now serves as a picnic shelter. There’s also a war memorial, cabins from the 1940s and an abandoned pump house.

A series of detailed interpretive plaques dot the old site explaining the camp’s history and the story behind each structure.