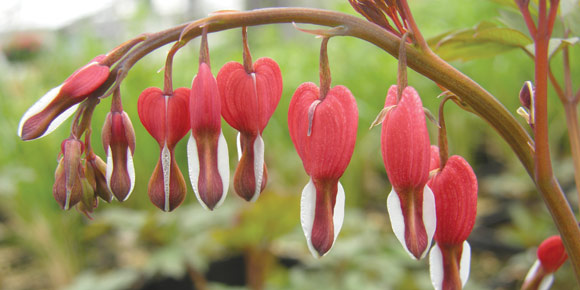 10 things to do in early spring

1. Can you save that Easter lily?

Sometimes people ask if they can plant their Easter lilies in the garden after they’ve finished flowering and if they can keep them coming back over consecutive winters. You can. However, the odds of success are pretty long. You need lots of snow cover and a mild winter to keep them returning — maybe. The alternative is to dig up the lily bulbs in fall, store them in a very cool place (under 10 C), and then plant them where there is plenty of light in January. It’s a far more arduous task than most gardeners are willing to undertake.

2. When to start seeds

Check the package directions, but the rule of thumb for planting seeds indoors is generally to do so about six weeks prior to planting out. For most seeds, that means starting them about mid April for planting out in late May. Sweet peas would be among the exceptions. Plant these seeds directly in the ground as soon as the soil has thawed and can be worked.

Considering the weather this spring, any planting out will take place quite a bit later — probably closer to the end of April.

With the days now much longer, you should be starting to fertilize. For most plants, a balanced fertilizer where all three number are the same, is just fine. Remember to follow directions. More is not necessarily better — over-fertilizing could burn the plant roots. At the very least, over-fertilizing will create harmful salts build-up.

Now is the time to band your trees or make sure that the Tanglefoot you applied in the fall is still sticky to discourage the spring canker worms. Sometimes just stirring up what is there will do the trick, but you may have to reapply some Tanglefoot.

5. Getting rid of salt

You may be worried about salt damage to your trees and shrubs after a severe winter such as this, so just to be cautious, rake the sand away from the tree then flush the soil thoroughly with your garden hose to wash away any excess salt. Some trees and shrubs, such as elms, cottonwoods or lilacs, can handle a lot of salt. Tests on the Broadway elms showed very little salt residue in the soil despite heavy salting by the city. These two varieties are salt tolerant and actually absorb the salt into bark, twigs and leaves. They are also good at cleaning up certain heavy metals and other contaminants in the soil.

If you’re looking for shrubs that withstand a little salt, lilac is an excellent choice and so are potentilla, hydrangea, mock orange, sumac, roses and cotoneaster.

7. What to do about pet spots in spring

Pet spots are caused by urea or the excess nitrogen that is derived from ammonia. This burns grass. There are no magic solutions. You can try irrigating the stains early in spring and if the roots are still intact, the grass may regrow. If it is dead, irrigate and then either put down some composted soil and reseed or cut out the damage and replace it with a piece of turf.

8. When to use dormant oil

Spraying trees with dormant oil will help control insect pests that lay their eggs in the crevices of twig and bark. The temperature needs to be about 4 C and stay that way for 24 hours, but the spraying should be done before the buds begin to swell.

9. The best time to prune

Now, before trees come out of dormancy and while you can still see the branches and twigs, is the best time to prune. Look for any damaged branches and cut them back to the main stem. Always prune next to a node where the bud faces away from the plant. Cutting between nodes and leaving a stub is an invitation to disease. The stub will die back, anyway.

As the snow melts, you may see patches of gray or pink snow mold growing in the grass, especially where there are matted leaves or other debris. You will want to break this up and let the air in, using a bamboo rake, as soon as possible. But when it comes to the heavy raking, wait until the lawn is dry before giving it a thorough going over. After raking, you can top dress with compost and add some grass seed. By May, your lawn will look full and rich and the new grass will help to keep down any incipient weeds.

Dorothy Dobbie is the owner of Manitoba Gardener magazine, which is celebrating its 20th anniversary in 2018. For subscriptions go to localgardener.net or call 204-940-2700.