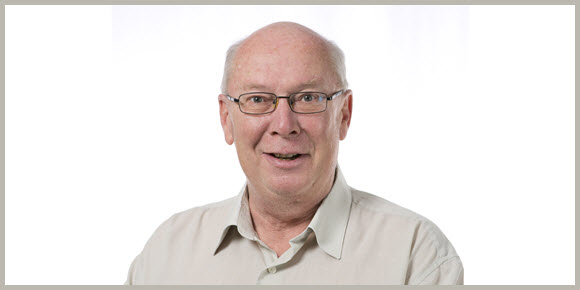 Thank you to my readers

This is my last issue of the Real Estate News. I am retiring after over 29 years as its editor. I took over that position with the newspaper on June 19, 1989, from Jim Shilliday.

What I appreciate the most is the support I have received from readers of the REN. Through the years, readers have sent letters and emails and called me about the content of the newspaper. Readers didn’t always express approval, but I can honestly say that the favourable comments far outweighed any complaints. That was the most gratifying aspect of being the newspaper’s editor for so many years.

Of particular note is the support I received for the Heritage Highlights series of articles I wrote for the newspaper. The series had already been existence when I took over as editor, but I had the honour of ensuring it would continue by taking over the authorship of the articles.

What the comments from readers revealed is that Winnipeggers and Manitobans are extremely interested in the history of their city and province. In that direction, I was on occasion asked to do presentations on some aspect of Manitoba’s history to historical and genealogical societies. That in itself was quite gratifying and I was more than pleased to have spoken to the various groups.

It is amazing that there are so many organizations in the city and province devoted to history. Virtually every neighbourhood in Winnipeg has its own historical society, whether it be Charleswood, St. James, St. John’s, Fort Rouge, Pembina, etc.

With my retirement, the Heritage Highlights articles will also end (reprints of past articles may continue). In the meantime, for at least two weeks after I have left, the present heritage series entitled, New City Hall, will continue.

Also coming to an end is the Editor’s Comment.

No one should be surprised about the changes that are coming, as all newspapers have to adapt and readjust to the realities of modern times.

When I began with the REN, there were no computers and the Internet had yet to be invented by Al Gore. Oops!

Despite Gore’s earlier claim, he didn’t create the Internet.

In the beginning, “tap, tap, tap” could be heard coming from my office as I wrote articles on a manual and then an electric typewriter. There was no delete key as with today’s computers, so mistakes were crossed out and then the “tap, tap, tap” continued. Articles were edited directly on a paper page and the corrections indicated were then made by a typesetter.

The first so-called computer I used was little different than a typewriter, falling under the category of a “word processor.” Actually, modern computers still entail the act of typing to produce an article, but there are so many other functions on the keyboard available to a writer.

Before joining the REN, I worked as the editor of the Neepawa Press. While the newspaper possessed state-of-the-art printing facilities, it also had a couple of what can only be called museum pieces — throwbacks to an earlier era. One was a huge press still then used to print business cards. Heat rose from a molten lead cauldron as Ernie typed out letters and punctuation marks that dropped into a slot to form names and sentences. It should be noted that these letters fell into place backwards, but as an experienced pressman, Ernie had no difficulty reading what he produced.

Just to give me an idea of what printing a newspaper using this process involved, Ernie told me to pick up one of the metal molds forming a complete page of type. The lead mass required the strength of Hercules to lift. I was later told it could weigh as much as 80 pounds.

In an historical context, this process was little changed from how the first newspaper in Manitoba, the Nor’Wester, was produced in December 1859. William Buckingham and William Coldwell used a wrought-iron framed “Washington” hand press, manufactured by New York City-based R. Hoe & Company, which combined the latest improvements and had an “excellent assortment of job type, suitable posters, bills, business, visiting and wedding cards” (Manitoba Free Press, November 10, 1922).

During my tenure with the REN, the process of publishing a newspaper has evolved significantly.

Originally, pages were produced on stiff paper boards. Blocks of words forming an article were cut and pasted onto the board. The board was then shot by a huge camera and the resulting negative was used to burn a metal plate to be used in the “web” process, during which a large reel of paper goes through a large press machine in several parts, typically for several metres, and then prints continuously as the paper is fed through.

Today’s newspapers still use the web process, although in a version that is now highly computerized and doesn’t involve the many steps of having to create plates from paper boards. Instead, pages are created directly on a computer screen and a PDF of the page is sent to the printer, who then creates the plate using computer processing.

I have been fortunate to have witnessed so many changes to the newspaper business, although there are challenges that were not evident when I first joined the REN staff. Newspapers are now being forced to compete with different cyber platforms such as the Internet and social media.

The printed word is struggling to maintain its position as the daily source of “news” as advertising revenue drops off. For the dailies, classified advertising has nearly disappeared due to websites such as Craigslist and Kijiji, and other types of ads are gravitating to Internet sites. Without advertising dollars or other sources of revenue, newspapers can’t maintain the staff who produce the articles that keep the public informed about what is occurring in the world in which they live, whether on a local, national or international level.

It’s a brave new world in which newspaper have to adapt or cease to exist.

In the case of the REN, it has successfully adapted to modern-day circumstances. And be assured, it will continue to adapt, although not under my watch.

But I’ve had a good run and I am happy to have others carry on producing a first-rate real estate industry newspaper that has garnered national and international attention.

In the end, it’s the staff of the REN who I have worked with since the beginning that made the newspaper what it is today, and they will continue working to improve the newspaper long after I’m gone.

Again, I thank the many readers who have made my job so gratifying. I will miss receiving your comments.