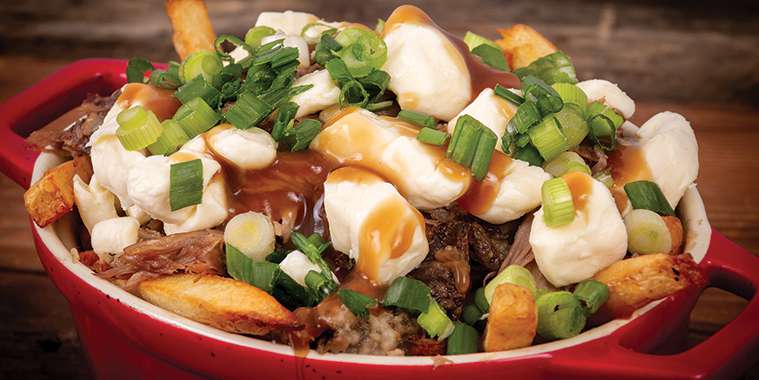 If you’re looking for an excuse to slam back a heaping plate of steaming hot poutine, then you’re in luck! National La Poutine Week is back! And best of all? It’s being extended to two whole weeks!

That’s right! National La Poutine Week is 10 years old this year and in celebration of that, the national event is being held over for an extra week of cheesy goodness! It’s running from February 1 to 14 and is guaranteed to be even more delicious than ever! And to help support local restaurants across Winnipeg, Doordash will be offering $8 off orders of $15 or more on all eligible poutine orders throughout La Poutine Week with a percentage going to charity. Now there’s no reason not to indulge!

While poutine can be enjoyed year-round, it’s particularly comforting during the colder months. What’s not to love about a heaping plate of fries and cheese curds smothered in hot gravy? And while it’s a signature cuisine of Quebec, poutine is a uniquely Canadian dish and one of national pride. With unique spins appearing on this versatile plateful with toppings that vary from maple syrup to pulled pork and even lobster, available in dive bars to high-end restaurants, what’s not to love?

It’s widely accepted that poutine was invented in  a restaurant in Warwick, Quebec, in 1957 when a regular customer asked Fernand Lachance to add cheese curds to his fries. Lachance reportedly replied, “ça va te faire une maudite poutine!” (“that will make a damn mess!”), before serving up the concoction in a paper bag. The combination became so popular with diners that in 1963, Lachance began to serve the dish on a plate to contain the mess left on his tables. When customers complained that the fries got cold too quickly, he smothered the fries and curds with hot gravy to keep them warm. So it’s understandable that the word “poutine” is actually Quebec slang for “mess.”

In Drummondville, Jean-Paul Roy also claims that he invented poutine at his drive-in restaurant in 1964. He had been serving fries in a special sauce since 1958. When he noticed that customers were adding cheese curds (he sold them in bags at his snack counter) to their fries, he added the dish to his regular menu under the name fromage-patate-sauce. Notably, Roy had to travel to Toronto to find a vendor who could provide containers sturdy enough to hold the hearty concoction.

Not surprisingly, poutine’s popularity began to spread. In 1970s New York and New Jersey, poutine was served as a late-night side dish at clubs and was called “disco fries and was made with shredded mozzarella instead of traditional cheddar cheese curds. But poutine purists know that authentic poutine has to contain “squeaky” cheese curds or “squeakers”.

Bonus Fact #1: Did you know that Manitoba’s very own Bothwell Cheese makes a scrumptious squeaker? When you eat a local poutine, chances are you’re eating one of their products. What’s a squeaker, you ask? It’s cheese in its most natural form, served the way it’s made (and not pressed into hard blocks). They have a mild, salty taste and an awesome springy texture that makes them fun to eat as they “squeak” between your molars.

Mass poutine popularization began in 1987 when a Quebec-based Burger King franchisee convinced the chain to offer poutine on its menu. The dish was so popular that the brand began selling poutine in all of its Quebec outlets, and in Ontario the next year. McDonald’s launched poutine to fast-food fame when it added the dish to Quebec store menus in 1990 before expanding the offering to other Canadian locations. Canadian chain Harvey’s followed suit in 1992, placing poutine on their menus across the country.

After that, gourmet poutine chains and restaurants starting popping up in cities across Canada, and from there, it spread to the United States and many other countries including the United Kingdom, Korea, and potato-friendly Russia, where it has been referred to as “Raspoutine”. (Oh, those Russians!)

Bonus Fact #2: At a poutine-eating contest in Toronto in 2010, Pat “Deep Dish” Bertoletti of Chicago ate 5.9 kg of poutine! Needless to say, he won.

Is your appetite whetted yet? Sure, you can make this at home. Buy why, when there’s so much local creativity out there? Don’t miss La Poutine Week and discover the incredible versatility of this uniquely Canadian dish while supporting local restaurants.