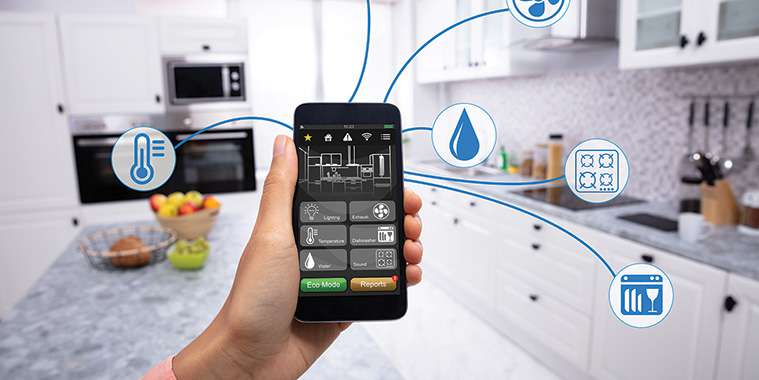 The next time your doorbell rings, you could answer it without even getting up off the couch.

While you’re in another city.

If you’re a big fan of the latest in home technology, you can make your house smarter than you ever thought possible.

For example, surveillance cameras pointed at your front door can be motion-activated and once a canvasser, a delivery person or your neighbour looking for a cup of sugar, rings the bell, you can communicate with them.

“They don’t need to know if you’re in the house or not,” said Catherine Schellenberg, president-elect of WinnipegREALTORS®.

All you need to get started is a smart phone and a wifi connection. Then, depending on your budget, take a trip to your favourite hardware or electronics store.

There you’ll find out how you can use your phone to lock or unlock your doors, lower or raise your blinds, open or close your garage door, turn on your lights and turn down the temperature.

“These are great tools for people with accessibility issues and can’t take the stairs, for example, or have a new-born baby. This makes life less complicated for them. For some people, smart homes are a necessity for them to be able to function properly. For other people, they’re a luxury,” she said.

But it doesn’t end there. You can also buy smart appliances, such as an oven or a vacuum or even sprinklers and lawnmowers, that can be started with the swipe of your finger.

If you buy a versatile digital assistant, such as Alexa or Siri, you can control all of these home functions with a simple voice command.

Smart technology is increasingly being built in to new homes and to a lesser degree in existing ones but the wide variety of features often become the focus of would-be buyers.

“It’s those little things that can really make the difference. The buyer says, ‘I’m ready to write. It’s everything I want plus more. It’s not something I was looking for but it came with the house. They’re nice features to have,’” she said.

You can also help make your house as energy efficient as possible by using smart home technology such as Google Nest. Even if you’ve set it previously to lower the temperature when you’re at work, it’s smart enough to realize when you’re home.

It’s not all that new age if you think about it. Remember The Clapper? The first-ever smart home feature, which was launched in 1984, enabled users to turn off their televisions just by clapping their hands. The Clapper is still available today.

Of course, not every technology is fool-proof. For example, cats have been known to set off surveillance cameras, prompting an alert to the homeowner.