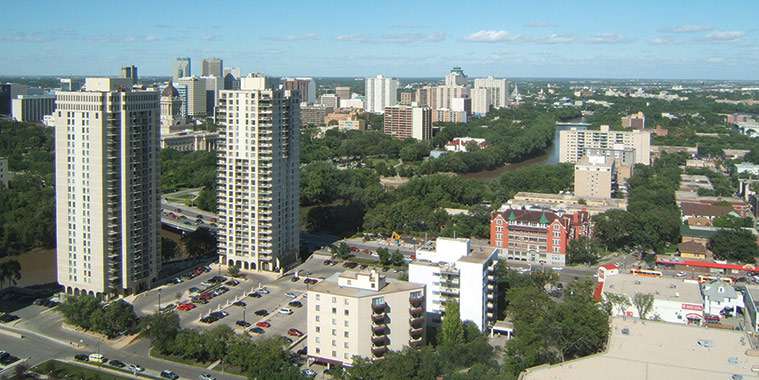 While Manitobans welcomed spring with open arms given a long winter, they also were relieved to know potential flooding threats did not come to fruition. Thanks to major engineering flood mitigating projects such as The Winnipeg Floodway — or Duff’s Ditch, as it is commonly referred to — thousands of properties have been saved over many years from the ravages of water damage.

Over 2,710 new listings were added to the market in April to create a healthy supply of nearly 5,000 listings available for sale in May. Current inventory sits at 4 months of supply. This is considered balanced from an overall market perspective.

“The strong influx of new listings this year bodes well for an uptick in increased sales as we head into our busiest months of the year,” said Ken Clark, president of WinnipegREALTORS®. “The wide choice and affordable options available for buyers will help make this a reality.”

Year-to-date sales are up 2% while dollar volume is 3% higher with over $1 billion worth of sales activity. Listings entered for the year are tracking 5% ahead of last year for the first four months.

The average sales price for single family homes or residential-detached in April was $332,185. Helping raise the average sale price up to this level were 7 sales over $1 million, including one for $2,100,000 in Tuxedo. The condominium average sale price as well saw it rise well above its previous month average to $248,284. There were some higher priced sales, one of which went for just under $1 million on Waterfront Drive.

In April, the Bank of Canada maintained the overnight lending rate at 1.75%. This did not come as a surprise since many economists state we will not see a rate increase in 2019 due to uncertainty around trade, including ratification of the Canada- United States-Mexico Agreement (CUSMA). Even an interest rate cut may be a possibility.

The Governor of the Bank of Canada, Stephen Poloz, spoke to the April monetary policy report and in addressing the housing market he said markets such as Halifax, Montreal, Ottawa and Winnipeg are seeing solid activity.

It is interesting to note Governor Poloz was in Winnipeg on May 6, 2019 as part of the Canadian Credit Union Association national conference. The Winnipeg Chamber of Commerce hosted a luncheon featuring a conversation with him.

“I appreciate the governor expressing a vote of confidence in our housing market,” said Clark. “We know Winnipeg’s market is a resilient and steady one and should continue to perform well this year.”

“Keeping a close pulse on any changes to the housing market is what REALTORS® do,” said Marina R. James, CEO of WinnipegREALTORS®. “If you are selling or buying, your REALTOR® is one call, email or text away.”