Flip through this edition online... 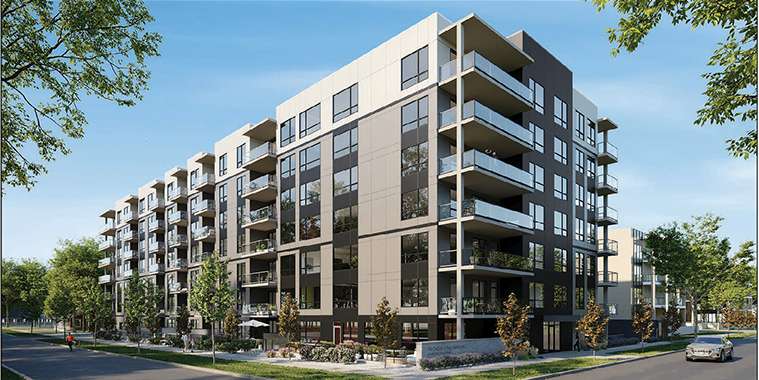 Led by 300 Main, the about-to-open 42-storey and 400-unit apartment building — which is now the tallest building between Calgary and Toronto — the Manitoba capital is seeing more multi-family units come out of the ground in a shorter period than ever before.

Here’s a snapshot of some of the crane activity in the last few years:

Just a few blocks away at True North Square, there’s 194 apartments that welcomed their first tenants in 2019, more than 100 more in the old Medical Arts Building that was transformed by Timbercreek Asset Management and another 75 units at The Avenue On Portage, just across the street from Canada Life Centre, home of the Winnipeg Jets.

On the condo front, True North is building the Sutton Place Hotel and Residences, a two-tower development with 130 luxury condos, 40 units sprung up on the site of the old Palomino Club on Portage Avenue a couple of years ago and a myriad of smaller projects are popping in the Exchange District and virtually every neighbourhood in Winnipeg.

Jim Ludlow, president of True North Real Estate Development, believes all of the various residential projects are complementary to each other and contribute to a vibrant central business district.

“They’re driving what you see in other cities — downtown living and urbanization, as opposed to people vacating downtown in the 1970s and ’80s. You can have an interesting lifestyle in the downtown core of the city,” he says.

“You don’t want to be the only Class A multi-family tower in Winnipeg. The more the better and the more you’ll see more restaurants, services and nightlife.”

Perhaps the only negative coming out of all the activity is that while the absorption of condominiums has pick-ed up recently, it still hasn’t reached pre-pandemic levels. Sales of condos were up 43 percent in 2021, according to the Winnipeg Regional Real Estate Board.

Brian Cornelsen, vice-president of multi-family development at StreetSide Developments, one of the city’s foremost condominium developers, says the overall outlook for the multi-family market remains strong.

“Winnipeg may experience pockets of higher vacancies due to the completion of large-scale projects in parts of the city,” he says.

The combination of high demand for multi-family units and long waits for certain material has forced StreetSide to be nimble in its construction.

“We have built in design flexibility into new projects at earlier stages of the development process due to building material shortages. The industry has experienced periods when lumber and other materials just have not been available for a large project and we have needed to use alternate materials,” he says.

“One-piece bathtub or shower availability has been an issue so an alternative is a tile shower and bathtub with tile surround,” he says. “Mechanical equipment may be selected based on availability instead of preference, too.”

It’s no surprise that the new apartments downtown are driving up vacancy across the city. Don White, CEO of A+ REIT, a Winnipeg-based firm focused on multi-family rental properties, says vacancy in buildings with at least 200 units is 6.4 percent compared to the city’s overall total of 5.0 percent.

New apartments are all the rage, he says, because of the kinds of amenities that older buildings simply can’t offer, such as underground heated parking, larger footprints, concierge and parcel services, dog-washing stations and additional security.

The vacancy rate of product built since 2000 is just 3.8 percent, compared to 6.5 percent for buildings
constructed before 1960.

A few office properties have been converted to residential, such as 433 Main, which recently built 94 residential units on its top 10 office floors. And with thousands of people continuing to work from home during the pandemic, and landlords wanting to fill unused space, it likely won’t be the last.

“Conversion from office to residential is a theme you’ll see take off in the next 24 to 36 months,” White says.

But it’s not a silver bullet. Cornelsen says there are a number of challenges with such development, including building code compliance, a lack of amenities or outdoor space, such as balconies, and parking.